Robert Stern in “Planned Paradise” describes the plans for Druid Hills as an ideal residential setting, and principally a subdivision with no clear town center. Located farther away from Downtown Atlanta, the Olmstead firm that designed Druid Hills may have unwittingly capitalized on the eventual desire for citizens of Atlanta to move further away upon the introduction of the car and the demise of the streetcar.

The usage of green space lawns and large houses, combined with the distance from downtown made Druid Hills a characteristically American suburb long before the phenomenon would exist as we know it. Stern noted that “in making the transition from “suburban village,” as exemplified by Riverside, to the “centerless suburb” of Druid Hills, Olmsted introduced a suburban form which would become ubiquitous across the American landscape in the twentieth century. Indeed, the centerless suburb is now so common a phenomenon that, to the unin-formed observer, the significance of Druid Hills is unapparent. But seen against the backdrop of suburban development in the United States, Druid Hills emerges as the prototype for early-twentieth-century suburbanization, in the same way that Riverside is prototypical for nineteenth-century suburbanization.”

Due to principal designer Olmsteds death and subsequent difficulties in planning for the firm, the land was sold to Asa Griggs Candler, Coca Cola Magnate and familiar name to Emory, who developed Druid Hills further into what we experience every day. 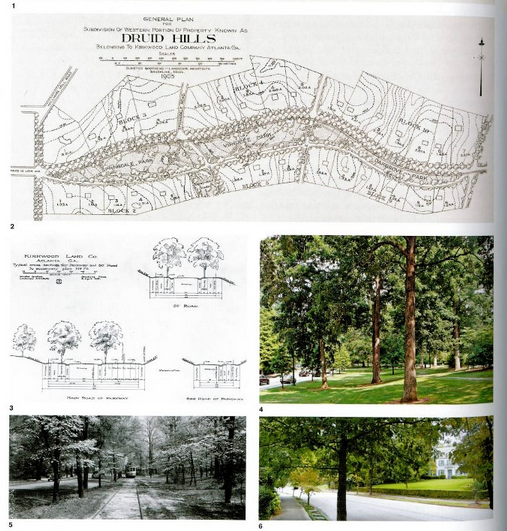 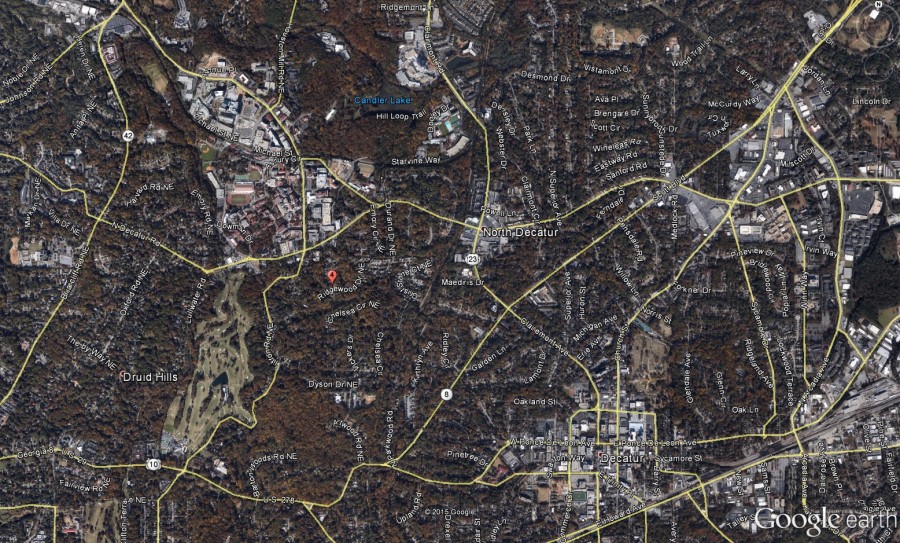