Inman Park, named for Samuel Inman, is one of the earliest planned communities of Atlanta. Originally planned to be a community primarily accessibly for the Atlanta Streetcar, the roads are narrow and the neighborhood is a short distance from Midtown and Little Five Points.

Inman Park was no stranger to the social mores of the day, and the original plans for Inman Park made it clear that it was intended as a white community, segregated from Black communities by its geographic location and primarily white form of transportation.

The Atlanta Constitution in 1896 described Inman Park as,

“High up above the city, where the purest breezes and the brightest sunshine drove away the germs of disease, and where nature had lavished her best gifts, the gentlemen who conceived the though of Inman Park found the locality above all others which they desired. It was to be a place of homes, of pretty homes, green lawns, and desirable inhabitants. And all save those who would make desirable residents have been excluded…” “It’s the prettiest, highest, healthiest and most desirable locality I ever saw. Everybody is friendly and neighborly. There are no negroes and not a single objectionable inhabitant. And as far as accessibility it ranks second to no residence portion of the city. We have three car lines and frequent schedules”

Georgia Encyclopedia describes how the town was described for the streetcar,

“In the late 1880s Joel Hurt, an influential Atlanta real-estate developer and a trained civil engineer envisioned for wealthy Atlantans a rural oasis connected to the city by electric streetcar. He organized the East Atlanta Land Company to acquire and develop more than 130 acres east of the city. Hurt named the new suburb for his friend and business associate, Samuel Inman. James Forsyth Johnson was hired as landscape designer for Inman Park. Johnson admired the work of Frederick Law Olmsted and held similar ideas about landscape and suburban development, including curvilinear street designs and liberal usage of open spaces” 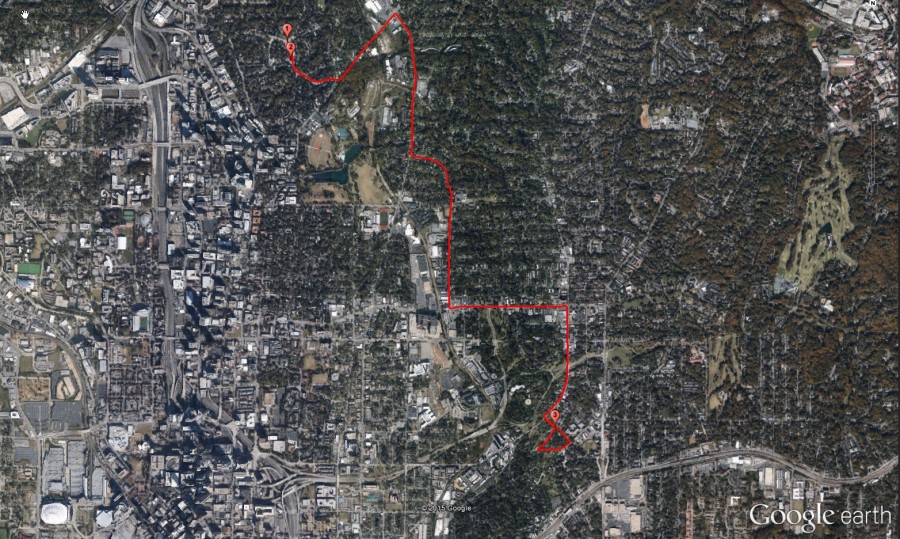 Screenshot from Google Earth showing the GPS waypoints of the Inman Park panorama, along with the track from Ansley Park to Inman Park.
Latitude: 33.764286°
Longitude: -84.353726°

A neighborhood designed for the streetcar was doomed for the eventual rise of the automobile. Like many towns across America that were designed for other forms of transportation like the streetcar, Inman Park fell into disarray after it’s original plans began to crumble under the weight of the booming automobile industry and culture. 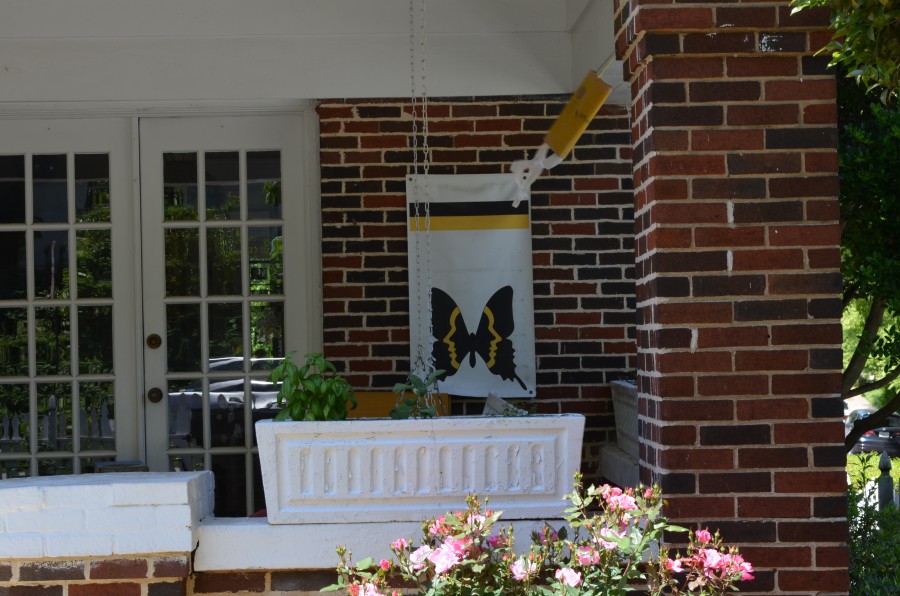 This butterfly is a symbol of Inman Park, referring to the rejuvenation of the town since the 1960’s

After years of gentrification under the lead of Robert Griggs, Inman Park now has much higher property values, lower crime rates and a higher quality of life. 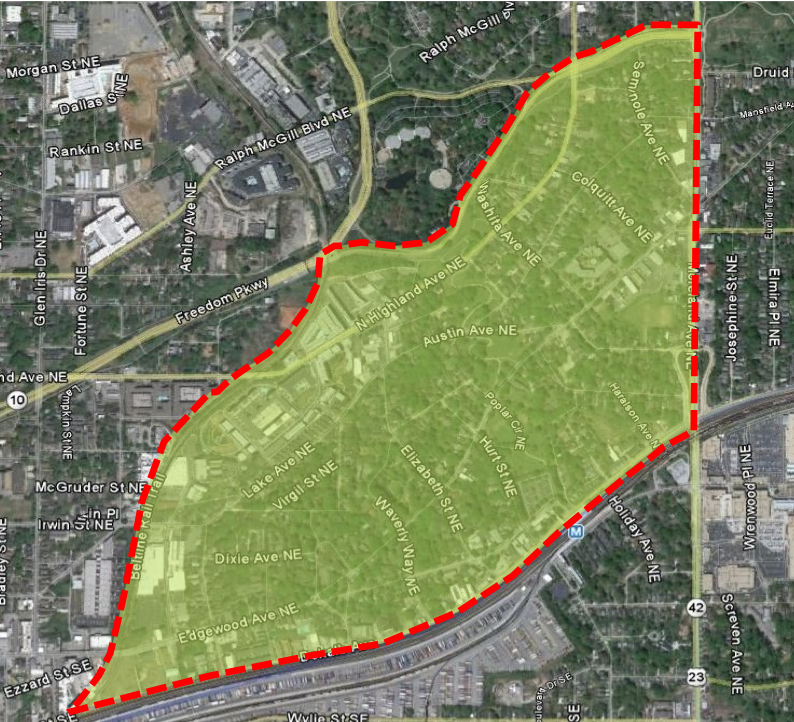 Today, as Atlanta grows as a major city, Inman Park continues to grow. 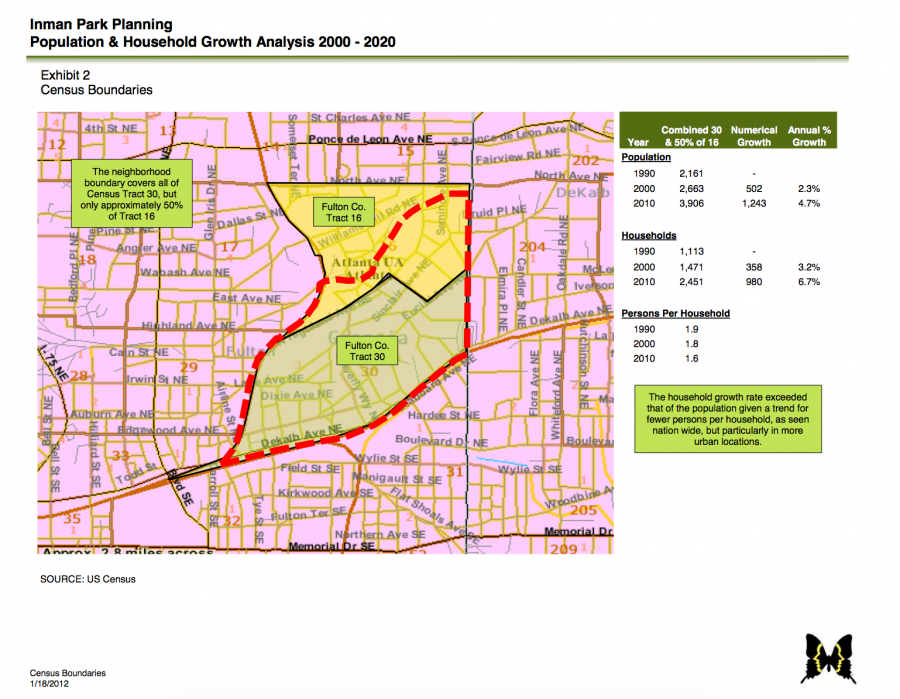 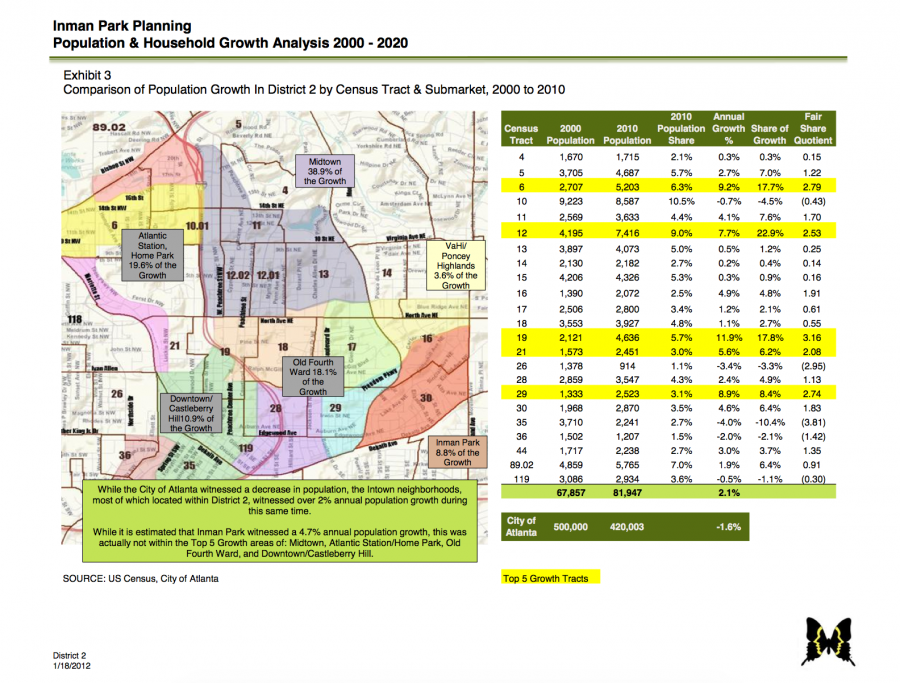 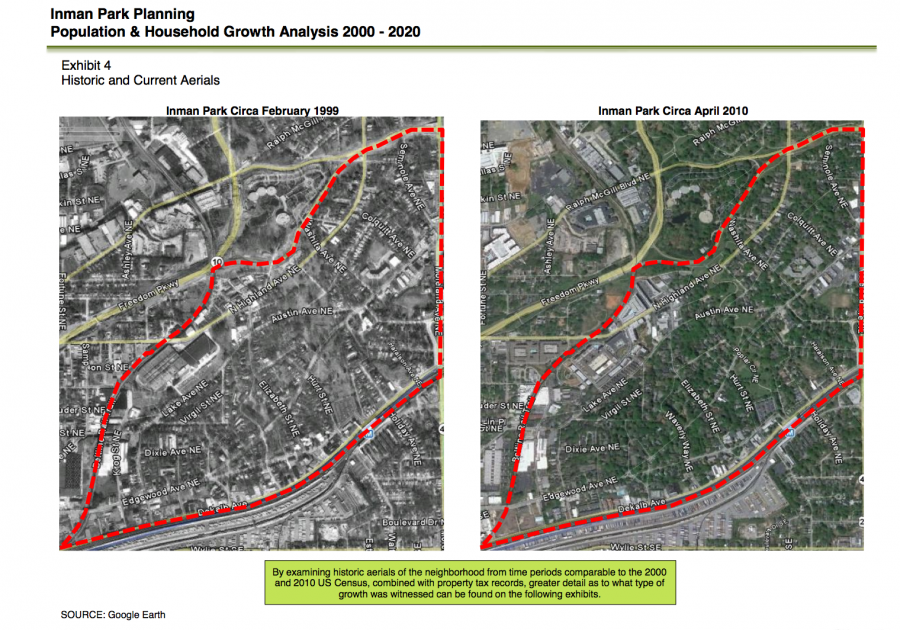 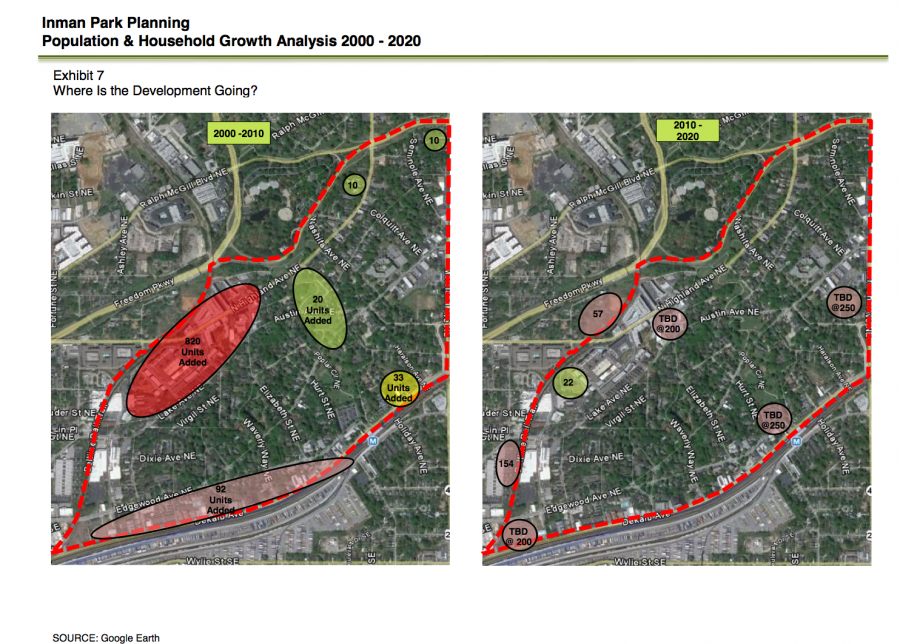 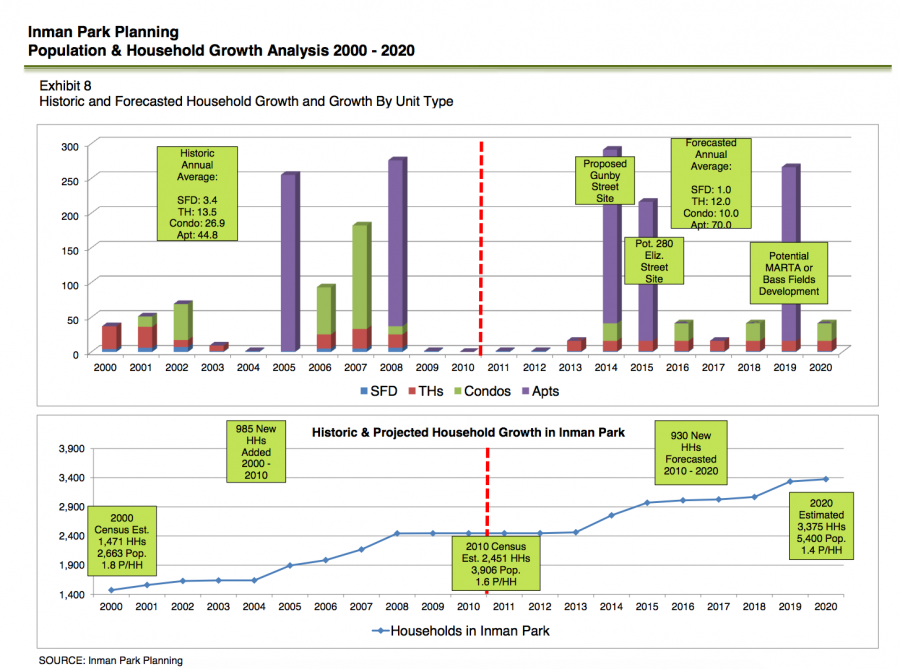 Retrieved from the Inman Park Neighborhood Association.
Note the estimated development in 2019/2020 due to MARTA.