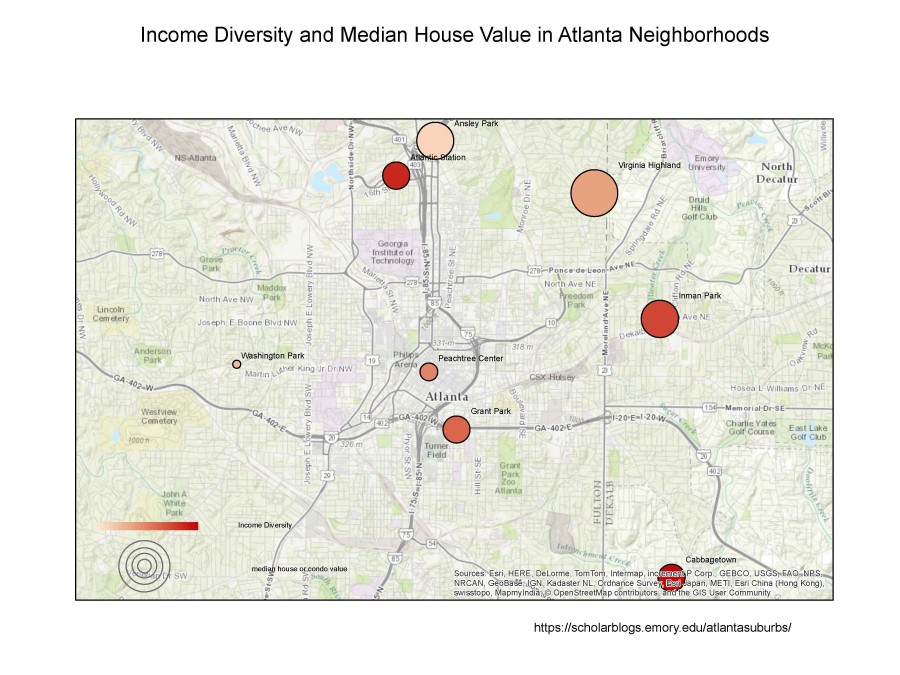 The darkness of color symbolizes income diversity and the size of the dot symbolizes the median house value. As shown in the graph, Ansley Park and Virginia Highland have the highest median house value and low income diversity which suggests very homogeneous rich population that afford houses over $300,000 and $400,000. Atlantic Station, Inman Park, Grant Park and Cabbagetown, on the other hand, seem to have higher income diversity while also having relatively pricey houses of near $200,000 or $300,000. With Grant Park’s 15% residents below the poverty level and with Cabbagetown’s and Atlantic Station’s near 20% residents below poverty level, we can see that poverty can still be a problem in neighborhoods with high property value. Washington Park seems to have really low median house value and low income diversity which can suggest a homogeneous relatively low-income population. Peachtree neighborhood has relatively high house value and medium income diversity while near 30% residents live below the poverty level. It is speculated that the relatively high median price of houses ($156.898) could be caused by land shortage. Peachtree center is a popular location for companies to build offices while their employers might live in faraway suburbs.