“Where Two or Three Are Gathered”: 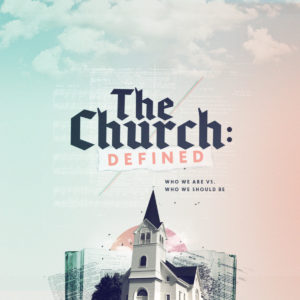 Church membership in the US has plummeted by over 20% in the last twenty years, and many attribute it to the rise in public distrust of the church, coupled with the overall changing landscape of belief and the practice of faith (Crary 2019).  Many church leaders are desperately trying to survive by becoming strategists of church growth and innovation, discipleship, and evangelism. These strategies have not worked for some and have thus led to many burnouts, church closures, and an overall undertone of despair among clergy as this new religious landscape takes no prisoners. People are increasingly critical and review/rating-oriented, especially in the rise of ecommerce and social media, and this has certainly had an impact on people’s already hypercritical view of the church. Growing churches today are often marked by their marketing, outreach and evangelism edge, in an increasingly judgmental society that expects to see innovation, web-presence and traffic, appeal, and resonance. As a response to this new landscape, I believe that a “New Religious Marketplace” (henceforth NRM) has been birthed and a church’s survival is based on their ability to adjust around the marketplace and to innovatively connect their message with their prospective audience.

I will discuss the NRM based on my experiences as an African-American pastor who grew up in the Post-Civil Rights Birmingham, Alabama. I have also served in ministry in various denominations and academic environments, which has influenced my analysis of the NRM and the disparities that exist in it. I also believe that churches should challenge the NRM as Jesus disrupted the marketplace culture of the temple (Matthew 21:12-17; Mark 11:15-19; Luke 19:45-48; John 2:13-16), and also as the Black Church has historically modeled operating outside of mainstream culture, church, and society. 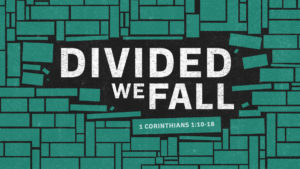 The NRM has developed new definitions and perceptions of God and goodness, where public opinion, reviews, and ratings seem to be God and the arbiter and judge of all things right.  People now consider churches and ministers options and products to choose from. The market ultimately ranks churches and clergy based on their perception of the quality of their goods and services, which equates to their perception of the church’s effectiveness. This marketplace culture holds that churches should wield a demonstrable qualitative and quantifiable impact on people through its web and physical traffic, and the church’s collection of ministries and overall programs and services. People now treat the diversity of churches like goods and services, as products and commodities in a shopping cart.

In the Market is God, Harvey Cox argues that people assign value and deify people and institutions strictly according to their monetary value (Cox 2016). I would like to further nuance this point by noting that when people articulate a desire to attend and participate in a “good” church, they often blindly reemphasize racial and wealth disparities. According to a 2016 Pew Research report, churchgoers have growing expectations from churches that span from good preaching, authentic hospitality and a welcoming atmosphere, to children’s programming (Pew 2016). What the general public might miss are the larger implications and problems that underlie “good” definitions of ministry. In fact, I am afraid that the body of Christ has now taken the poor, pan-African, Palestinian-Jew and co-opted Him to fit a larger narrative of status and wealth. With the contemporary Christian’s view of what a good church is, many Christians would probably walk right past Jesus and His disciples, and a good number of them may be doing this right now. They may ignore significant ministries in small, un-named, underdeveloped, and understaffed churches in order to find a “good” a.k.a. “big” church. Additionally, there are a number of societal and economic disparities at play when people simply rate a good church.

My goal is not to diagnose or provide causal observations for these disparities in general, but rather to uplift a few of the underlying factors I have observed over the years, in conversations with other pastors, and in larger research of the modern day church. My observations also come from over twenty years of experience serving in churches of every size (large, medium, and small), across regions in the U.S. (South, Southwest, West, Northeast), with varying economic, racial, and denominational makeups. These experiences have coalesced and formed my deep appreciation for the church, and the specific challenges that are often unique to smaller churches. I do not want to disparage the significant work done in large ministries, but instead put into perspective the perceptions of small and medium sized churches who actually represent over 85% of churches around the world (Bradley 2017). Christian pastors and churchgoers alike, should exercise significant caution when drawing conclusions about “good” churches, because that distinction often disguises unnamed biases and privileges rooted in wealth and economic disparities. What is often missing from good church conversations are the undergirding disparities of power, privilege, race, and wealth (Edwards 2008, Rah 2016).

Enormous disparities stand behind  people’s perceptions of “good” churches. Concrete social realities are disguised and distorted in the NRM.  When someone articulates that a church is “good,” he or she is often making a value statement about the distribution and affluence of wealth in that community. There are significant disparities in the operations of congregations with significant financial means versus those with less means; this is heightened when you look at (a) full-time versus bi-vocational pastors, (b) hired vs. volunteer staff members,(c) the discretionary time of lay members and volunteers,  (d) and church buildings and space.  These lines of disparity, moreover, tend to follow what W.E.B. DuBois called “the color line.”  As I hope to show, what may seem to be solely a matter of money is actually a troubling combination of racial, class, gender, and ethnic factors – what ethicists call “intersectionality.”

I want to caution small churches neither to sell out in the NRM, nor to discredit their purpose. More pointedly, small churches should (i) understand what makes them distinct in the current marketplace and leverage those strengths; (ii) focus on the essential and core responsibilities of a church; (iii) capitalize on the benefits of a small church, and  (iv) stay on the wall, remaining encouraged in this NRM. I want to caution against confusing privilege with God and successful, fruitful ministry-as poor, under-resourced congregations in store-fronts and small buildings across the world are also doing powerful ministry that may not be reflected in the building itself.  If this were true, what might our ancestors who worshipped in tabernacles and tents say? They would not fit the bill of having a “good” house of worship according to this new paradigm.

Crary, David. Poll: Church Membership in the US Plummets over Past 20 years. Associated Press, 2019.

Hybels, Bill. The Volunteer Revolution: Unleashing the Power of Everybody. Zondervan, 2004.

Idelman, Kyle. Not a Fan: Becoming a Completely Committed Follower of Jesus. Zondervan, 2011.

Nixon, Paul. We Refused to Lead a Dying Church: Churches That Came Back Against All Odds. Cleveland: The Pilgrim Press, 2012.

Tickle, Phyllis. The Great Emergence: How Christianity is Changing and Why. Ada: Baker Books, 2012.

Zinsmeister, Karl. “What to Do With Empty Churches.” Wall Street Journal Opinion, January 31, 2019

One Reply to ““Where Two or Three Are Gathered”: Prophetically Disrupting the New Religious Marketplace”