In her book, “Spirit and Trauma: A Theology of Remaining”[1] Author Shelly Rambo draws forward the experiences of Holy Saturday–the space between Jesus’s death and Jesus’s resurrection. If the crucifixion is the moment of acute trauma–the death of a loved one, an act of state violence–then according to Rambo, Holy Saturday, even the empty tomb itself, is “that important moment in which you’re living beyond a death, a kind of metaphorical death, but can’t see life clearly ahead.” In the aftermath and life beyond a traumatic experience, hope can become ruptured, scattering parts of the heart to places never thought of. Grief is traumatic and cannot be suppressed by silently groaning or reciting some nice sounding clichés, without consequence. Lament, therefore, is a gift of space and hope for a life to grow towards healing. The worship experience needed to be a kind of therapy, must therefore be re-examined, and assessed towards creating this space and hope of lament to be also seen as a gift to God.

When I came upon my grandmother, she was sitting at her usual spot at the kitchen table with her favorite set of books at hand: her find-a-word puzzle book and her Bible, along with a writing pad and pen. I sat across from her, and we began to talk. Some minutes into the conversation, a question that I had long carried burst out of me: “Granny, how do you do it? How do you live after two of your children have died?” Granny stated: “I do not know. I do know that if I wake up, I will just live.” As if acknowledging for the first time the deaths of two of her children (one being my mother), she started to cry. For what felt like an exceedingly long time, she continued to cry, intermittently naming some of the other troubles she has carried, asking God for help, using words from the Psalms. In her lament, she also talked about gleaning and the abuses she had suffered while doing so.  Despite being an active church member, she did not know she could name the pains in her life, or that the church had a long tradition of lamenting such sorrows, publicly and individually. On her release from the prison of this contradictory approach to her relationship with God, she gave herself permission not only to name and acknowledge, but also to lament. It was then that she could finally begin to heal.

I am an immigrant woman of Color, currently serving at Community United Methodist Church, a congregation whose membership is predominantly White, set in a community of more than 40% mixed people of Color. Prior to coming to this congregation less than one year ago, I served for one year in a similar setting at Epworth United Methodist Church. Before going to Epworth, I served for seven years at Village United Methodist Church in a congregation that was completely made up of people of Color from the Caribbean diaspora. Both Village UMC and Epworth UMC were located in the South East District of the Florida Annual Conference. The South East District is a considerably diverse district. Village UMC was discontinued as a congregation the year after I was appointed to Epworth. Community UMC is located two hours north of my previous location in the South East. The demographics, culture, speed, etc., are significantly different. I now live in a predominantly White community where the neighbors are not friendly and have only expressed curiosity about whether my family plans to stay in the area. All these congregations have had a significant decrease in membership and resources over several years prior to my appointment. All of them fear not being able to continue as congregations. None of them is very willing to embrace a shift in thinking or existing. All of them have people who carry deep wells of pain and many instances of transmitting the pain because there is no infrastructure to transform it. 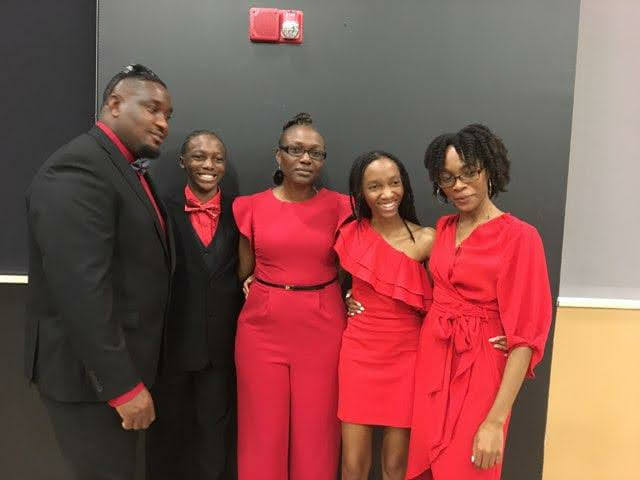 DIVING INTO STORIES WITHOUT GOGGLES:

My first set of research was most painful. It required me to revisit some traumatic experiences in my own life, and stare red-eyed at one that is still fresh and bleeding. Beginning with my grandmother’s pain at the death of two of her children, the death of my mother at aged forty-three, and the death of my son at aged twenty-three, I worked my way outwards. I drew deeply from these experiences and from some of my experiences as a pastor walking alongside people in their bleakest moments. I dove headlong as it were, into grief and pain.

The first set of interviews that were conducted were done organically through unplanned and unscripted conversations. I then developed questions to intentionally draw people into an examination of the church’s longstanding and archaic practices of discouraging people from talking about their sorrows and teaching them to put on a brave face to appear unfazed by the harsh realities of their lives. 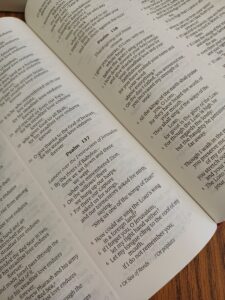 This work was done through a reading of Psalm 137 and the book of Ruth. For a period of approximately eight consecutive Tuesdays at noon, I held a series of ten-minute discourses on these readings via Facebook live presentations. As a result of these discourses, more people began to share their experiences of the gap that they feel exists in the church’s worship life around the subject of grief, trauma, and lament. I chose these passages because they exemplify for the purpose of the project the ways in which the church has blinded itself to the existence of people’s pain, due to a one-sided reading of the Scriptures that run from a troubling beginning to a rejoicing end without treatment of the painful pieces in between – Holy Saturday. Both sets of Scripture provide much opportunity to connect with the movements towards transformed circumstances.

I was amazed by the number of people who sought me out to have these conversations. It was as if I had been magnetized by my own pain and need. People whom I have never met, would begin to share with me the stories of their trauma. Some of these were deeply personal and have been carried for decades without a safe place to be talked about. Almost all of the people who shared with me, have been given the church’s usual band-aid treatment of “Just pray about it.” I discovered that I was not the only one who felt the burden of the constructed worship expressions; that many others are craving a space within the church to bring their whole authentic selves – pain included.

Reading Psalm 137 and the book of Ruth through the experiences of the Caribbean diaspora, was an eye-opening understanding even for me who usually employ a hermeneutics of suspicion as a theological tool. In exploring, introspecting, and reading of the scriptures and scholarly works, I learned some hard truths about my own heritage as a person of Color regarding grief. There is a constant pressure to ‘be strong’ and support every entity. Through this work, I came into proximity to other women of faith who share a similar pain and whose stories run parallel to mine around the church’s lack of infrastructure to create room for the acknowledgement of trauma, and a way to lament same. Some of them could not even remember Zion, which was further traumatizing.

This project was the beginning of what I see as a life-long vocation of inviting the church (individually and collectively) to see lament as a necessary and liberative practice. The work will include helping people negotiate and respond to the loose ‘before and after’ binary that trauma lands us into.  This is being done through study materials for individual and church wide small groups, sermon series, services of remembrance, video bites, and poetry.

Grief in the Book of Ruth

Grief in the Book of Ruth, Chapter 1