After reviewing a book on religion in 19th century Japan, I became curious about the quantitative dimension of religious practice, particularly the persecution of Buddhism. My initial visualizations turned into a exploration of how to visual spatial variation. 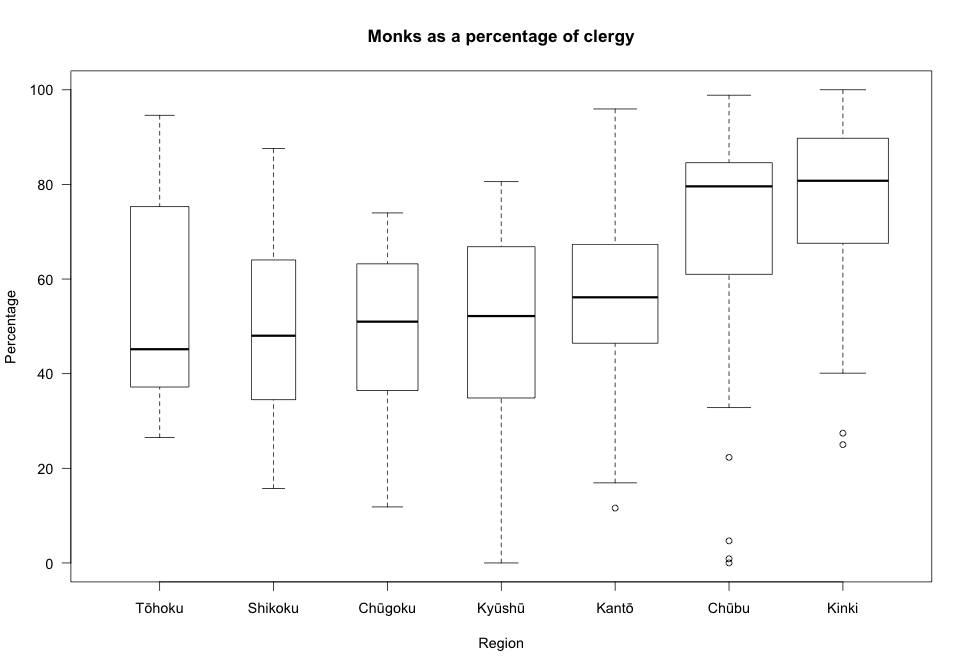 The 1871 census data reported two types of religious practitioners (monks and priests) totaled by either domain or prefecture. The data show a striking regional trend. The boxplot below shows the percentage of religious practitioners described as monks. In the Kinai, the median was about 80%. At the periphery, however, the percentage of monks was much lower: in Kyūshū, Chūgoku, Shikoku and Tōhoku the median was about 50%. The highest values for Kyūshū and Chūgoku are still below the median for the Kinai. Chūbu shows the most striking range, Naegi reporting 0% monk and Katsuyama 99%

The map below plots the extreme values for religious affiliation: domains with more 80% monks are marked as red, while less than 50% are marked in blue. Here again, we can see the same pattern – lot’s of monks around Kyoto and Nara, but fewer in Kyushu and the northeast. Two domains famous for their persecution of Buddhism, Mito and Kagoshima, are both in red, but so are nearby domains. What explains this regional trend  in religious practice? 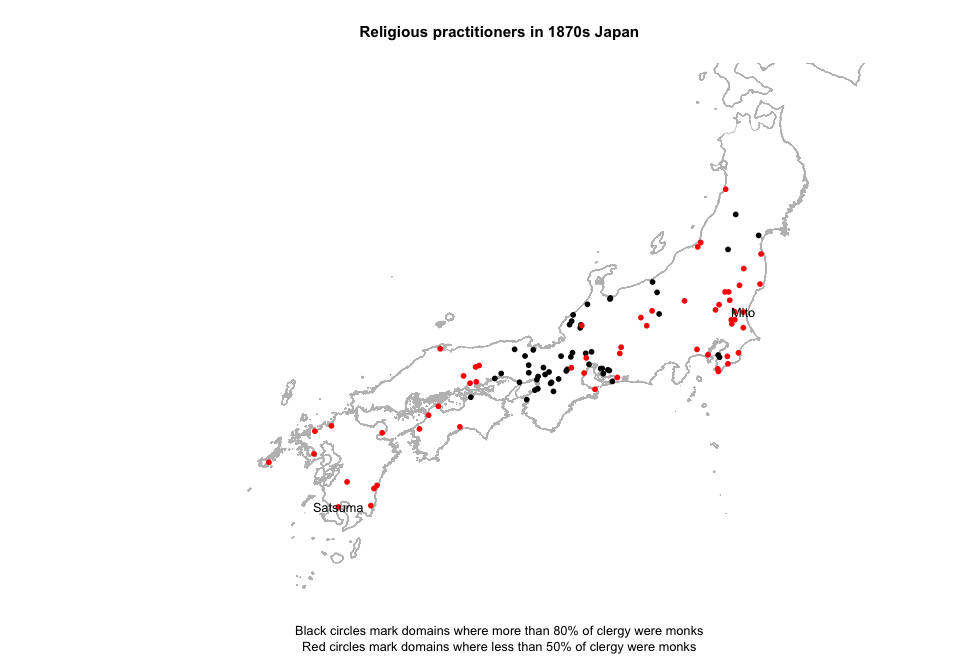 3 thoughts on “Where the monks are(n’t)”