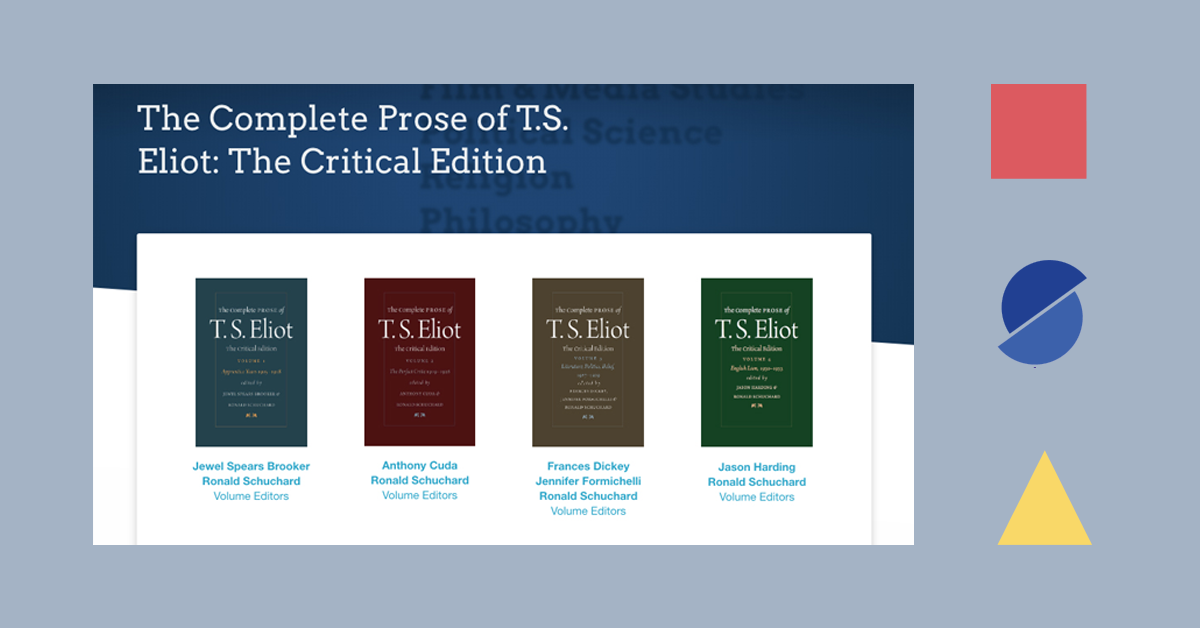 We are delighted to announce that The Complete Prose of T. S. Eliot, Volume II: The Perfect Critic, 1919-1926 has received the book prize for Edition, Anthology or Essay Collection at the Modernist Studies Association (MSA) conference. Praised as a “monumental work of scholarly editing,” the volume is part of an ongoing project led by general editor Ronald Schuchard (Emory professor emeritus) and supported by the Emory Center for Digital Scholarship (ECDS).

In 2006 the Beck Center for Electronic Collections (now part of ECDS) began digitizing over 1,500 documents in an endeavor to collect all of Eliot’s extant prose including essays, reviews, lectures and commentaries. The scanned texts were processed with optical character recognition and their critically edited versions continue to be encoded with TEI markup to make the collection fully indexed and searchable.

Volume III became accessible in September of this year and Volume IV is scheduled for release in early December. Published by Johns Hopkins University Press, the editions are available on Project Muse.