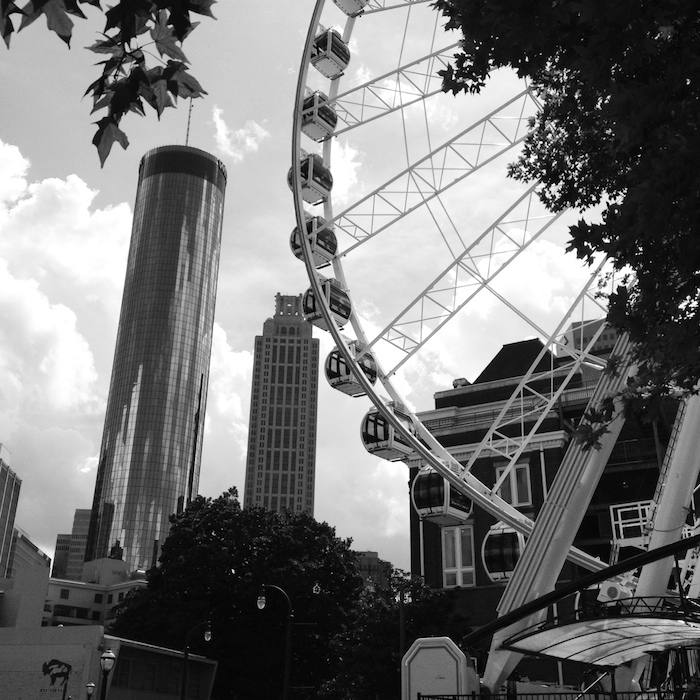 Often written off as the strictly business center of the city, Downtown is ignored by most students. But life outside the business world is returning to the neighborhood and there are some things you should see. Home to some of the city’s biggest companies like CNN and Georgia Pacific as well as Georgia State University, Downtown has more to offer than tall buildings and bad traffic.  Downtown is also situated the Old Fourth Ward which includes the Martin Luther King Jr. Historic District. This neighborhood is full of history—and also is home to some of the city’s coolest restaurant’s and bars.

How to Get There

By car: If the streets are wide, wide open, it’s about a 15-minute drive to the O4W from Emory. But since we’re usually not in a zombie apocalypse, it’ll probably take a smidge longer: about 20 or 25 minutes. Your best bet is to take Briarcliff Road south to Freedom Parkway and then turn right there, passing through Freedom Park and the Carter Center area along the way. (Not too shabby of a view!)

By MARTA: People hate on MARTA a lot, but if you don’t have a car, it’s the way to get around the city. To get to O4W from Emory, take the traditional #6 bus (which heads down Clifton Road, past Woodruff Residential Center, Woodruff Circle, Harris Hall, all that good stuff) towards Inman Park, then at the end of the line hop on the train (either Green or Blue line, it doesn’t matter) for just one stop to Old Fourth Ward. Not as bad as they make it sound.