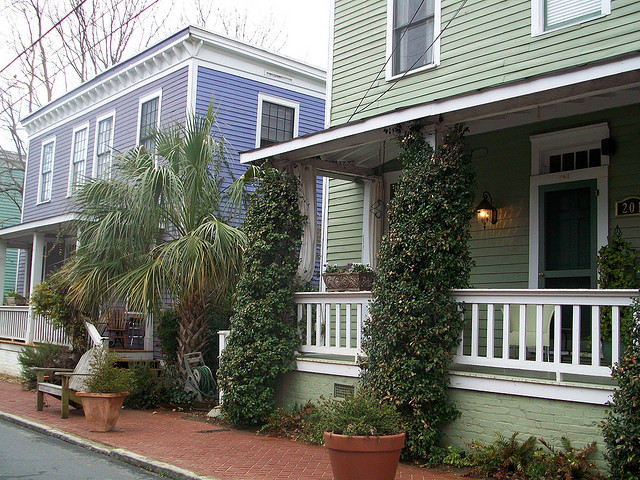 Grant Park, one of Atlanta’s largest historic districts, is home to many cultural attractions. The neighborhood, which was founded in 1882, was named after “the Father of Atlanta,” Lemuel P. Grant, the engineer who brought the railroad to Atlanta. Grant Park is home to Zoo Atlanta, Oakland Cemetery, The Atlanta Cyclorama and Grant Park itself, the fourth largest park in Atlanta.

On the other side of the Husley Yard railway is the Cabbagetown neighborhood. Sitting in the shadow of the stately old Fulton Bag and Cotton Mill, Cabbagetown maintains its industrial vibes now infused with the bohemian flair of an artist colony. Don’t miss the graffiti mecca that is the Krog Street Tunnel.

How to Get There

If using MARTA: Take the Emory CCTMA shuttle to Decatur MARTA station. Take the Blue/Green line. From here, you have two options: get off at the Inman Park-Reynoldstown station and take the Edgewood Avenue bike/walking path to Cabbagetown, or get off at King Memorial Station and walk into Grant Park or take Bus 21 into Cabbagetown.

If biking: The quickest route is to bike along Clifton Rd and turn right on DeKalb Avenue, which will give you access to both Cabbagetown and Grant Park, but you can also bike the Freedom Park Trail. The ride from Emory will take about 45 minutes, according to Google Maps. We don’t recommend you try to walk.

For more information about routes and travel times, check out this interactive map: