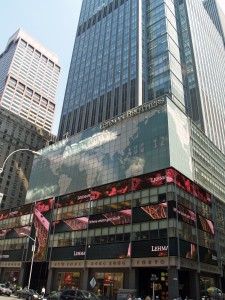 September 15, 2008: After arduous but unsuccessful negotiations with the federal government and the leading investment banks of the world, Lehman Brothers files for the largest bankruptcy in American history. The company was originally founded in Montgomery, AL in 1850, and moved to New York City in 1869. The bankruptcy blindsided the American economy, leading to a major recession and public scrutiny of Wall Street and its relationship to the government.

The Devil’s Casino: Friendship, Betrayal, and the High-Stakes Games Played Inside

Street Freak: Money and Madness at Lehman Brothers, a Memoir

A Colossal Failure of Common Sense: The Inside Story of the Collapse of Lehman Brothers