Oftentimes, when someone thinks of a liberal arts education, they think of an education that requires the study of multiple subjects that have nothing to do with each other. Too frequently, STEM majors get criticized for “wasting their time” on studying foreign language, and even students within the humanities realm are discouraged from putting too much effort into the acquisition of languages that are not essential to their field (especially the rarer languages). It is likely, however, that people who downplay the importance of studying foreign language simply aren’t aware of its many benefits. 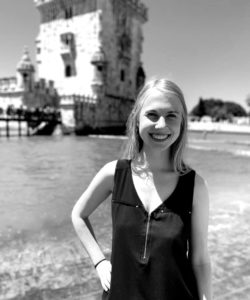 Some of the most important lessons I have learned in life have come from studying foreign language. The skills that I have developed from learning foreign languages can be applied to any major or job, regardless if it is in the realm of humanities or STEM. Learning how to make mistakes and learn from those mistakes is an essential life skill. Too often, students focus too much on perfection and are not exposed to failing. When this happens, they are unable to constructively cope with criticism and may not be able to improve their performance as well as someone who is experienced with learning from their errors. When studying a foreign language, making mistakes is inevitable. It is from these mistakes, however, that growth is achieved. These small mistakes train the brain to perceive errors differently. Learning a foreign language allows a relatively quick payoff; the more one makes errors when speaking and writing the more they are able to fix their mistakes and perform with increased proficiency. This way, when students who have studied foreign language enter the job market (or enter graduate programs), they are able to enter with confidence and resiliency.

The development of interpersonal skills is critical not only in a liberal arts education but in life as a whole. It is not possible to live life without interacting with people; in fact, even the most qualified professionals are not accepted into a certain program or job offer because they were lacking in people skills. Learning a foreign language requires the ability to interact with people and concisely formulate what one has to say. Overcoming language barriers is difficult; if one is able to successfully work around cultural and linguistic differences, they are likely more equipped to resolve issues in their native tongue. This also improves one’s critical thinking skills, which is useful when making compromises in the work force.

Perhaps most importantly, studying foreign language decreases cultural biases and contributes to open-mindedness. Unfortunately, when people form racist judgements and hateful assumptions, it is often because they have not been around people that are different from them. Learning about another culture and language promotes a deeper understanding and connection to others that one would not normally have. The more people connect and learn about one another, the more they realize humans are not so different after all (regardless of race and culture). Studying foreign language is crucial not only for a liberal arts education; it betters society as a whole.

1 thought on “Languages and Life Lessons”