The belief that it is essential for individuals to be capable of dealing with complexity and diversity is at the core of a liberal arts education. There is no better way to gain the tools necessary for approaching the world’s complexity and diversity than through the study of foreign languages and cultures. On the surface, studying foreign languages enables one to communicate with a broader range of people through oral and written communication. Beyond this, language not only gives us communication skills, but also the ability to problem solve, an understanding of the world’s complexity, and, perhaps most significantly, empathy. Studying and using foreign languages enables one to see the world through the eyes of others, understanding how different cultural contexts shape beliefs, perspectives, and values, allowing us to see the commonalities among people across cultural and national borders.

I study foreign languages not just to learn about languages’ particularities, but to use the language to communicate. This is both a practical tool and, inevitably, a method of building my ability to problem-solve and navigate cultural differences. When I jumped into a Beijing taxi with only the English name of my destination and no app to translate directions, I had to find a way to tell my driver who spoke no English where I was going. Not only that, I needed the cultural knowledge to understand why the driver asked me why I wasn’t yet married, offer to introduce me to his nephew, and ask if I had ever shot anyone because I was American. Without some previous familiarity with Chinese culture and society, this conversation would have offended or even insulted me. However, years of learning and using foreign languages at all levels of proficiency had prepared me to approach this situation with confidence and positivity. Instead of an uncomfortable situation, this conversation became an opportunity to connect with my driver and, when all else fails, use charades to get my points across. 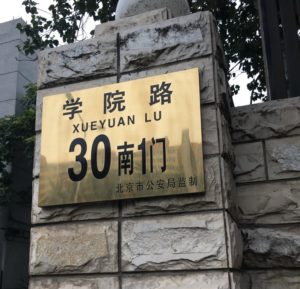 This is a picture of an address I showed to my taxi driver in Beijing on my first day in the city. 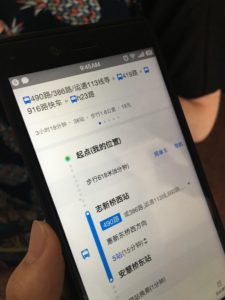 This is a picture of directions I would show to taxi drivers in Beijing when I had no idea how to get where I needed to go.

When I reflect on the knowledge and skills I have gained over the past three years at Emory, my study of languages and cultures stand out as essential to my personal and academic development. Studying languages has enabled me to directly connect with others both at Emory and abroad, and such connections have been my most significant source of learning. While I have studied anthropology, education, history, and literature in my classes, communicating with others through language has allowed me to put tangible faces to those to whom these subjects pertain. After all, humans, or people, are at the core of the humanities, and language is our key to connecting with and understanding people.