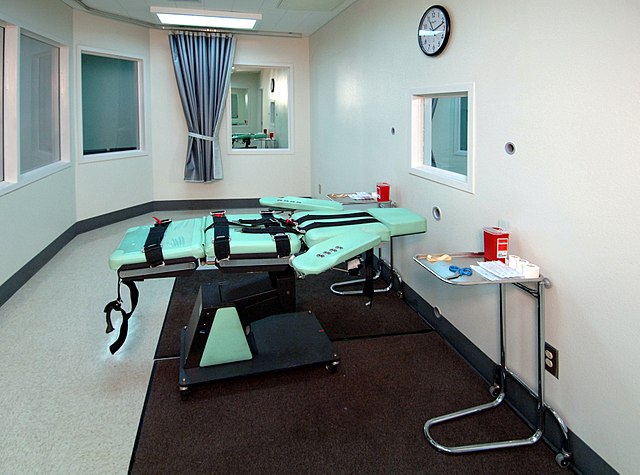 In the movie, Law Abiding Citizen they show a lethal injection that corresponded to some of these examples. Below is the link for a clip of the scene:
http://www.youtube.com/watch?v=qLglbp4Ht6w
Now imagine this going on for 10…20…or even 30 minutes, like what occurred during the lethal injection of Angel Diaz.
How is this humane? People may do bad things in their life, but no one deserves to die in this way. However, it is not only supported by states but people come to watch these people die this way. Families hurt by the individual gain satisfaction in seeing the person die.
Read more about this at: http://www.hrw.org/node/11414/section/2
On another note, I found it interesting that the death penalty is legal and the punishment is given, because a judge, jurors, and the families that fall victim to the actions of the prisoner during their life believe that the he or she deserves to die. Yet, euthanasia and assisted suicide are illegal. Do people suffering in this world not deserve to have the right to die too?
Xavier
This entry was posted in Uncategorized and tagged Bad Death, death, injection, lethal, penalty, xavier. Bookmark the permalink.

One response to “Assisted Death”