There is an episode of Grey’s Anatomy where Dr. Meredith Grey has a patient have a close call with death. Yet when she delivers the happy news that her patient has survived to the family, she is met with groans and disappointment. When I first watched this episode, I remember being appalled. How could beating death not bring about anything but celebration?

But after re-watching that episode, I realized that the family had every right to be disappointed. The woman had been fighting an illness and had previously had many ‘close calls’ with death, which left her exhausted and drained. She wanted to die and her family wanted to let her go, but medicine kept bringing her back. My question changed when re-watching this episode, and I wondered: when does our fear of dying become less of a fear and more of something to look forward to? And is having nine lives worse than having just one? 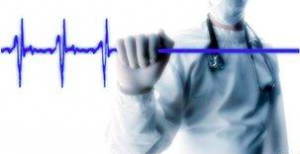 Looking forward to death is not just a plot twist in a TV show or something new for patients being sustained solely by medical advancements. Traumatizing injuries such as paralysis from the neck down or illnesses that deteriorate a person’s body such as ALS have lead to excruciating mental and physical pain for many patients. Yet medical advancements have allowed for patients conditions such as these to live on, with severe side effects such as suffering and keeping the person ‘trapped’ inside of their failing body.  This balance between medical advancements and patient comfort has initiated a discussion on assisted suicide, bringing up the debate of if patients have the right to die.

The argument for allowing a patient to die, or giving their physician the right to assist them if they are physically unable to, is one that focuses on giving patients the right to die with dignity. Being brought back to life multiple times by having ‘nine lives’, having drug after drug pumped into your system or feeling your  body deteriorate while still mentally cognizant of it is a terrible fate. These treatments can turn the will to live into a preference to die, showing that saving body at all costs does not solve everything. It is necessary to let patients have the option to die because it gives them the option of quality of live over quantity of life.

Although some argue that letting a patient die by their own choice, or assisting in their suicide, is against the Hippocratic Oath of “do no harm”, I believe it is the opposite. Allowing or helping a patient die when there is no hope of getting better is a way of reducing pain and suffering.  Once a patient has been labeled as having no hope for recovery or given a warning that they will die in however many months, I believe that the patient should have every right to organize their death on their own timetable.

This entry was posted in suicide, the process of death. Bookmark the permalink.

2 responses to “Waiting to Die”