The great unknown associated with dying has resulted in a societal fascination – no, obsession – with death. Death is everywhere from our newsfeeds, to our music, to our literature and movies. Yet as frequently as death comes up in our lives, so does its opposing force: immortality.

From legends of the fountain of youth throughout history, to religions which qualify the afterlife as a form of “eternal life”, to fantasy shows like Game of Thrones, in which characters die and resurrect left and right, we are just as enamored by the concept of evading death as we are exploring it. Science fiction has toyed with the idea of immortality through technology since the beginning of the genre. However, in a time when we are maybe 20 years from roads exclusively populated by self-driving cars, some people have claimed that immortality through science may no longer be fiction.

One such individual is leading ‘futurologist’ Dr. Ian Pearson, who predicts that humans could outlive the restraints of physical bodies by the year 2050. This estimation refers to proposed virtual reality worlds where people could upload their consciousness before their bodies fail. Personally, I’m more fascinated with the idea that genetic engineering could slow or even reverse cellular ageing, making biological immortality a plausible concept.

For my non-sciencey counterparts out there, gene editing is the phenomenon in which scientists locate a problematic gene in an organism, use enzymes to snip it out, and replace it with the functional or desired copy of the gene. The most popular and groundbreaking system for gene editing at this time is CRISPR-Cas, which I’m sure lots of you have heard of. At this point, genetic engineering research revolves around diseases and disorders which could be greatly reduced or even eradicated with this technology. However, when most people hear ‘genetic engineering’, they think about ‘designer babies’ and dystopias like that portrayed in the 1997 film GATTACA (10/10 would recommend). Because of our society’s focus on the fantastic applications of this technology, it’s not surprising that there is talk of regenerative medicine as a means of achieving immortality.

The ethics of gene editing is a hotly debated topic, both for the discomfort it stirs up in the general public, as well as more imminent scientific concerns. A group of prominent scientists urged for a ban on all human genetic engineering in the U.S. in 2015. This general ban did not pass, but genetic engineering of humans is tightly regulated in the US. It is for this reason that I disagree with claims that immortality through genetic engineering could be achieved in our lifetime. Many people are rightfully hesitant to consider messing with nature by ridding the world of mitochondrial disease, for example, which we already have all the essential parts to do. While I think our society is capable of the technology required for this kind of science, I don’t think humans will be able to accept a life without death anytime soon. 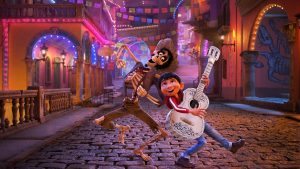