Garden of Innocence: a space for forgotten children

Garden of Innocence is a non-profit organization that started in San Diego in 1999 that provides dignified burials for abandoned or unidentified children. In most cases, the children have died in a hospital and their bodies have been released by the county medical examiner to the organization after parents have not been found or convinced of claiming the body after 30 days. Other children have been found dead in other settings (i.e. garbage dumps), and their parents have not been found after months or years of investigation. The organization buries each child in a handmade coffin, with a blanket and a toy. These children often do not have a name, or their name is not known, so a member of the community is encouraged to give him/her one. Additionally, a poem is made for each child, which is read during their burial service. Hundreds of people, strangers really, come out to service (which usually is for more than one child) to commemorate the life of the child. Part of ceremony consists of passing the casket or urn from person to person, signifying that the child and the community have been mutually touched by each other’s presence. This organization has expanded at the national level, with 17 gardens across the US. Their hope is to expand to all 50 states.

My first instinct when learning about this organization was that they do some great work. Isn’t everyone deserving of a proper funeral and burial? This organization provides a service to a forgotten portion of society. However, when I learned that they assign names to the children I became a little bothered. I understand that having a name gives someone a sense of dignity, a sense of being, a sense of being present. However, is it really appropriate for a stranger to give a child a name? In a news article I read, which you can access here, someone justified giving a child the name of Daniel because it was a traditional family name. Another child was named Jose because a lot of Joses work at the garden. By doing this doesn’t this become less about the child and more about the people involved in the burial? But then again this demonstrative of what we have been talking about all semester…that death is more of a concern for the living than the dead. While I understand that people’s intentions are most likely good when doing this, that by giving a child a traditional family name you are making them part of your own (family), to a certain extent it takes away a certain degree of altruism to which we may want to ascribe to these funerals. Because there were not preexisting bonds between the child and the “mourner”, you start to question why exactly they taking part in the funeral and burial proceedings? What kind of people are the ones who participate in these funerals? Is it a way for people to deal with the loss of a child or loved one themselves?

When I looked more into how this organization obtains their caskets I found that they have a partnership with a woodworking department at a high school and a Boy Scout troop. They have dubbed the program Children Making Caskets for Children. While I can see why some people can see this program as problematic, I think it is a good way to get children to start talking about death, a taboo within our society especially among this age group. This can be an opportunity to help these children making the caskets conceptualize and understand death better. It can definitely foster a healthy conversation and space for questions on the topic to be asked. Although it is not indicated, I hope that the children are prepared and sensitized on the topic before going on to build the caskets. This is important, especially when building caskets for children, nonetheless abandoned and unidentified ones, because many children may not have prior experience with death, child death, or child abandonment.

How do you feel about this organization’s work? What do you think about this Children Making Caskets for Children Program?

**I’d like to note that I think it is important to consider what societal factors may lead someone to abandon their child. It is easy to view the child as the victim through the lens of an organization such as Garden of Innocence, but it is vital to realize that the child’s parents could be victims of societal forces that may lead them to inevitably having to abandon their dead child.

You can learn more about Garden of Innocence by visiting their websites:

Most of us are familiar with the iconic Google logo—that colorful logo that pops up against the white screen of our computers as we anxiously type away a question, phrase, or word we need to know more about. Every so often when we arrive to Google’s homepage we are greeted by a different logo of sorts, a doodle that commemorates a historic event or celebrates the life of a person. This past Monday I was pleased to find that Google had decided to make a doodle commemorating the life of Celia Cruz on what would have been her 88th birthday.  This is the doodle pictured above. Although this name may not be at all familiar to many of you, it’s a household name we Latinos know and respect. Celia Cruz is one of the greatest salsa singers of all time, the Queen of Salsa, and one of the largest icons Cuba has produced.

Following up on my group’s discussion from Wednesday, in which we discussed how people are immortalized in the modern world today, I thought back to this doodle I had seen earlier this week. Many famous people have had Google doodles made of them, such as Michael Jackson, Gandhi and Martin Luther King to name a few. Media was one of the mediums that we considered helps in this immortalization of people, particularly celebrities, icons and other people who are in the public eye. Considering how Google has become such a huge part of our culture and everyday lives, which can be proven by the fact that many people today even use it as a verb (i.e. I’m googling it, wait up.), I’d like to suggest that these doodles are a modern way people are immortalized. What do you think about this? Do you agree? What are ways people are immortalized  in modern society today?

Tikker—The wristwatch that counts down your life 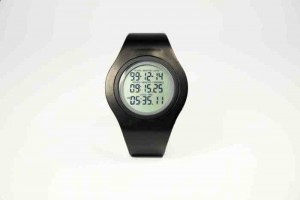 As a college student I always feel like I do not have enough time to do everything need and want to do. Time management is something I’m still figuring out how to do even as a senior. A wristwatch has been a useful tool and fashion accessory I have been able to use to help me out with this.

Tikker is a wristwatch that has already surpassed (and almost doubled) its Kickstarter funding goal of $25,000 in just 8 days of being launched. For those of you who are not familiar with Kickstarter it is an online platform used to fund projects. Fundraising campaigns are all-or-nothing, so only projects that reach and/or surpass their funding goal are successfully funded. If you are interested in seeing this project through you can become a backer by even just pledging $1.

Basically this wristwatch is one that allows you to count down your life. The display will show you how many years, months, days, hours and seconds you have left to live. The idea is that by knowing how much time you have left to live, you will come to cherish, appreciate and use the time you have to do the things that are important to you. You can see the promotional video for it here.

One of the biggest questions I have is how exactly does this watch know how much time you have left on this earth. The wristwatch comes with a questionnaire that you fill out which helps deduce how much time you have left. Although this is addressed I feel like the creators of Tikker could have elaborated greater on what formula or methods they are using to figure this out because the whole premise of this watch relies this calculation. It is also important to assume that the watch probably doesn’t take into account unforeseen circumstances that might lead to death such as an accident. I see a lot of ethical dilemmas arising if Tikker’s calculations aren’t correct. If people are actually relying on this watch to make important life decisions, what happens when you die before you were supposed to or when you don’t die when you were expecting? How liable will Tikker be for a miscalculation? A product like this plays with peoples’ expectations and emotions and I can just see things going wrong if this watch isn’t accurate, which I think is difficult/pretty impossible to do due to the many variables involved.

What fascinates me about this wristwatch is how much interest it has received 10 days from the launch of the campaign. It has raised over 194% of it’s funding goal as of this point. People are obviously interested and excited about owning a product like this. Why is this? Is this because they genuinely want to live life to the fullest and they believe this will help them achieve it? Or is it more because they feel like they will have a sense of control over their future by knowing how much time they have left? I believe the large amount of interest received in a product like this confirms that death is an event that we do not look forward to and thus one must thoroughly live and enjoy the time they have.

What do you think about this product? Would you like to know how long you have to live? What would you do with the time you have left on this earth?

Here the Link to Tikker’s Kickstater