In season 8 of America’s Next Top Model, executive producer Tyra Banks received extensive criticism for her crime scene photo shoot, in which she made contestants pose as brutally murdered corpses dressed in glamorous clothing. The premise of the photo shoot was as follows: one contestant becomes jealous of the success of another and subsequently decides to strangle, stab, or mangle her opponent. The result? An edgy photograph, editorial enough to be in the pages of Vogue.

But it was not the concept of the photo shoot itself that critics found disturbing, rather, it was the shoot’s glorification of the violence and abuse against women. According to blogger Sabine Hikel, “Spliced together, the photos become a pornographic assemblage of horror; perhaps this is the point. Interspersed with very disturbing facts about violence against women, the effect of the photos is intensified.” The pictures, in a sense, represent the types of extreme violence that women most often face. In some photos, for example, the women are sprawled on the floor or over a bed, half naked or in ripped lingerie. This positioning seems to imply that these women died after experiencing some form of domestic abuse or rape. Additionally, their seductive poses and partial nudity indicate their roles as sexual objects. Because the contestants are modeling death, the pictures become much more about the makeup, clothes, and styling of the shot rather than the gruesome deaths each contestant was made to portray. Even during the elimination panel, Banks and the other judges make the point that regardless of the shot’s premise, the models must always remember to showcase the clothes. The message in these pictures is clear: alive or dead, women are glamorous objects, subject to the voyeuristic inclinations of the public.

Yet, the arguments of these critics seem overly one-sided. Yes, the women in these pictures are representing violent deaths, which seem lost in the beauty aspect of the photographs. However, the artistic value of these photos cannot be overlooked. From the photographer’s perspective, as well as that of the judges, these pictures are creative portrayals of taboo issues. Death, a process that is dark and scary, is reappropriated to an image that is beautiful and interesting. Of course, I am not condoning violent deaths or abuse toward women, but neither are these photos necessarily. Countless artists have used death as a motif in their artwork, and many more internet fetishists have come up with websites like “Suicide Girls” where they post pictures of girls who model suicide in provocative sexual positions. If these pictures really are just another type of creative outlet, then what’s the harm of posting them? Can death only be portrayed in a horrific and mortifying way? Additionally, does it make a difference that women are the objects of these pictures? Would our criticisms still hold true if the subjects of these pictures were men? Regardless of what we think, however, there’s no denying that Banks pushed the envelope. She definitely got our attention.

For Hikel’s article, click here.
For another similar article click here.
Finally, copy and paste this link for an article looking at violence against women in high fashion <www.rymaec.org/files/TV.Fall_.SayWhat.Final_.pdf>.

Grief, Students, and the University

In American culture, the death of a close loved one like a parent or sibling is often emotionally and physically stressful. Not only can funerals be draining processes, but the mental preparation needed beforehand to plan for a loved one’s death and the strength needed to cope with it afterward can also elicit anxiety. For college students, death becomes even more stressful when school life bombards their grieving process. Although many universities and colleges have set grieving policies for students, many others have yet to implement any forms of support. In an article published in the Chronicle of Higher Education, Caitlin Peterkin discusses how important campus policies and support groups are for students dealing with death. Specifically, she notes the uniqueness of college life and its impact on student bereavement, or what she calls “the silent epidemic.” 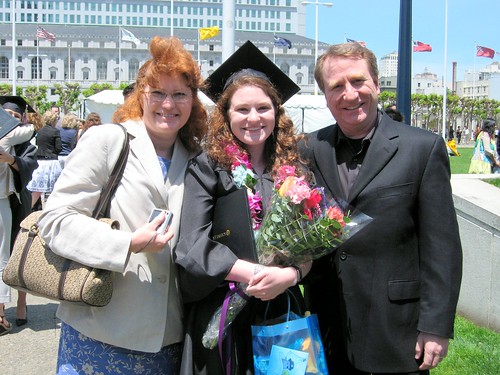 According to statistics, approximately 38 to 50 percent of college students have lost a close relative or friend within the past two years. Unfortunately, because many students do not see grief as a mental health concern, they usually do not seek any form of counseling or help. Grief, however, can negatively affect school activities. In the article, Peterkin quotes sociology professor Heather L. Servaty-Seib, who states, “On college campuses, the focus is so much about fun, growth, learning—it’s high energy. Having a death loss really sets you apart at a time you don’t want to be set apart or be defined by a life event.” Bereavement often causes students to leave school for an extended period and therefore to miss important lectures and deadlines. Additionally, students also begin to do poorly socially because they are unable to keep up with the high energy perpetuated by college life. In order to support students, many schools have created policies that have given students a chance to grieve without negative effects to their academic lives. Some have allowed students to take a leave of absence without penalty provided they have a certificate of death or other medical letters. Other schools have developed policies that mandate professors give make-up work for bereaving students.

Although these policies are definitely necessary, at least to help students in their grieving process by reducing stress, they can also be limiting. For example, many policies only allow excused absences for deaths within the immediate family, and only after a record is provided. But what about the deaths of close friends or important extended family members? Do those deaths count less under these policies? Also, what if universities or colleges lack the appropriate funds to create additional counseling or groups for students? Is the university still responsible for student grief if these resources are not available? Of course, these questions are not meant to justify taking away any bereavement policies in place. Rather, they speak to the inherent obstacles that could prevent schools from implementing them.

For a more in-depth look, click on the following link to Peterkin’s article: