Some of the traditional methods for suicide prevention in the past several decades have consisted of therapeutic programs, medications, and suicide hotlines. Suicide hotlines have been a key part of the suicide prevention phenomenon in the United States and the Western world and are also part of the public conceptualization of the suicide problem (with them being a theme or topic of television series episodes). The suicide hotline model is an important one and not unusual that it has been somewhat reshaped to fit the internet.

The popular online discussion board reddit has a ‘subreddit’ called Suicide Watch, which allows users to submit their stories and receive advice and support from other members of the website. The site is not just for people contemplating or planning to commit suicide but is also open to discussion for individuals who are worried about loved ones and would like advice for how to go about getting them help and saving their lives. To ensure the safety and protection of their user base the moderators of the subreddit have installed guidelines for posting and replying on Suicide Watch. These can be seen on the right side of the forum when browsing through threads or reading through individual comments and responses. The emphasis on no “abuse, pro-suicide comments, tough love” and the espousal of “non-judgmental peer support” are key parts of the suicide prevention dogma.

I know we have discussed (at least in my discussion group) how anonymity of the internet can promote bullying and thus suicide or other violent actions. But in the case of Suicide Watch on reddit, the anonymity of the internet lifts barriers of fear that would have otherwise prevented individuals from seeking the help they so dearly required. Opening and reading some of the various threads that have been posted on Suicide Watch is somewhat saddening, but also very touching to see the amount of care and effort people will put into helping others to whom they have no personal connection beyond being members of the same discussion board.

Beyond the mental health advocacy groups and suicide hotlines and psychiatric clinics in the United States, the internet, in this case reddit, represents a new frontier for suicide prevention, as well as support for other issues like depression and self-harm (which are covered by subreddits listed as related by the moderators of Suicide Watch).

Here is the link to Suicide Watch in case you wish to read some of the threads and see how an online community is reacting to suicidality: http://www.reddit.com/r/suicidewatch. I think a lot of the stories speak for themselves. 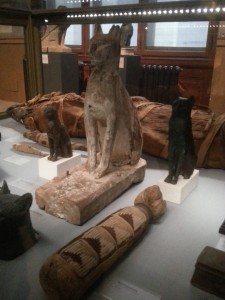 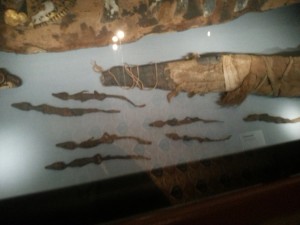 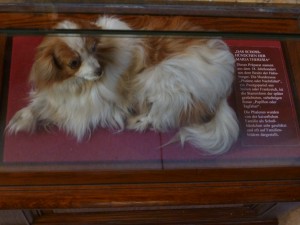 The Realm of Fictional Serial Killers

Not too long ago, the Showtime network aired the final episode of the television series Dexter. Before that AMC’s third season of The Killing focused intently on a series of murders in Seattle. Another recent show deals with the popular fictional serial killer Hannibal Lecter (Hannibal). These television shows are in addition to a recent tradition of literature and film that deal with those on the very outskirts of humanity, the serial killers. Why exactly are we so fascinated with these individuals who prey on other humans and seem to lack the facets of human life like emotions, empathy and a conscience (i.e. psychopathy/sociopathy)?

Beyond that, there has been a recent trend of not demonizing the murderers, but actually giving these fictional characters an essence of being protagonists. This specifically draws on the character of Dexter Morgan from the show Dexter, a serial killer who kills not the innocent or weak, but rather the more depraved and dangerous elements of our society. For some reason, the depiction of Dexter Morgan elicits not just intrigue, but support from the viewers. We, as viewers, grow to like him as a character, and to some degree, even revel in his work. I would say that this may be because we formulate the idea that the people he kills are deemed deserving of their end, the death prescribed to them by Dexter is somehow fitting for their savagery. So does this reveal an undertone in our society of a belief in ‘just’ killings?

Another character in popular culture, Hannibal Lecter also seems to draw a sort of respect or admiration. His power of intellect and cunning are seen as impressive, despite his, what I would describe as a pretty big character flaw, murderous, cannibalistic nature. He is certainly not as beloved as Dexter Morgan, but Hannibal Lecter elicits a certain set of emotions, that are not restricted to disgust.

This is not all to suggest that we are perfectly comfortable with the actions of these characters, simply there is something about them that really attracts our attention. This unique and new fictional archetype activates something about our culture or produces something entirely new that I find hard to understand, and I think is deserving of more research and study. Why do we find it so easy to empathize with someone so intensely doused in taboo as Mr. Morgan? I would be interested to see what your opinions on this are, whether you agree or disagree with my thoughts presented here.

P.S. Also, I would highly recommend watching Dexter if you are not too shy when it comes to gory subject matter, but must admit the quality of the series falls off after the fourth season.