Life panels and the idea of physician-assisted suicide

This morning, I came across this article that discusses the concept of “life panels.” Life panels are a reimagining of the concept of the death panel, which has become a heavily politicized idea. Life panels, however, are removed from the stigma that comes with the death panel idea. While life panels are not yet a thing, they raise issues with the current approach America has to physician-assisted suicide.

Currently, Oregon, Washington, and Vermont are some of the few states that allow for physician-assisted suicide. However, while this sounds great for those states, the decision to end one’s life has to be made when the person is fully competent. This complicates things for people like the author of the article from earlier, whose mother is 95 years old, limited to a hospital bed, with little to no quality of life. However, because she has entered dementia, she is no longer legally competent to choose to end her life.

Why is choosing to end one’s life such a controversial topic for Americans? For me, I see it as a product of America’s religious fervor and how it has intertwined itself with American politics. Because religious Americans often tout the idea of allowing someone to end their life as tantamount to playing God, it has long been outlawed in America. However, these ideas have been partially disrupted by America’s aging population. There are a growing number of Americans who fear losing their faculties, and thus want the right to die in a dignified manner. Speaking from personal experience, my mom’s greatest fear is that she’ll languish with Alzheimer’s in a hospital bed. Because of this, my mother has always had open and candid talks about what she’d want me to do in certain situations. I think this is increasingly common as families experience grandparents that have died under similar conditions.

While “life panels” don’t currently exist, I think that someday they’ll be a common part of growing old in America. Physician-assisted suicide is becoming increasingly accepted across America, and American politics will soon catch up to this.

Over the break I watched the movie “Silence of the Lambs,” which follows the story of a woman FBI agent on her mission to stop a serial killer, being aided by a convicted cannibal along the way. This movie raised many interesting questions about the symbolism of human flesh in the public consciousness.

*SPOILERS IF YOU HAVEN’T ACTUALLY SEEN SILENCE OF THE LAMBS*

(but really why haven’t you seen Silence of the Lambs?)

For those of you ignoring the spoiler warning, the main issue I found with the movie was the sacredness of human flesh, particularly of the skin. Part of what makes the movie so disturbing is that the serial killer uses the skin of his victims to form a sort of skin suit so that he can become a woman. I found this defilement of human flesh to be particularly disturbing, so I wanted to think about why I experienced such a strong reaction to this abuse of flesh.

Possibly part of the reason the tampering of skin is so disturbing is because skin is what constitutes a person’s unique physicality. A person’s facial features are integrated into their skin, and after having seen a body without skin, the person is basically unrecognizable without their skin. Thus, when a person loses their skin, they lose an important part of their identity. To add onto this, the serial killer dons the skin of his victims, in a sense robbing and adopting part of their identity.

Compounding this disrespect for flesh is the character of Hannibal, who is a cannibal. Cannibalism occupies a particularly heinous place in public consciousness by being almost beyond comprehension. Why is this? One of the most violent scenes in the movie occurs during a scene in which Hannibal eats part of a man’s face. Building off of the idea of the skin as an important part of a person’s identity, imbibing skin could be seen as both a flagrant disregard for someone’s identity and as a disregard for the sacredness of the human body as a whole. Even when dead, the human body retains part of its status as a person through the imposition of moral limits on treatment of the dead body. Eating human flesh will always be disturbing, regardless of if the body is dead or still alive. 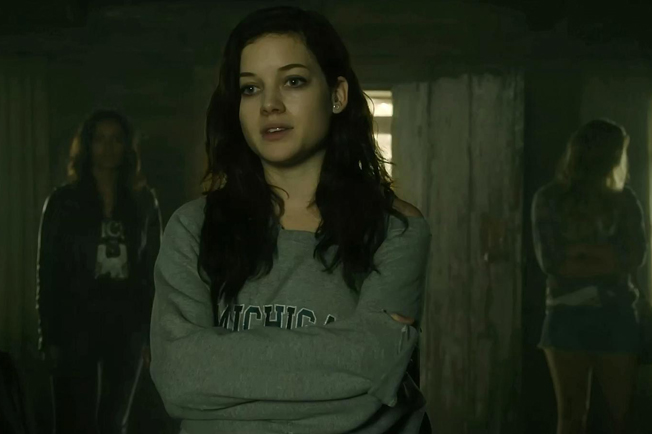