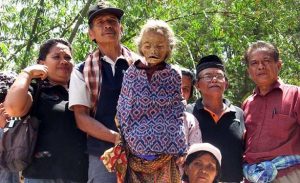 The Emory Wheel for Tuesday, September 24, 2013 reported an incident at our very own Emory University Hospital. The body of Leon Anderton, 68, was removed to be embalmed at Gregory B. Levett & Sons Funeral Homes reportedly without the consent of the hospital or family.

This is an example in everyday life that involves the problematic nature of a corpse. Can someone own a corpse? Who has the authority to handle this corpse? Why would something like this happen and why is so problematic that it did happen?

Something that also came up in this article is that the embalming process does not adhere to Orthodox Christian beliefs, which the family of the deceased is. But the process was already done by the funeral home when the body was returned. How does one rectify this situation when rituals so personal to a family are overlooked? Are there measures set up for this in their culture? Should there be? Why is it that embalming is the go-to ritual in American funeral homes? Since we have such diversity in our country, shouldn’t funeral directors cater to the diversity that exists in funeral rituals?