The Desire and Fear of the Immortal

A phrase from the immensely popular series, A Song of Ice and Fire, valar morghulis is translated as “all men must die,” an idea prevalent in human culture.  Humans tend to define many things in duality: light and darkness, positive and negative, life and death. These concepts are thought of to only exist in relation to one another; without light, there can be no darkness. So, can life as we define it exist without the notion of death; in other words, is something that doesn’t die even alive.

From the desire to create Philosopher’s Stone, to the search for the Fountain of Youth, to modern stories of vampires, the idea of immortality pervades much of human history. What exactly about the notion is so fascinating? I believe it stems from a fear of death, or the unknown that follows. It is a completely normal fear to have due to the modern world’s obsession with “cheating death.” The idea of living indefinitely seems great, ignoring the looming downsides. These include the loneliness that comes with knowing everything around you is mortal or becoming bored when you’ve seen  and done everything. Immortality is rarely depicted as perfect; however, it is still viewed romantically and longed for.

However, even if someone doesn’t long for immortality, it seems that almost everyone is afraid of another’s immortality. This can be most readily seen in fiction writing. For example, the demon or such that cannot be killed by normal means (i.e. Voldemort, Dracula). This is typically shown as being achieved through a Faustian deal or something similar. The soul is given up, but the consciousness remains in the body. Is this why the notion is scary? Why are these characters shown as bad for achieving something that is so desired? I really can’t answer this, but it is an interesting double-standard nonetheless.

Aside from the fantasy of immortality, the actualization of immortality is becoming not so far off. For better or worse, it may not be humans that will attain this immortal status. Research into AI (artificial intelligence) is moving forward every single day. In my biology classes, we discussed that consciousness is probably not be a single entity, but rather the various regions of the brain all working together (this theory is called the neural correlates of consciousness).

This theory is what many researchers in AC (artificial consciousness) are studying; although they must first discover what a consciousness is. But is it possible to synthetically create a consciousness? Is the consciousness equivalent to the soul, is the AC truly alive, can humans use similar technology to extend their existences? These have always been topics in science-fiction, but it may eventually become science-fact. Regardless if an AC is created in a decade, a century, or never, it still remains that we need to redefine life and death. How can we define a living being if it is no longer a requirement that it will eventually die?

Living longer- How long is too long? 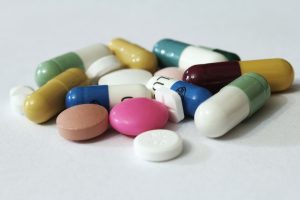 Following a paradigm shift from infectious to chronic disease, life expectancy rose for individuals, currently at 78.8 years of age (U.S based). The article linked below addresses how the drug rapamycin has been given to dogs in order to prolong life, in which questions as to how this drug might also prolong life for humans are mentioned. It’s interesting to consider that society already takes drugs in order to prolong life, ones that mitigate and help to control threatening symptoms or conditions. But what if there were a pill made specifically with the purpose to extend life beyond the average life expectancy? Perhaps one that slows the natural process of the body ‘shutting down’. For me, this is an acceptable but somewhat strange concept. Firstly, I think the concept can be problematic in terms of the incentive for creating or using such a drug. This is not to say that its use should be thought of as negative, especially considering how many individuals could continue to contribute to society beyond ages that would typically render them otherwise. However, I think this concept doesn’t necessarily stem from a desire to further innovation or even to improve society, I think it stems from a deep rooted fear of death and desire for control.

I also think that the concept of taking a drug to ‘extend’ life, falls into the general nature of western biomedical practices being aggressive, and purposed towards creating a more efficient and acceptable society. It seems within this discourse of integrating something into one’s life in order to enhance or improve the current status quo, questions arise that address why humans might be dissatisfied with a very natural and common phenomenon such as death. Again, I think this relates back to issues of control and fear of the unknown, in which taking a pill to extend the period of coming to terms with the end of life will be furthered. But at what point, if any, is extending life too much? I don’t think this is something that can be quantified in years, but is rather a consideration of  the extent that society is willing to go in order to avoid an inevitable process. 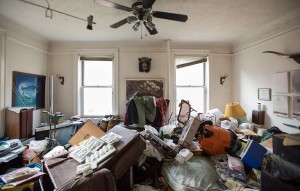 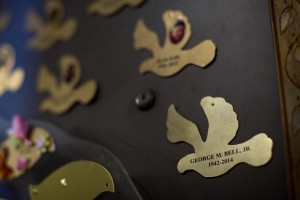