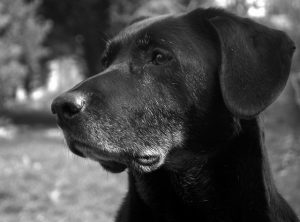 Life panels and the idea of physician-assisted suicide

This morning, I came across this article that discusses the concept of “life panels.” Life panels are a reimagining of the concept of the death panel, which has become a heavily politicized idea. Life panels, however, are removed from the stigma that comes with the death panel idea. While life panels are not yet a thing, they raise issues with the current approach America has to physician-assisted suicide.

Currently, Oregon, Washington, and Vermont are some of the few states that allow for physician-assisted suicide. However, while this sounds great for those states, the decision to end one’s life has to be made when the person is fully competent. This complicates things for people like the author of the article from earlier, whose mother is 95 years old, limited to a hospital bed, with little to no quality of life. However, because she has entered dementia, she is no longer legally competent to choose to end her life.

Why is choosing to end one’s life such a controversial topic for Americans? For me, I see it as a product of America’s religious fervor and how it has intertwined itself with American politics. Because religious Americans often tout the idea of allowing someone to end their life as tantamount to playing God, it has long been outlawed in America. However, these ideas have been partially disrupted by America’s aging population. There are a growing number of Americans who fear losing their faculties, and thus want the right to die in a dignified manner. Speaking from personal experience, my mom’s greatest fear is that she’ll languish with Alzheimer’s in a hospital bed. Because of this, my mother has always had open and candid talks about what she’d want me to do in certain situations. I think this is increasingly common as families experience grandparents that have died under similar conditions.

While “life panels” don’t currently exist, I think that someday they’ll be a common part of growing old in America. Physician-assisted suicide is becoming increasingly accepted across America, and American politics will soon catch up to this.