Mandela’s Funeral Attracts Hundreds and the Famous: An Opportunity for South African locals?

Nelsen Mendela continues to be a symbol of freedom and democracy for all, and is respected and revered by many. His legacy easily makes him extremely famous and his funeral is attracting the attendance of several key individuals including President Bill Clinton, President Obama, and and several other dignitaries. Several world leaders will be in South Africa for this extremely public event, and this is not a surprise to me. It seems as though our culture today expects large, lavish funerals for those who are famous or have contributed greatly to society, and that the public has automatically demanded a right to grieve along with family of the dead. What is interesting about this to me  is the fact that several, several people are going to benefit economically from this momentous event. Suddenly, Mandela regalia has a large demand, and South African locals are benefiting greatly from the influx of visitors.

In the article above, it is said that Mandela’s funeral will be an event for hundreds and it is attracting the attendance of several world-renown icons. South Africa is expected to receive hundreds, even thousands of visitors who will be coming to pay homage to the great leader. Nelson Mandela, at the age of 95, passed away earlier this week, on Thurs Dec 5th, and since then there have been grand plans being made for his funeral. As discussed in class, there is great attention payed to the funeral services of the famous, and this funeral is bound to be a grand event. His funeral is expected to be one week long, and is to included days of prayer and mourning, among other activities.

What is not spoken about is the industry that will benefit from this funeral. The article hints at the business that the state airline, South Africa Airlines, will receive. They will be providing private chartering of flights for several dignitaries to attend, and they will accommodate hundreds of people who will be entering the country in the next week or so.  They also mentioned the increase in Mandela merchandise, such as shirts, posters, pictures, or other regalia. This, along with the revenue from hotels, restaurants, or other services, will be enough for the South African locals to benefit from. In many senses, Mandela’s death will benefit several individuals.

This is similar to the deaths of recent public figures; Micheal Jackson, Whitney Houston, or Princess Diana. This is slightly problematic, but yet a fact of life; people benefit from the death of others. Especially famous people. Almost anything can become a commodity, can’t it?

How many people died? That’s the first thing on everyone’s minds as they hear of exotic natural disasters reported on the news. I wonder why this is the case? Why is there such an emphasis on the number of deaths, that make these things more scary/more of a tragedy? Isn’t the destruction of major infrastructure and homes enough? Do we expect people to die?

In the CNN Article posted at 8:48 this morning, The storm is reported as being one of the strongest ever, that has hit over the past night in the Phillipines. It is state that the level of damage has not been assessed, but that the . The article states that “90% of the infrastructure and establishments have already been heavily damaged,” but the scary part is that the heaviest part of the storm has not hit yet. Though the article has a suspenseful tone, it seems as though there is almost is a silent emphasis on the death toll. The three people who died are mentioned, but throughout out the article, there are subtle hints that allude to the idea that they expect more to die.

About 30 minutes later, another article was posted about this, titled: Philippines battered by monster Typhoon Haiyan; at least 4 killed. I suspect that many articles with these provocative titles will be posted throughout the next couple of days. This is more interesting, I suppose. This makes me think about death tolls and the impact that they have on the understandings of these disasters. As we discussed in class, the Tsunami about ten years ago was seen as so horrible because of the alarming amounts of people who were dead. Also the situation was so horrible because it took everyone by surprise and the town was not prepared.

This in not the case for Haiyan, as it has been established that the country is prepared, and was aware of the storm. Though there has been extensive damage, more than 700,000 people were able to be evacuated prior to the storm. Because of this preparedness, I suspect that the death toll won’t reach proportions as high as other disasters. It can’t be ignored that there are currently winds blowing at 147 miles per hour and there are millions of people in the Philippines that are currently endangered. I think we would say that we desire for the death toll to stay at 4, but I wonder if this is really the case? Would it be a better story if it was 5?

Freedom to Worship? Shooting of Pastor in Worship Service Causing Grief and Bereavement for All 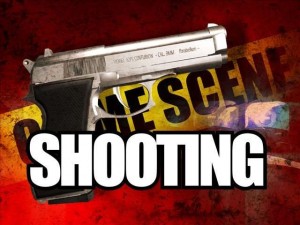 Is it true that religion, or the church is to be a “safe haven” for individuals, a place where they can go and experience freedom and peace? Not for this Louisiana congregation on September 29th, 2013, as Pastor Ronald J. Harris, Sr. of Tabernacle of Praise Worship Center was shot and killed in the middle of a worship service. This situation is disturbing not only because it is yet another case of gun violence, but because this is a horribly “bad” death, and social and moral lines have been crossed yet again. These questions that comes to mind is: is anywhere safe? Shouldn’t the church be exempt from these heartless killings?

For many, the church is they go in order to bury their dead or grieve the loss of the dead. For the congregation of Tabernacle of Praise Worship Center, the church was where they witness the violent death of their pastor. Culturally this is unheard of and is a horrifying death for all involved. The suspect, Woodrow Karey, was said to have been an ex-deacon for Tabernacle of Praise who left the church more than 5 years ago. The reason for this aggression is unknown and has left the entire congregation, especially the victim’s children and grandchildren reeling and confused. Despite his death his daughter continued to speak highly of him, even after death- His 31 year-old-daughter spoke of his saint like qualities, and said that he would say to his gunman, “I forgive you and I love you.”

This type of death goes beyond ethical boundaries for me. The church should be a place where they experience life, not death. This tragedy meets multiple criteria of a bad death: it was unexpected, in a public place, a result of great violence, and “unwarranted.” This pastor was greatly loved and respected in the community, and ‘m sure  is a tragic experience to witness your spiritual leader shot twice and killed in front of you. In putting myself in the shoes of a witness of the shooting, I would be both scared and enraged. What would make a man come into a church service and kill a man, who was in the act of worshiping, in front of everyone, even women and children? The question is why? Why would someone do such a thing?

Well, that is what everyone in this Louisiana church is wondering as well. We live in a culture where we want to know the cause of death and it is important in the mourning process to know this information. It brings about closure. It is also these type of violent deaths that cause a great grief and a sense of bereavement among those who loved the victim. In this case, not only his family will experience great loss, but the church immediately is without a pastor. This causes a great sense of functional loss as well as an emotional loss as well for those who knew this pastor. Thoughts?