Values Conflict at the End of Life

Earlier in the semester, we discussed what constitutes someone as dead and what exactly defines death, since there is no universal standard. Because of this, there are discrepancies in being able to determine when a person’s quality of life is so low that they are practically dead. What makes things even more complicated is when a patient is unconscious or incapable of making the decision to end treatment and die or keep fighting.

What this article discusses is the approach family members and friends make in deciding what to do if their loved ones are in a near death state. According to a study done at Indiana University, researchers found that family members, or what the study called surrogates, often based their judgments on considerations other than what the patients want. The study constituted of interviewing 35 surrogates who made major life decisions on behalf of incapacitated seniors. Researchers found that there were two basic approaches surrogates used to make decisions–“patient-centered” or “surrogate-centered.”

Patient-centered focused on the sick person’s wishes. If there were no documents citing what the patient wants, the surrogate would base their decision on the individual’s personality and beliefs and what they thought the person would want if they were conscious and in the room with them, which is what ethicists refer to as substituted judgment. Or surrogates would recall past conversations that reflected what the person wanted.

However, on the other hand, in surrogate-centered decision thinking, the surrogate imposed their own beliefs and values and what they would want if they were in that same position. In some circumstances, they based their decision on religious values.

What I found disturbing is how the study showed the majority of individuals tend to make surrogate-centered decisions, which I find quite disrespectful to the patient because one of their biggest rights, in my opinion, is violated– they are stripped of their right to end their lives the way they determine. So I think this article shows how selfish family members and friends can be in deciding about life and death decisions by not always putting the patient’s wishes in perspective. 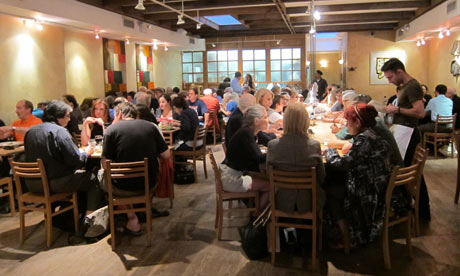