What’s actually going on with the ILA?

In 2012, the Dean of Emory College, Robin Forman, said “Finally, we will suspend graduate admissions to the ILA (Graduate Institute of Liberal Arts) and reorganize the ILA into an institute without permanent faculty. In this reimagined institute, we will strive to create a more fluid structure for promoting interdisciplinary scholarship and teaching, perhaps through rotating faculty appointments.”

The Institute for the Liberal Arts, which is in fact still intact at the undergraduate level and still offers the IDS program, sponsors a seminar series that features interdisciplinary faculty new to Emory.

Link to articles explaining the dissolution of Emory’s Graduate level of ILA: http://www.chronicle.com/blogs/ticker/emory-u-will-close-3-departments-as-part-of-broad-academic-restructuring/48872

Who can attend these seminars?

These special seminars are open to students and faculty from across the university.

What’s the typical format of these seminars?

3:30PM-4:00PM: Refreshments are served to all in attendance. This gives attendees time to meet the professor and allows for a more informal environment.

4:00PM-4:20PM: The speaker presents a provocative problem or issue from their research, aimed toward a general audience.

4:20PM-5:00PM: A discussion among all those present is catalyzed by the speaker’s research.

What was the topic of this seminar?

Abigail Sewell: “Hypermarginalization in Policing: The Illness Burden of Racial and Gender Disparities in Use of Force by Police” 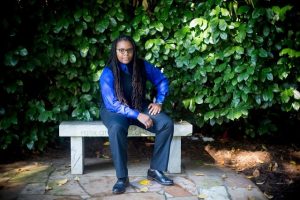 I took the silent cue from other students in the room and put away my computer and pulled out the old-fashioned notebook and pen to take notes. Professor Sewell analyzes illness risks associated with systems of inequalities. She has reached a conclusion that excessive negative police experiences or interaction creates a weathering effect on the bodies of people of color by inciting the fight or flight response over and over again. I went from writing a million pen strokes a minute when she introduced her research topic to completely putting the pen down when she went in depth about her usage of equations and the statistical analysis tests that she used for each intersection. This information was dense and extremely developed. I was the only undergraduate student in a room filled with grad students and established professors.

Why is Professor Sewell a credible source?

Why should this still qualify as a “Grad Life” post?

The majority of students in attendance were graduate students who took a specific interest in maintaining ILA sponsored events after the ILA was dissolved. These students had either participated in the undergraduate level of ILA or they would like an opportunity for more interdisciplinary studies on the graduate level.

The ILA program is a program that would instill a liberal arts and evidence based education in Emory graduate students, which is something that Emory claims to be very passionate about. The way it is structured now, with no permanent faculty, is a disadvantage to Emory graduate students and it should be reverted to its previous structure. Emory has one of the highest endowments in the nation, so despite their given reasoning that the program was not financially sustainable, I do not understand why they would not keep this program alive on the graduate level.

When are the next seminars and what will they be about?