For many, arriving in Singapore and realizing the dominance of the English language can be shocking. Singapore is a unique city composed of many different languages and cultures, and very few other cities in Southeast Asia and in the world as a whole are as multicultural and interwoven. Although the linguistic landscape of Singapore is made up of a mixture of various international languages, English is the common language taught, displayed, and spoken in Singapore in many settings.

While the national language of Singapore is Malay, the four official languages are English, Tamil, Malay, and Mandarin, which exemplifies the cultural breadth of the nation. English is taught in every school, thus making it the most common language heard in public settings. On the other hand, walking through the streets on a daily basis, one hears several different languages extremely frequently that are not limited to only Asian dialects. While families and friends from the same nationality may choose to speak their native languages frequently in both private and public settings, most people speak clear English in professional environments and when in a situation with foreigners. A special and unique aspect of Singapore’s linguistic landscape is the practice of Singlish, which is a mixture of English and Malay influences. It is spoken by native Singaporeans nationwide, and it includes numerous slang terms used by young people. Endings are added to English words to convey different emotions, undertones, and contextual feelings, making it a complex concept. While composed structurally of mainly English, Singlish is relatively difficult to understand by non-native speakers, but having a unifying dialect shared by Singaporeans deepens the connected fabric of the nation.

Additionally, locations all around the city support a multilingual environment in a visual manner, as street signs and advertisements are always written—or at least translated—in British English in the main areas, such as Orchard, the Central Business District, and Downtown. Occasionally, signs will also include a translation into Mandarin, Malay, and other various languages, depending on the location and purpose of the information. For example, restaurant signs on the street frequently feature translations of both English and the relevant language. The languages written on signs in certain niche areas tend to stray from English more often, such as in Chinatown, the Arab Quarter, and Little India; even in these environments, English is very prevalent. 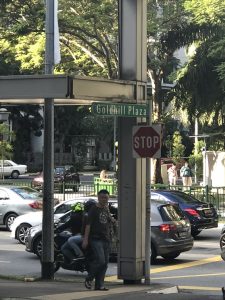 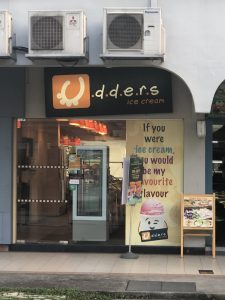 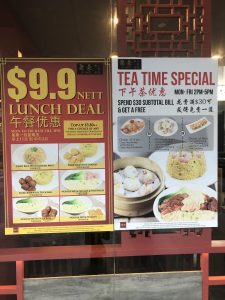 The linguistic landscape of Singapore conveys the significant and dominating role expatriates play in the environment, as highlighted in the dynamics of linguistic landscapes discussed by Leeman and Moden. Since nearly everything is written in English, the effects of its British colonial history, the role tourism plays in the country’s economy, the support of a dual-language learning system, and the reality that half the population are temporary residents are clear: Singapore places an extensive emphasis on their population being able to communicate in English and enter a westernized workforce. While several languages bond different communities across the country and are frequently used in many settings, English in the linguistic landscape plays the most critical and functioning role in the sustainment of Singaporean society.

One Reply to “Linguistic Landscape of Singapore”