New York City is the sixth most multicultural city in the United States, making it an excellent example for looking at the way language is portrayed throughout the city. Because it is in the United States, English is the main language spoken and the majority of signs are all in English. All metro and street signs are in English, so there is no need to learn any language other than English. Although English is the native language, there are still numerous languages being spoken in one place at once. Each time I wait for the subway during rush hour or a busy time and walk from one end of the train to another, I will hear at least three different languages being spoken, either on the phone or to each other in person. Despite the ostensibly multilingual and multicultural nature of New York City, the way in which people interact with it exhibits the characteristics of a Western approach to diversity and culture. 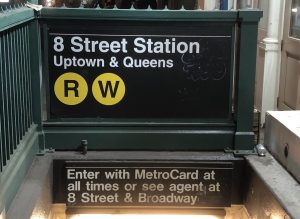 Although New York is a multilingual city, there are several monolingual regions within it. Some of these regions include Chinatown, Little India, Koreatown, Little Brazil, Little Ukraine, and Little Spain. In each of these regions, most of these signs are written in their native language, but they all have an English translation written under them. Even if the sign does not have an English translation for its name, it will at least have a translation for the type of cuisine it is. For example, in Chinatown, the name of one restaurant did not have an English translation but had the words “Chinese cuisine” next to its name. Within each region itself, there is not much diversity between languages aside from the native language and English. Koreatown only consists of Korean and English, Little Brazil only has Portuguese and English, and so forth.
What is most interesting about New York City is that the separate regions within the city demonstrate the way in which society has allowed cultures to separate themselves from each other. They are all part of the greater city New York, but form their own individual societies within it, showing distinct sections and segregation rather than complete integration. This allows the cultures to be accessible to one another but simultaneously avoidable if that’s what one chooses. 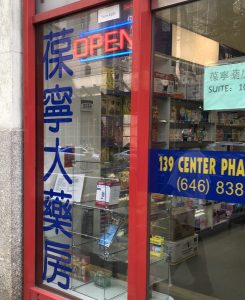 The United States likes to ostensibly portray itself as multicultural, but those cultures are not very well integrated. For example, when most tourists go visit Chinatown, they don’t do it because they want to expose themselves to a new culture, but they do it because it’s the new, hip thing to do. Tourists can pretend they’ve immersed themselves in a new culture, but they are able to rely on all of the English translations that are posted as well as only having to stay in that culture for an hour before they can return to their safe confines of Wall Street. People get to control when they are exposed to another language and for how long, but they are not even fully integrated in it due to the accessibility of their native English language.
Having English posted everywhere, especially in the distinct cultural areas, is convenient for the native English speaker, but it proves to be equally harmful because Americans do not have the patience for speaking different languages. Americans are very dependent on English and become frustrated with foreigners who do not understand English, but they also do not have the patience to learn a foreign language themselves. These interactions, while not universally pervasive within New York, nevertheless illustrate that despite the city’s classification as the sixth most multicultural city in the United States, more work needs to be done to ameliorate many of the social and linguistic cleavages that presently exist. 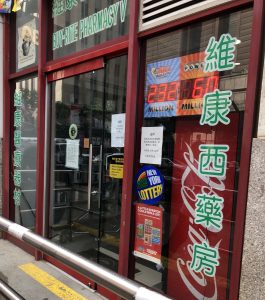