New York’s public use of languages varies with its neighborhoods. Although famous for providing people with lavish chances to access different language, the abundance of different language utilization and the lack of it exist at the same time due to special occasions, rendering this city an extraordinary linguistic landscape. 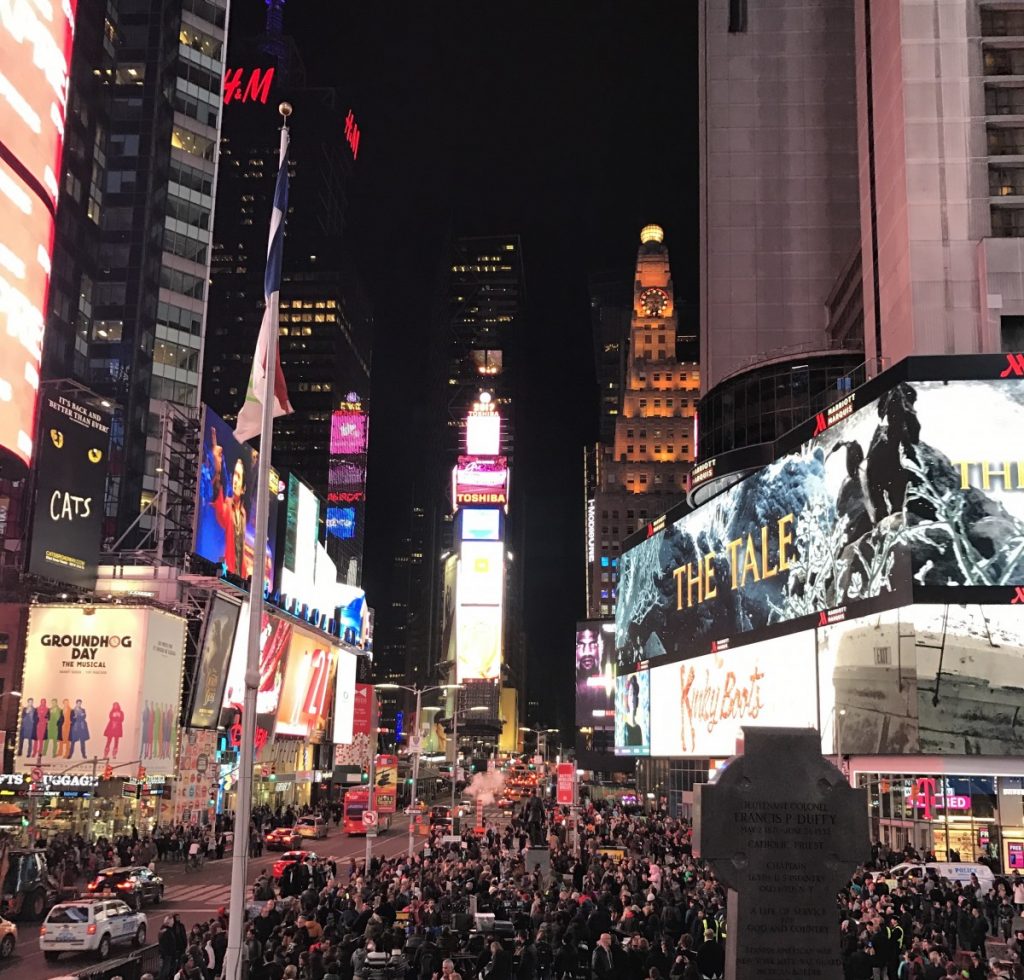 In some cases, as the reading implies, using different languages functions as a tool for distinction, culture preservation and indication for some ethnolinguistic groups. The prominence of different language uses especially emphasizes the distinct environment of the district. For instance, walking into the famous Korean neighborhood leaves people a feeling of visiting Seoul. 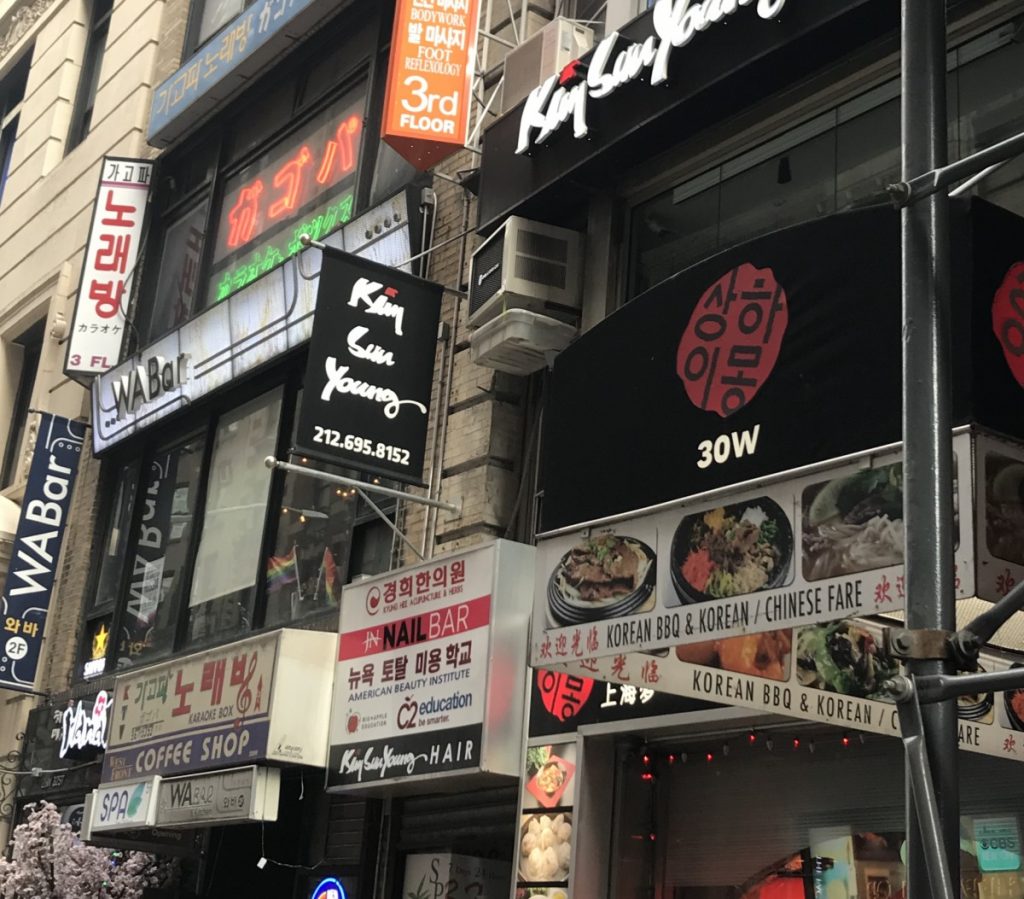 Multilingual usages suddenly fulfill the street: some public signs are made by English and Korean for the local residents’ reading convenience and numerous Korean shops label their special cuisines and trade names in Korean and English to demonstrate the special culture and exotic business style. It will not take a lot of time for visitors to realize this place is relative to Korean elements. While enjoying the fresh linguistic experience, people will feel the uniqueness from this place and appreciate the language culture behind those signs. As the reading suggests(page 344, Leeman & Moden, 2009), such abundance in evocative business signs, foreign language usage, and distinct racial clustering not only satisfies government’s need of preserving and promoting foreign cultural heritage, but also distinguishes the special neighborhoods, such as Korean town, from its surrounding and indicate certain groups. 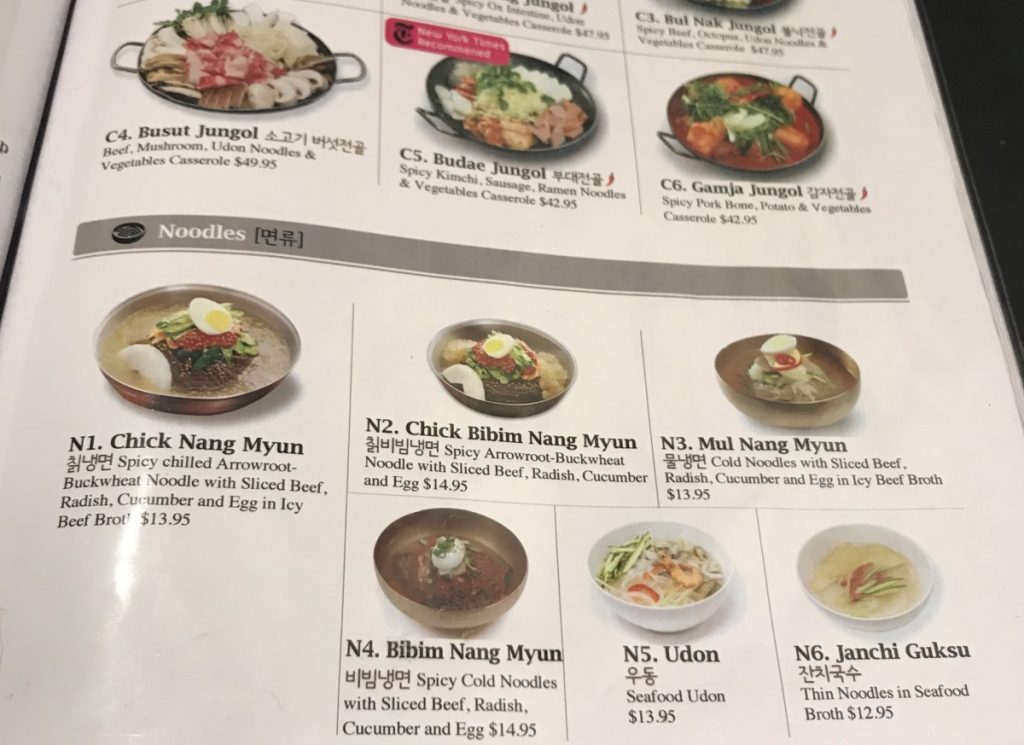 Furthermore, similar with the concept of China town in Leeman Modan reading, the increasing use of multiple languages happens for the promotion of a drastic change in district economies. For example, in New York’s China town, the usage of Chinese increases dramatically and even English skills are redundant as signs such as words on menu are in both Chinese and English and staff can speak Chinese as well. The charactersitic signs and services not only provide Chinese people with informations and resources but also attract the costumers chasing for novelties, potentially enhancing the consumption population and inducing local economic growth. In addition, the use of Chinese potentially highlights China town, leading to a support for town’s business. When workers there speak in Chinese dialects and the public signs are represented in Chinese, a nostalgia arises inside Chinese people and such power actually encourages people to consume at the shops and restaurants in order to gain a feeling of being home. These phenomenon is common in New York. Places like French district and Japanese streets, waiting for nostalgia visitors, are filled with bilingual language signs and speakings. Therefore, the city’s utilization of multiple language in evocative signs and speaking empowers neighborhoods’ economy and finance as well and specialize the areas at the same time.

Even though New York endorses an international community by using multilingual public signs at several special-language domains, in most public places, still English is the only official language in public. It does not mean that speeches on streets are necessarily in English as speaking languages are various on streets, depended on people. However, as for publicly written language such as transportation signals, street directions and other public equipments, English become more dominant and official. Sometimes, even if there are foreign restaurants, the written language on menu, advertisement and other stuff is only used in English as other language writings have become less and less a mean for communication, similar withe the fact mention in reading (page 359, Leeman & Moden, 2009). Moreover, the society potentially admire English as the only official language used in office and other formal situation, strengthening the power of English impact. Overall, the English still is the most influential language on this landscape. 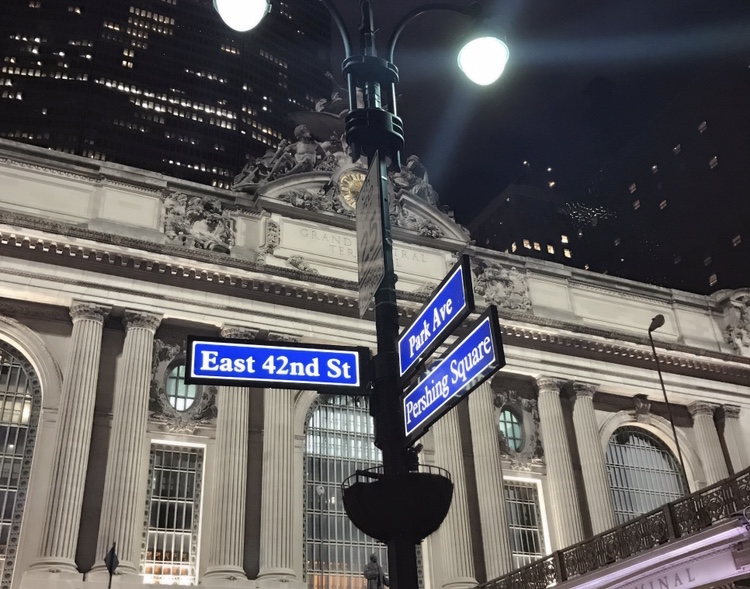 On the other hand, language usage expressed by personal businesses can be more elastic. These private enterprises often shows a use of different languages on signs because of their background of linguistic environment. And for the purpose of expanding business marketing, personal enterprise signs exhibit a wider language use than public ones from the aspects of promoting advertisement, cultural communication and business sale activity. This fact potentially promotes the development of a more diverse language society and enriches the content of linguistic landscape.