All throughout my life, I have been accustomed to the constant exposure to different cultures, ethnicities, and languages. I live just outside of New York City, I attend a private university in Atlanta, GA, thus bringing in students from all over the world, and I am an experienced traveller, always looking for new opportunities to immerse myself in different cultures. Living in Singapore, I have come to find that this susceptibility for various cultures has only been intensified. Singapore is known for its incredible diversity, from English expatriates and Chinese and Malay immigrants, to Korean tourists and Australian workers, there is something quite unifying about the multitude of different cultures and languages in Singapore.

The multi-ethnic background of Singapore can be seen through its linguistic landscape. In Singapore, English is considered the primary language. However, I’ve come to recognize that although English may be considered the primary language, a majority of people in Singapore know a second, or third language, and use it just as freely as they do English. My internship is located in the Central Business District, and walking to lunch from work, I hear a constant buzz around me, where you can just pick out pieces of Chinese, Korean, English, Spanish, Thai, Tamil, Malay, etc. Chinese, I’ve found, is the dominant language just after English. While interviewing for my internship, my interviewer seemed surprised when I had pointed out that I was unable to speak Chinese. The integration of Chinese as a secondary language is apparent while walking down the street, eating lunch, and touring Singapore. Many of the public street signs show both English and Chinese information and directions. In tourist areas, this emphasis on Singapore’s multi-lingual landscape is further highlighted by street signs displaying information and directions in a number of languages, such as Malay, Tamil, and Mandarin, in addition to English. The amalgamation of English and Chinese is evident in Singapore’s curated language, “Singlish”. Singlish is a mixture of English and Chinese, in which the speaker is conversing in English, but finishes a sentence in Chinese. At first, it is difficult to understand because while English is so familiar, the speaker incorporates a few words of Chinese that make it unique and difficult to understand. Singlish as a language symbolizes the multilingual community Singapore has come to be known for.

Similar to the way New York City is a melting pot of languages and cultures, most visible in particular areas of the island, Singapore has specific neighborhoods that spotlights specific languages and cultures. Most distinguished are neighborhoods such as Little India, Chinatown, and Bugis, which are so traditional you can’t help but feel like you’ve been transported to its respective countries. In Little India, the streets are lined with small shops, eateries, temples, and mosques, with all business signs and street signs displaying Tamil and Hindi. Chinatown showcases a mixture of traditional Chinese architecture and modern day skyscrapers, all bearing signs and emblems in Chinese. Bugis, although not as apparent, is dominated by Malay cultures and Malay language. While signs don’t necessarily differ from those posted by public vs. private enterprises, signs in certain neighborhoods align with the predominant language and culture of the neighborhood. These neighborhoods have come to be famous in Singapore for its ethnic backgrounds, and thus, there is an “overwhelmingly commercial nature of material manifestations of language” (Leeman & Modan). Leeman & Modan give an example in their analysis of linguistic landscapes in cultural hubs such as Washington D.C noting the influx of non-Chinese flocking to neighborhoods such as Chinatown in order to “experience exoticness” and participate in the current trend of themed environments. In Singapore, this case is no exception. The commercialized aspect of language and culture in certain neighborhoods have encouraged the integration of modern customs and English language, with traditional practices and native languages. In areas such as Chinatown, Bugis, and Little India, it is almost difficult to discern which is the predominant language of Singapore, however, in just a few MRT stations, downtown areas such as Orchard, Raffles Place, and Marina Bay prove Singapore is an amalgamation of English speakers with traditional, and individual backgrounds 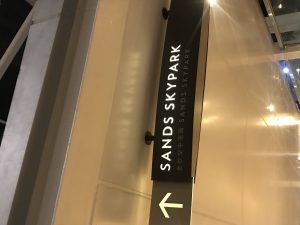 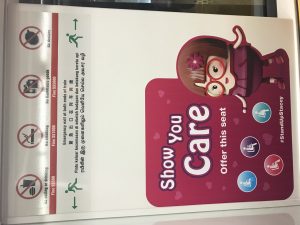 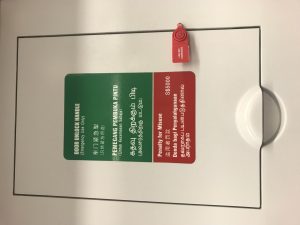