The United States of American has one of the most racially and ethnically diverse population. The languages used in the United States is even more complex, so complex that there is actually no official language in the United States at the federal level. The linguistic landscape in New York City is especially interesting because linguistic landscapes are so different in different areas of the city. The symbolic force of the Chinese signage is well seen in New York City’s Chinatown but rarely seen elsewhere.

Wandering around central Manhattan, it is very hard to see languages besides English used in signs and advertisements. There are several exceptions of Japanese restaurants displaying the store name in Japanese, but English would most definitely be used in the menus and inside of the stores. New York City is a melting pot of all races, ethnicities, and languages and English, as a global language, serves as the best and safest option when it comes choosing what language to be displayed on signs. It would be very hard, if not impossible, to find a store in central Manhattan that has absolutely no English anywhere. 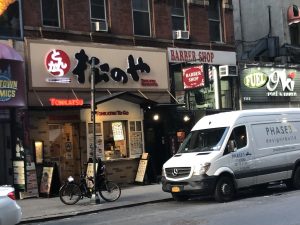 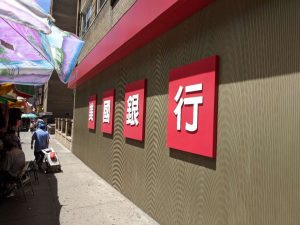 It is not only the written language itself that shows the importance of Chinese in New York City’s Chinatown’s linguistic landscape. Oral discourse and cultural representations all contribute to making NYC’s Chinatown’s linguistic landscape unique. Like it was proposed in the article by Leeman & Modan that “LL research would be well-served by a rethinking of the concept of the landscape itself, based on the way the term is used in cultural geography”. It is especially true that “landscapes are characterized as representations of spaces that privilege particular subject positions and points of view”. 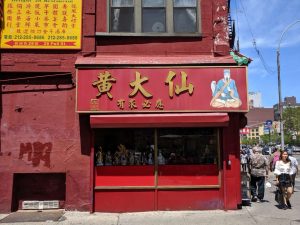 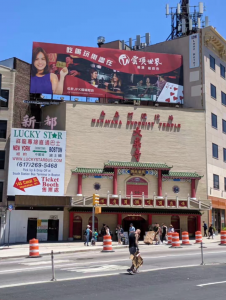 Figure 4. Buddhism Temple in Chinatown with a Chinese Casino Advertisement on top 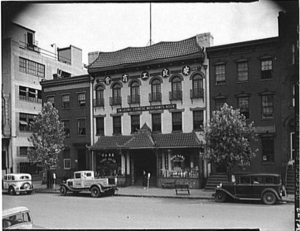 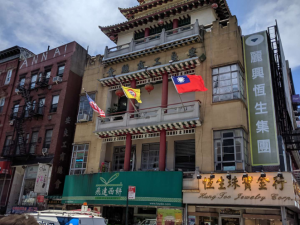