These rocks were most likely formed between 1180 and 1120 million years ago during a period of diverse magmatism that occured along the entire eastern edge of North America after the assembly of the supercontinent Rodinia. Doming of the Tallulah Falls formation occured around 270 million years ago during the assembly of the supercontinent Pangea (Hynes and Rivers, 2010).

The Tallulah Gorge was subsequently formed by the slow, relatively recent erosion of the Tallulah river, which somehow managed to cut through 300 meters of incredibly hard Tallulah quartzite. The quartzite beds seemed to be south-dipping on the overlook at Waypoint 033 and in a uniform unit; the tilted nature of the beds may be evidence of Taconic or Alleghanian ductile deformation that thrust the rocks forward and overturned them during massive mountain building events when the Appalachians were as tall as the Himalayas.

Tallulah Falls: Where Are the Plants?

As stated, the Tallulah Falls Formation is composed of a series of different types of rocks, mainly schists. Weather, water, and biota eventually break rock down into saprolite, decomposing rock, and then soil. However, this is an arduous process which does not occur in a short span of time.

It all starts with primary succession, which is the beginning of ecosystem development on solid rock (Walker and Moral 2003). Although succession is complex and often non-linear, its simplest trajectory is from small biota such as bacteria to larger organisms such as fungi and then onto plants spanning from grasses to trees (Walker and Moral 2003). All landscapes with large amounts of plant matter and well-developed ecosystems originated from primary succession.

Tallulah Falls has gone and is going through primary succession. The park is quite varied, featuring everything from stark slabs of stone to tall hardwoods such as red oak. Some stone-covered areas have already started to become more varied, featuring lichens and small grasses. Over the next century, those areas may become as forested as the neighboring tree-filled patches.

Given the nature of succession, it is possible that all of Tallulah Falls will be covered in soil and plant matter. It will just be on a much, much larger time scale than any single human can observe.

Overview of the Park
Tallulah Gorge State Park is located in Rabun County and was established in 1993.  Its original and current acreage is 2, 710 acres.  In 1905, the discussion began in regards to its creation by the wife of General Longstreet, Helen Dortch Longstreet.  In 1911, Georgia Power bought the land around the Gorge to use it as a source of electricity.  The gorge is around 2 miles long and 1,000 feet deep, with five waterfalls from the Tallulah River to Tugaloo Lake.  The gorge is home to the Green Salamander and Monkeyface Orchid, both endangered species. The gorge also offers recreational activities for tourists such as rock climbing and white-water rafting. 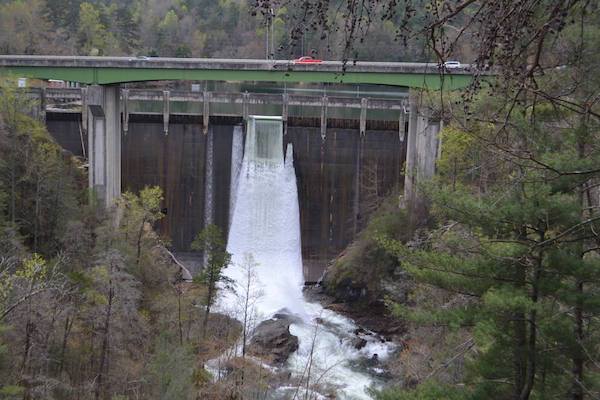 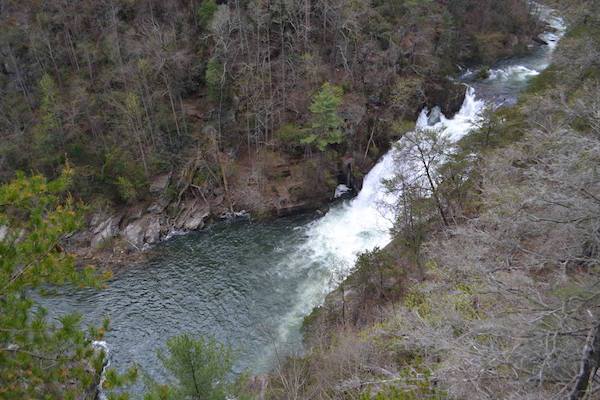