John Wamwara (SJD Candidate, School of Law) is 2017 –2018 Newton Teaching Scholar at the Rose Library. He is supporting the Rose Library Faculty Fellowship program and is reviewing the Rose Library’s collections on Africa. His doctoral research is on how law, religion, and culture have shaped the monogamy -polygamy debate in Kenya; and how this relates to the global debate on legalizing plural marriages.

“Everybody now admits that apartheid was wrong, and all I did was tell the people who wanted to know where I come from and how we lived in South Africa. I just told the world the truth. And if my truth then becomes political, I can’t do anything about that.” Miriam Makeba, Salon TV, 2000. 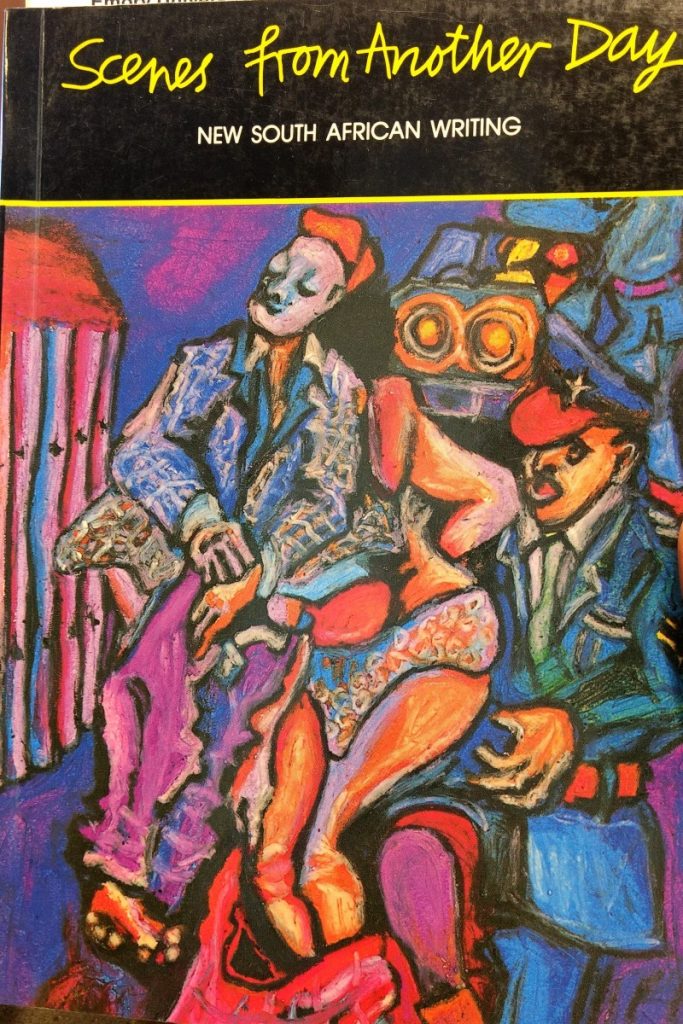 A Collection of Poems by Writers’ Forum, Johannesburg, 1989.

Perhaps there is nothing more potent than the frustrations, the tears, the hopes, and the dreams of a people reduced into a literary form. It was this power that led the South African government to stop Miriam Makeba (Black South African Musician and anti-apartheid icon) reentry into South Africa after international performances and work highlighting the sufferings of black South Africans under the apartheid regime. Makeba was not alone in this – she is just one of the many artists and literary giants whose work of protest, freedom, and change have been documented at the Rose Library.

Toyomi Igus (ed.), Great women in the Struggle: An Introduction for Young Readers, credits Makeba’s work as crucial in the struggle against apartheid. Also, in the Rose Library, is a collection of her songs edited by E. John Miller, Jr. 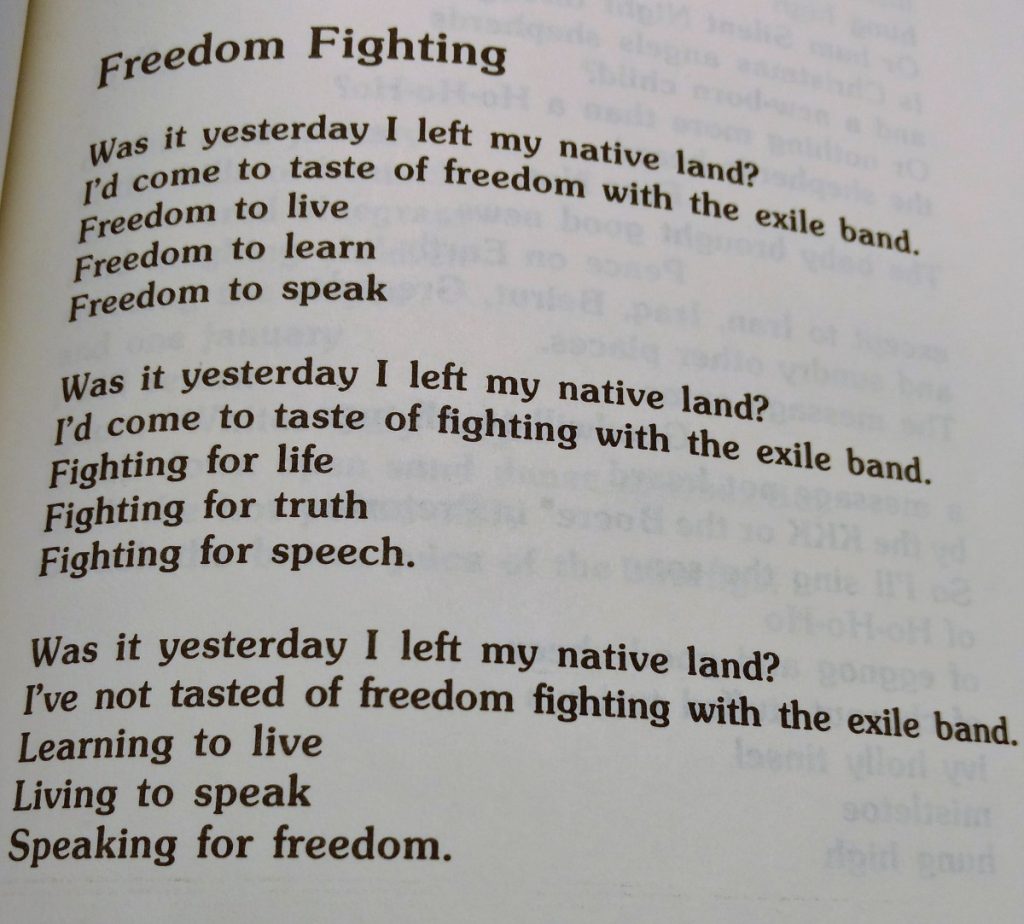 Freedom from Amelia Blossom House’s Our Sun Will Rise

In this collection, one can feel the overtones of protest and activism in titles such as Qongqothwane (The click song), Zenizenabo (Bring them with you or be victorious, Ngoma kurila (A lament), MagwaLandini (You cowards), and Mayibuye (Restore Africa to its owners). On the fight against the apartheid, at the Rose library one comes across titles by Peter Abraham’s Song of the City, the Mine Boy, Tell Freedom, Return to Goli, the Path of Thunder, the Dark Testament, and more. Abraham’s is a story of a people lost between two worlds; neither belonging to the class of the privileged whites; nor suffering the doom of the native ‘curse’. It is a work of protest and awakening; it seeks to awaken the deluded of his race ‘the coloreds’ that the black man’s struggle is their struggle – the struggle for a life of dignity and possibilities. 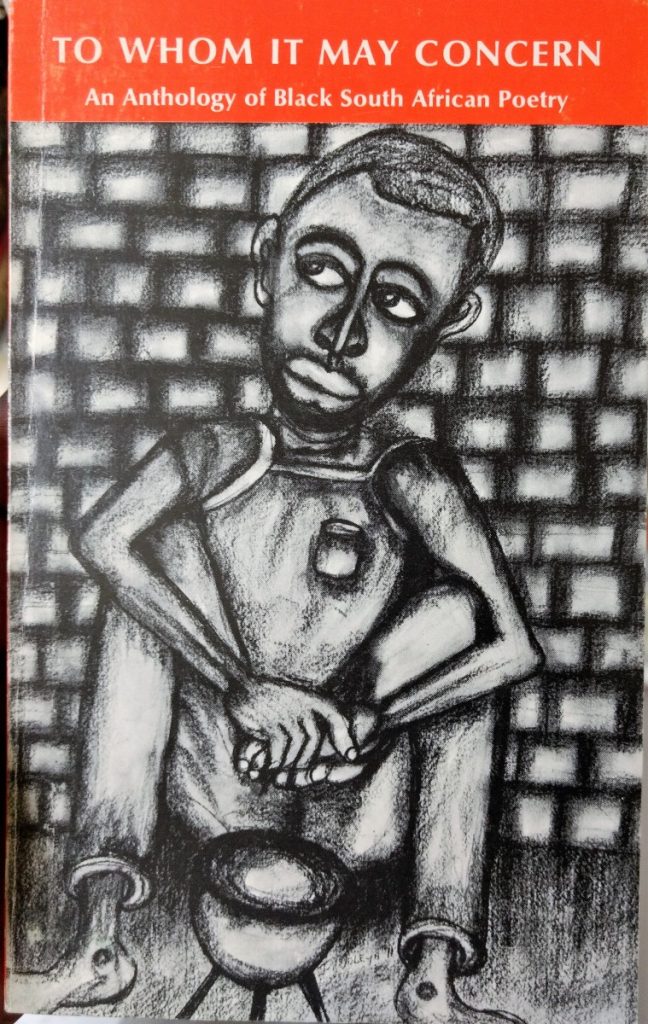 Robert Royston’s To Whom it May Concern: Anthology of Black South African Poetry

Bloke Modisane’s Blame Me on History, gives horrifying account of his experience growing up in apartheid South Africa. It is a life of insecurities where it is only by luck that a black child survives into adulthood. He lost two of his siblings to starvation. It tells of a justice system that treats black people better than it protects white owned pets. A white policeman kills his father and the policeman gets only six months in prison for it.  It tells of a Christianity that is first racial before it is Christian, it is essentially racial more than it is Christian. Bloke’s story is not exceptional, it is the norm as one reads Ezekiel Mphahlele’s Down Second Avenue; Clements Kadalie’s, My Life and the ICU: The Autobiography of a Black Trade Unionist in South Africa; and the many other accounts found at the Rose Library. 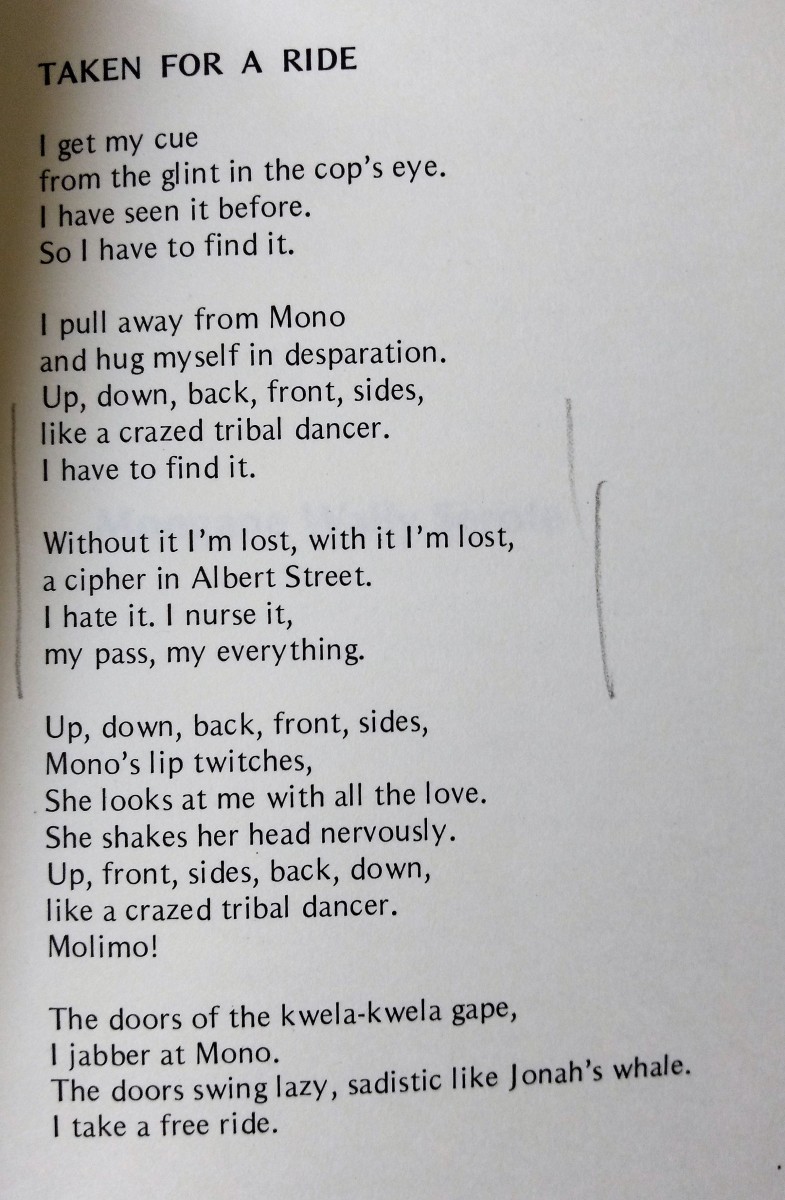 Stanley Motjuwadi’s poem in Taken for A Ride, in To Whom It May Concern Book

may my funeral (like my life) be political/and serve the struggle/may my people use my coffin as a platform/to raise the banner”, (A poem Sobukwe might have written), from The Return of the Amasi Bird: Black South African Poetry 1891 – 1981 by Tim Couzens and Essop Patel (Eds.). This is the theme of most native and some liberal white South Africans. It is a poetry that highlights the struggles of the moment and lifts the hopes of a people to the promise of freedom. It tells them that ‘while weeping may tarry for the night, joy surely comes in the morning’ (Psalms 30:5). These poems are part of the Raymond Danowski Poetry Library collection. It includes Amelia Blossom House’s Our Sun Will Rise: Poems from South Africa; Robert Royston’s To Whom it May Concern: Anthology of Black South African Poetry; Eric Miller’s Thula Baba; and the list is endless. 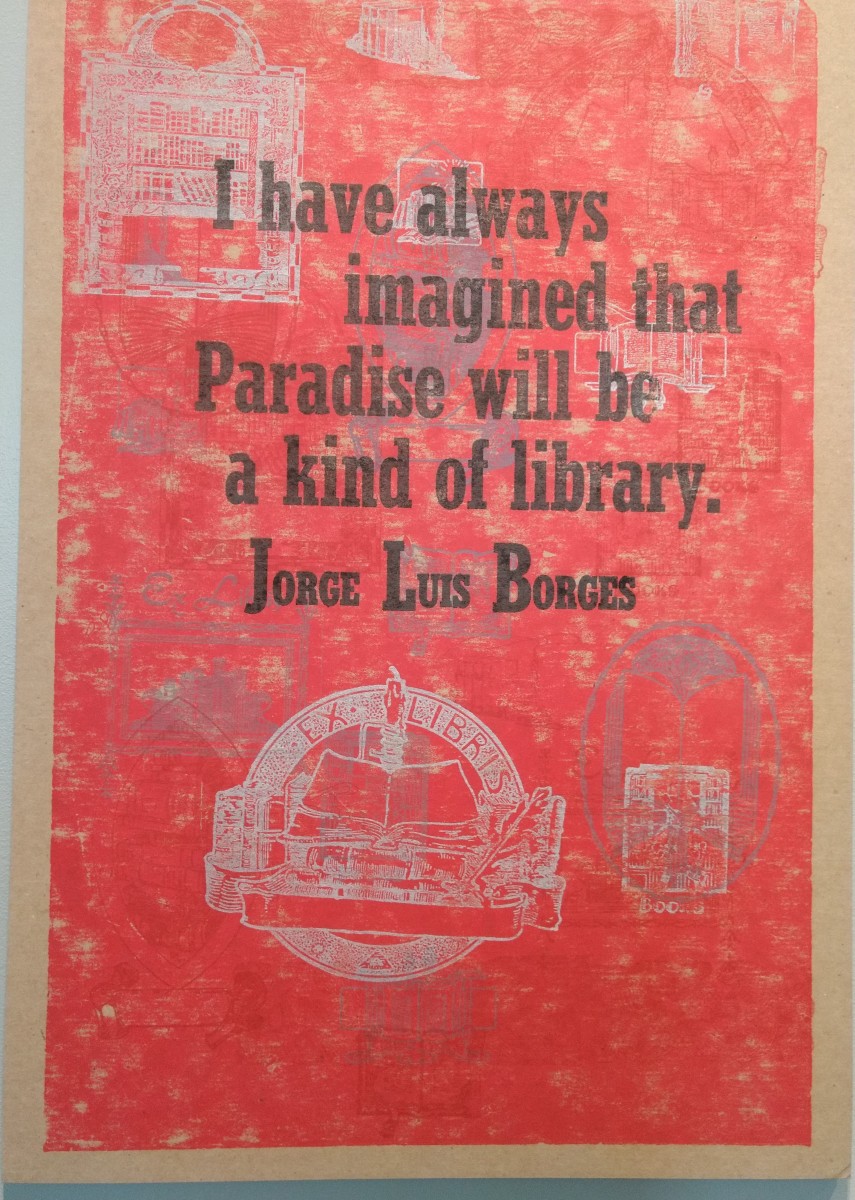 A quote on one of the walls of the Rose Library.

Before finalizing on this post, I went back to the South African materials at the Rose Library and, read through titles, holding some of the books; and feeling them for texture; I remembered a quote by Jorge Luis Borges displayed on one of the walls here, ‘I have always imagined that Paradise will be a kind of library’. In that moment, I was hit by the weight of that statement, here I am nearing the end of an academic year, yet I have only but scratched the surface. I will soon come to the end of my fellowship and I will have to leave. If it was paradise, I would have eternity to go through every title of the South African materials. If you wish to have a taste of the South African hell or paradise (depending on who is viewing/reporting) past, then take a trip to the Stuart A. Rose Library at Emory’s Woodruff Library.