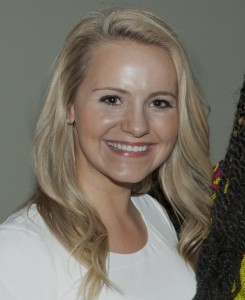 Must I pretend that I am someone else for all time? When will my reflection show who I am inside?

While several Disney movies encompass transgender themes, (Ariel yearning to transform into something forbidden, Belle not fitting into her “small, provincial life”, Elsa’s liberation from solitude by no longer concealing her forbidden magic), there is no other Disney movie which illuminates this topic through musical storytelling quite like Mulan. In this story, a Chinese maiden decides to disguise herself as a man to join the Chinese army to fight the invading Huns. Mulan keeps her assigned gender a secret, knowing women are strictly forbidden from joining the Chinese army and for fear of being executed for the capital offense of impersonating a soldier. While Mulan never associates herself as transgender, her story symbolizes the emotional journey many transgender people experience through their transition, as expressed by Mulan in the song Reflection, in which she wishes her reflection would show who she is inside. While this film creates a positive image for the transgender community, it also extricates an underlying issue within the context of the law and the United States Military: the continued disparate treatment of transgender soldiers.

In September of 2011, the “Don’t Ask Don’t Tell Law,” which had prohibited gay and lesbian people from openly serving in the military for seventeen years, was repealed by Congress and President Obama. However, “Don’t Ask Don’t Tell” lives on for transgender soldiers. Current Pentagon regulations prohibit military service on the basis of “transsexualism, exhibitionism, transvestism, voyeurism, and other paraphilias.” This binding regulation restricts soldiers to openly serve as transgender, accompanied with the fear of bringing a premature end to the careers of qualified service members.

Amending the Pentagon regulations to allow for transgender troops to openly serve in the military or extending the “Don’t Ask Don’t Tell” repeal to protect transgender troops is not a unique idea to the global community. At present, at least eighteen countries allow transgender soldiers to serve openly. Some of these countries include Canada, Israel, Australia, France, and Germany. While experts caution that the likelihood of an actual policy remains uncertain, transgender citizens should have equal opportunity to honorably serve their country.

What can be learned from Mulan? She ultimately becomes a celebrated war hero, but not until after she is outed as a female when she receives medical attention for a battle wound. When Mulan can no longer hide her gender, the General, Chi Fu, pressures Mulan’s superior officer, Shang, to execute Mulan immediately. While Shang is angry with Mulan, he refuses to do so and explains that despite her fraud she saved the entire nation of China. Perhaps what the United States needs is their own Shang (maybe in the form of a Congressman or a President) who will defend the transgender community’s right of respect and equality for opportunity to honorably serve their country while not having to conceal their true reflections.

This site is a collection of reviews and analyses of films and TV shows with legal themes. Movie Law Review is edited by Dr. Mark Goldfeder, senior lecturer and Spruill Family Senior Fellow at the Center for the Study of Law and Religion at Emory University. Authors of reviews and analyses are students at Emory Law as well as staff and faculty. We may take a close look at films with religious themes as well.

Thank you for reading!