The noodle plays a vital role in reflecting the values of various cultures. In class we discussed the deeply rooted history of noodles in China and Italy as we debunked the myth that Marco Polo introduced pasta to Italy using journals on the Silk Road. The story of Marco Polo highlights the importance of the noodle in multicultural relations. Although noodles around the world are prepared and eaten differently the basis of the noodle allows for a shared food that can be used to unify people that have otherwise very different cultural differences.

The true origins of the noodle can be traced back nearly 4000 years in  Lajia, China’s Qinghai province. Lajia was a flourishing community of people until a series of natural disasters occurred, specifically an earthquake followed by a flood, leaving the area frozen in time. Many items of this tragedy were maintained for thousands of years and among them were a bowl of noodles! That bowl of noodles was able to give us a glimpse into the lives of the people living in the Lajia region as we can hypothesize about the tools to construct those noodles and the ingredients used in the dish. 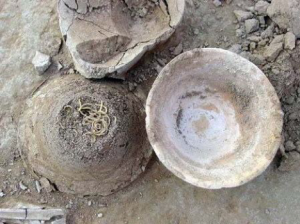 Noodles, traditionally and today provides key information about the stories behind many of the common noodles found in China. I love how many of the Chinese traditions are directly related to noodles to link history and food. They use noodles as a means to relate to their rich culture as they go through the process of cooking and eating certain noodles depending on the occasion (long life noodles for birthdays, dumplings for Summer Festivals, and my personal favorite the old friend noodle. (Zhang, 2)

The folk tale behind Guangxi vinegar-pepper noodles describes a relationship between a teahouse owner and a regular customer who makes an appearance every day. When the customer did not show up one day the shopkeeper followed up on his friend and realized he was sick. Similar to how the Guangxi vinegar pepper noodle was brought to the friend when he was sick, these spicy noodles are being used today to have close friends/family sweat away illness. I love this Chinese noodle the most because the value placed on providing help to people who are ill. I am aspiring to become a pediatrician later in life so I’m drawn to the idea of using food to cure illness.  (Zhang, 2)

The Italians place an importance on the pasta’s consistency to remaining unchanged. An Intro to Italian Pasta provided an in depth analysis of all the different varieties of pastas and how they are implemented into Italian cuisine. Although Angel Hair has a long thin shape similar to hair and Gemelli has a spiral shape consisting of 2 strings of pasta, they are made of virtually the same ingredients of wheat and durum flour. Because the ingredients have not changed Italians have used their creativeness to come up with countless ways to create pasta, directly referencing Italy’s rich artistic roots. Italy’s innovativeness can been seen through the works of Michelangelo’s Sistine Chapel or Apulia’s (a region of Italy) creation of the Orecchiette pasta that resembles a small ear. Although both Chinese and Italians use noodles differently, both cultures place noodles at an integral position in their societies.

Thomas Talhelm’s study on Rice Theory provides an account of the relationship between social anthropology/psychology and food as the noodle was used to describe the difference in the types of people in different regions of China. In Southern China people tend to be more communicative and have a sense of teamwork which could relate to the need to work with others to harvest the main crop, rice. However, in the North where wheat is accessible people seem to be more independent. This could as a result of the use of wheat for each family to independently make their noodles without much help from others. Because the noodle is one of the main foods in China and Italy, the ingredient gathering process for the noodle plays an integral role in the food culture for these countries.

I believe the noodle also plays a vital role in providing shared experiences among people who would typically not have a lot of food in common is crucial. Italy and China have very different dishes as a result of the different access to ingredients (South China has rice noodles, Italy has access to wheat), however the identity of the noodle can be used as a starting conversation between people of different ethnicities and backgrounds. When people know that they have one thing in common (work, sport interest, friends) the idea of starting a conversation can feel less daunting. I plan to personally use the noodle more in my life as I use it to unify people who may not seem to feel as though they have a lot in common.

Most of the dictionary definitions of the noodle will mention pasta that is made from dough of flour and water. Some definitions also describe how it is made or eaten, however I think that contribution narrows down the identity of the pasta. Drawing inspiration from all the readings this week that described noodles as well as the classification of noodle dishes I would define the noodle as “A cross-cultural food that is prepared using a variety of methods and can come in different compositions.” 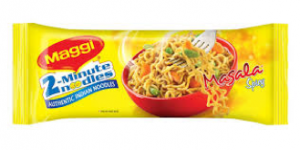 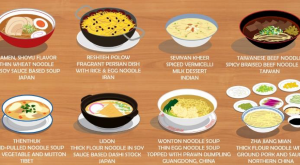 This image represents the noodle as it demonstrates the influence the “simple noodle” has had on the world. It has ties in Japan, Iran, Taiwan, India, and of course China to mention a few. Although the origins are placed in China I love how this picture highlighted the fact that different types of noodles can be found in different regions of China (Northern China vs. Guangdong). Not to mention its influence on the world, this picture also shows the salient features of the noodle through the variety of ingredients that are used in each of these dishes (some have vegetables, meat, egg, etc). The shape is also crucial as this image shows the ramen like noodle in the Chinese noodles to the nontraditional Indian noodle which is typically cut into a shorter segments of noodle. The color of the noodles and the soup is also seen through this picture as the Japanese bowl of ramen has a darker soup whereas the Chinese Zha Jiang Mian has a lighter broth. I just love how each of these dishes is so different but the focal point of all of them is the noodle which holds a dear place in not only my life, but the lives of people around the world.