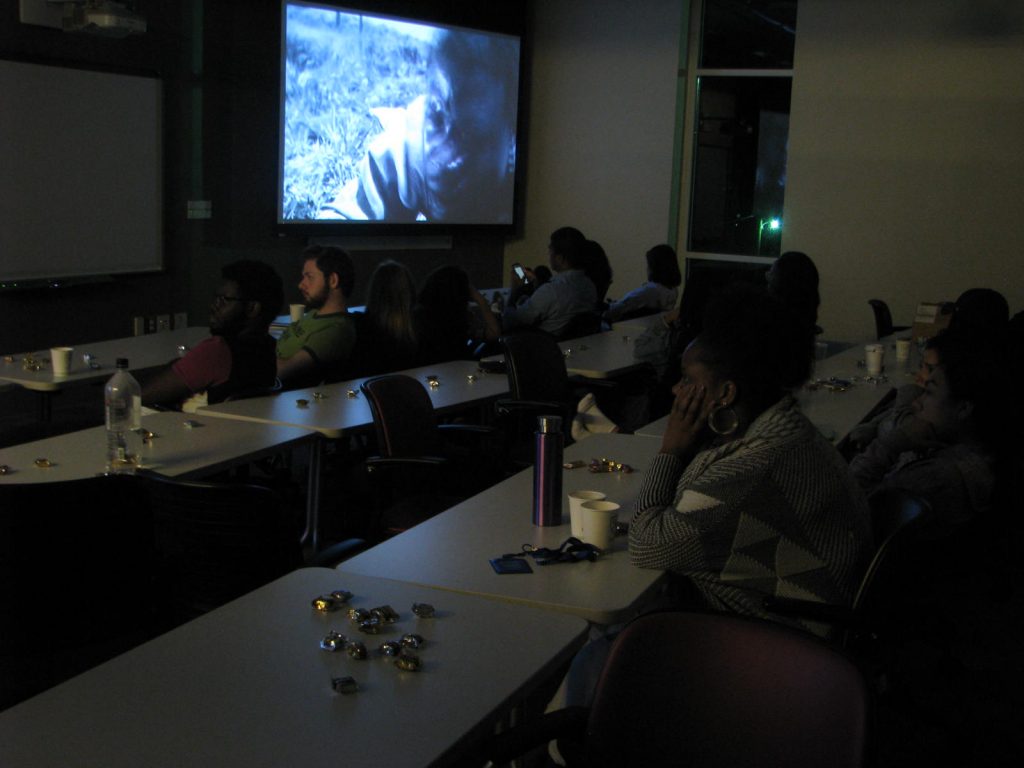 The Oxford College Library debuted a new film screening series last Thursday, September 7. The library is collaborating with the Oxford Film Club, under the advisement of film studies professor Dr. Dave Resha, to screen a film each month in the library. This month’s selection was the Academy Award-nominated documentary I Am Not Your Negro, which follows social critic James Baldwin and the story of racism in modern America. Given recent events in Charlottesville, VA and around the United States, we wanted to show a film that spoke to Oxford College’s commitment to diversity and inclusivity on campus.
The series will feature films from Kanopy, a new service for streaming videos, which showcases the library’s response to the popularity of streaming over physical DVDs. Kanopy has a visually pleasing and user-friendly interface similar to other streaming providers like Netflix and Hulu. However, Kanopy features more academic content, such as the Criterion collection, BBC, PBS, documentaries, and foreign films. This is a wonderful resource for clubs and student organizations on campus, since public performance rights (PPR) are automatically included for each title. For more information about Kanopy, visit the Oxford College Library website.
Stay tuned for our next film screening on Thursday, October 5 at 8 pm in room 230!