Last week, police officers with the Cleveland Police Department filed a federal lawsuit for the racial discrimination against them following a fatal car chase that happened two years ago. “The officers – eight white and one Hispanic – claim the department has a history of treating non-black officers who shoot black residents “more harshly” than black officers involved in shootings” (Shaffer).

The case involved Timothy Russell and Malissa Williams who led police on a high-speed car chase. Apparently more than 90 officers participated in chase and both of the African American individuals were shot more than 20 times while a total of 137 shots were fired. At the end of the chase, no weapon was found in the suspects’ car. Both families of Russell and Williams filed a lawsuit that was settled by the city for $3 million (Shaffer).  The nine officers primarily involved in the shooting were immediately placed on administrative leave with full pay.

The officers were ordered to serve a 45-day “cooling-off period” in the department gym where they would perform simple tasks. “Additionally, during this period, officers are not allowed to accrue overtime hours or seek out other employment; they are not compensated for court appearances, nor are they eligible to apply for promotions or transfers of any kind” (Griffin). The officers called the duty “menial” and “unpleasant” in the formal complaint.

Last Thursday night, President Obama addressed the United States’ immigration reform to the world. The reform to immigration policy “includes border security and business-related measures, but the focus – and controversy – of the actions is in the broadening of temporary legal status for certain categories of undocumented immigrants” (McMorris and Carrasquillo). This policy would expand the actions of the Deferred Action for Childhood Arrivals program to include undocumented immigrants who entered the country before 2010 as the program already includes individuals who entered before 2007. “The temporary legal status will last for three years at a time” (McMorris and Carrasquillo). However, the new policy does not include the parents of DREAMers.

From our class discussion on DREAMers, we learned that they do not have a connection to existing law that citizens and legal residents have. Apparently, “the administration looked for ways to grant their parents legal status, but in the end administration lawyers at both the Department of Homeland Security and the White House couldn’t find a legal way to do it” (McMorris and Carrasquillo). The reasoning behind this is that existing citizens and legal residents have the chance to gain citizenship/legal status for parents who live outside the US borders but DREAMers are technically, undocumented themselves (McMorris and Carrasquillo).

I am interested to hear all of your comments on this recent immigration reform. Do you think this is a step in the right direction? What else could have been proposed? 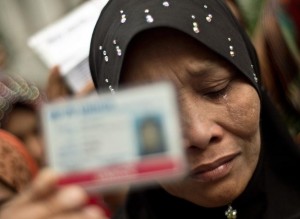 Today President Obama travels to Burma on a three-country trip to Asia. This trip is in sanction with his administration’s urge to restore ties with Burma, which were degraded in 1988 after the country was taken over by its military. He will meet with President Thein Sein during his trip. In addition to the nation-state ties, Burma currently has an extreme human rights crisis.

“The Rohingya, who are Muslim, have faced persecution for decades, living as second-class citizens among the majority Buddhist population” (Brown).  This group of individuals had their citizenship removed under a law passed back in 1982 (Brown). The current citizens of Burma now consider the Rohingya as illegal immigrants from Bangladesh. “Since violence between Buddhists and Muslims first erupted two years ago, more than 100,000 Rohingya have fled by boat. Another 100,000 are confined to refugee camps in deplorable conditions” (Brown). The Burmese government recently passed a policy giving the Rohingya two options: “prove that your family has lived in Burma for more than 60 years and qualify for second-class citizenship, or be placed in camps and face deportation” (Perlez).

This crisis ties in our current discussion about global migration and human rights. I see parallels between the United States and Burma in using fear and oppression as a form of social control. Yet the United States uses mass incarceration to control certain individuals while the Burmese government takes a different approach and physically removes groups of people from their country. I find it concerning that our nation places emphasis on other’s issues rather than focusing on its own. 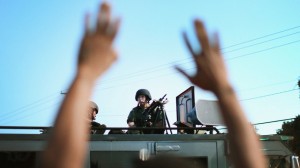 I find it interesting to see how our nation’s use of fear is put into practice especially during policing protests. A spokesman for the St. Louis County Police Department responded to the Amnesty report by saying they “had one mission, and that was the preservation of life.” This example mirrors topics discussed in our upcoming reading about globalization and its effects on state boarders, international law and how fear is used as a form of social control. These practices are put into place to protect us yet the legislation ultimately leads to the destruction of basic human rights and sovereignty.

The Amnesty International report can be found here: http://www.amnestyusa.org/sites/default/files/onthestreetsofamericaamnestyinternational.pdf 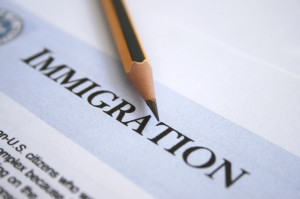 As we transition into the effects of globalization on immigration in the United States, I thought it would be interesting to touch on a recent issue regarding immigration. The main article I will be talking about can be found here: http://nvonews.com/immigration-reform-executive-order-latino-votes-wouldnt-go-to-democrats/

Currently, immigrants are concerned with President Obama’s lax attitude towards implementing his previously promised reform on immigration in America. Now that midterm elections are soon, Obama and his fellow Democrats plan on talking about the issue but there is “no sign of the executive order regarding the immigration reform” (NVO News). Individuals supporting the reform have asked Obama to expand deferred action and to chance enforcement priorities (http://www.buzzfeed.com/adriancarrasquillo/source-obama-speech-will-emphasize-to-latinos-that-immigrati#3rhyv7s).

Individuals do not know where to turn for political support on immigration now. “Immigration activist are asking to convince people to vote for whoever supports immigration irrespective of political and party affiliations” (NVO News).

I do not know much about immigration issues in the United States but it seems to me that this article is mainly about gaining votes for politicians not about the genuine issues surrounding immigration. What do you know about current immigration concerns in this country?

My blog post focuses on the shooting of John Crawford III, which highlights the prevailing racial prejudices of law enforcement and the general public. While the incident does not involve the War on Drugs directly, it is still a prime example of racism and unlawful action.

Crawford, a 22-year-old African American male, was fatally shot by police in an Ohio Walmart in early August. Another shopper had reported him because it seemed that he was carrying an AR-15 rifle when in fact he was carrying an unpackaged MK-177 BB pellet rifle he had picked up in the toy department a few moments earlier.

According to the police accounts, Crawford ignored their commands to drop the weapon, which then prompted them to open fire. The surveillance video tells other wise. Crawford had his back the police and was talking on his cellphone when the shooting happened. Police shot him before they told him “Get on the ground.”

What amazes me is that the police did not even look at the unpackaged pellet rifle. Crawford was unarmed, innocent and unaware of what was about to come. The report was placed simply because he was an individual of color. Crawford posed no threat.

I would also like to mention the fact that the customer who placed the report was a former Marine. It surprises me that a military professional did not know the difference between the two types of guns, a seemingly easy distinction for someone exposed to firearms.