Brody and Engelhardt introduce the history of healthcare and provide insightful examples of countries that offer socialized medicine, starting with Germany and Britain. This article alone mentions discouragement of treatment to more advanced technology as reasons for healthcare success, but these reasons themselves are not enough to reveal how they are more moral.

I also encourage you to check out this revealing attempt by the Internet (the ever-entertaining Yahoo Answers)  in responding to a related question: https://answers.yahoo.com/question/index?qid=20101119020726AApz3pv

(It is funny picking up on how everyone thinks they are the expert, and answers range from education reform to budgeting to immigrant policies!). 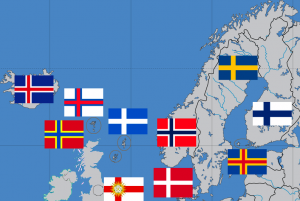 In addition to Germany and Britain, we should perhaps take a look at Scandinavian countries like Norway and to understand more deeply why they are healthier – healthier bodies, and healthier wallets. Their systems are consistently more successful in the big picture.

The Nordic countries are considered to be the best-governed nations in the world (The Economist). Sweden, Denmark, Finland, and Norway are ranked highest overall, taking into account all factors to ensure relevancy to health. These include global competitiveness, innovation, corruption perceptions, ease of doing business, human development, and prosperity. However, these high marks are a result of  subjective perceptions from outsiders just as much as what numbers reveal. As a consequence, people also attach higher levels of morality with the original affairs. By this I am suggesting the US is capable of providing the healthcare everyone deserves, as we are capable of handling large scale economic calibers. While some say we are disadvantaged for having invented Coke and McDonald’s, their global prevalence gives us no grounds to suggest we are doomed to spend more on our health outcomes. Since the basic conditions are met and align with other first world countries, the problem is not that we do not have the means, but that something is holding us back. This is a moral problem. The situation denies what the US government promises its people, and American individuals have been stuck as the victims of this moral dilemma. Brody and Engelhardt ask many questions as to how approach a solution, but answers need to come from politicians and businessmen who must look at this as ethicists. After all, healthcare is where politics and economics collide.

They do not need to start from scratch. It is already established the prevention is cost efficient. The resulting health benefits and lower costs of treating disease, thus ethically serve us. Since prevention is the key to our deserved outcomes, it is, as a result, moral to push vaccinations, limit smoking, and consumption of sugar. While it is not completely mandatory (preserving the freedom also promised by out government), it serves us better than if public health efforts did not get this chance – to have as much influence as for-profit and often illness-inducing corporations. The US needs to take a hint and realize that what works best is investing in prevention, for the sake of its budget and the health and promise to its people.

The Secret of their Success, The Economist. http://www.economist.com/news/special-report/21570835-nordic-countries-are-probably-best-governed-world-secret-their Last Accessed April 7, 2014.