As the Atlanta temperatures begin their ascent, we at Pitts try to embrace summer possibilities like The Great Gatsby’s Nick Carraway: “And so with the sunshine and the great bursts of leaves growing on the trees, just as things grow in fast movies, I had that familiar conviction that life was beginning over again with the summer. There was so much to read, for one thing.” 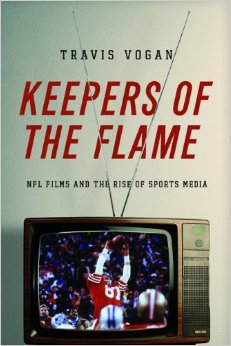 Since there is so much to read, we continue our summer reading suggestions with advice from circulation guru Myron McGhee and Interlibrary Loan genius Anne Marie McLean. In addition to his famous photography skills, Myron also reads widely, and his suggestions reflect that variety. First, for sports fans and anyone interested in the industry that has arisen around professional athletics, Myron suggests Keepers of the Flame: NFL Films and the Rise of Sports Media (University of Illinois Press, 2014) by Travis Vogan. Myron says this fun summer read “provides a spot on description how of NFL Films founders, the father son duo of Ed and Steve Sabol propelled American football’s popularity far and above any other sport in America.” This book is both “a fascinating history of the NFL” and a reminder of the “music, images, and mystique created by the films whose techniques have revolutionized sports broadcasting.” 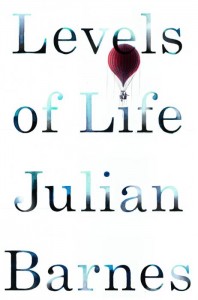 Second, passing on the suggestion of an Emory faculty member, Myron also recommends two works by Julian Barnes: Levels of Life (Vintage, 2014) and Nothing to Be Frightened Of (Vintage, 2009). Myron explains that Levels of Life walks the line between memoir and fiction, exploring “the early history of ballooning and aerial photography and a fictional encounter between British Army officer Fred Burnaby and French actor Sarah Bernhardt, which leads to a reflection in response to the untimely death of the the author’s wife, Pat Kavanaugh.” Along the same lines, Nothing to be Frightened Of is a memoir/essay on mortality, “written in the author’s humorous and cynical style.” Myron believes that both of these works offer “an intriguing balance of history, deep personal reflections, humor and cynicism.” 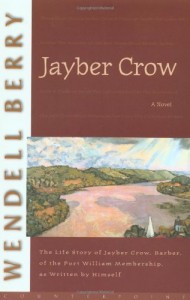 Anne Marie’s suggestion comes out Dr. Carol Newsom’s “Bible and Care of the Earth” course, and she highly recommends Wendell Berry’s Jayber Crow (Counterpoint, 2000). The book follows the life of man who has dropped out of seminary to contemplate the “big questions,” and it includes his reflections on “life in a small, rural town as the industrialization of farming starts to break up families and communities.” Anne Marie says the story is sprinkled with questions of eco-theology– for her, reading this book “was much more powerful than any Al Gore documentary.”

We can think of no better way to celebrate the glory of an Atlanta summer!