I am interested in the molecular and genetic mechanisms that are involved in the development of a functional nervous system. The research in my lab is focused on the development of the vertebrate enteric nervous system (ENS), which is the nervous system of the intestine. I use the zebrafish in my studies, utilizing this model system’s genetic, embryological and cell biological strengths. The ENS is the largest and most complicated subdivision of the peripheral nervous system and is completely derived from the neural crest, a multipotent stem cell population. ENS neurons are phenotypically highly diverse, exhibiting a broad range of morphologies, electrophysiological properties and neurotransmitters. In the intestine ENS neurons form a fully functional neural circuit that can function without central nervous system input. Studies of ENS development are of clinical significance. Hirschsprung’s disease (HSCR)is a neuronal dysplasia of the intestine that affects 1 in 5000 live births. So far geneticists have identified ~18 genes with mutations in HSCR patients. Of these genes, the receptor tyrosine kinase ret accounts for >80% of all known mutations. However the genetic basis of the disease in the vast majority of HSCR patients is unknown. Furthermore there is a high degree of variability in the penetrance of the disease phenotype associated with mutations in the known HSCR genes.

We have developed the zebrafish as a model system to study ENS development. We have shown there is a strong evolutionary conservation in the genes required for ENS development from zebrafish to man. Nearly all of the known HSCR genes have been shown to be required for normal zebrafish ENS development. Significantly we have shown that antisense knockdown of the zebrafish orthologue of ret leads to intestinal aganglionosis in the fish. Currently we are utilizing the zebrafish model system to functionally analyze HSCR patients gene variants as a method to identify new causative HSCR genes using antisense approaches and genome editing approaches. In addition my lab investigates how the ENS is generated from the neural crest and how the ENS neural circuitry is established. The zebrafish ENS is derived from neural crest cells that come from one specific axial region, the post-otic region. These post-otic neural crest cells give rise to ENS neurons that can be found along the entire length of the larval intestine 4 days after fertilization. We have developed a number of transgenic zebrafish lines that are enabling us to specifically analyze the lineage of various different subtypes of ENS neurons. We are subsequently using these lines to help us analyze the role of various different signaling pathways in ENS development. We are perturbing these signalling pathways genetically and pharmacologically.

General problem: The ENS is the largest most complicated subdivision of the peripheral nervous system and is completely derived from neural crest stem cells (NCSC). My lab is interested in determining what genes are involved in the specification of the NCSC that form the ENS. We are also interested in determining what molecules are involved patterning the migration of NCSC in the intestine and if these same molecules are involved in patterning the axonal projections of the differentiated ENS neurons in the intestine.

Experimental Approach: We have developed the zebrafish as a model system to study ENS development taking advantage of the systems embryological, cell biological and genetic strengths. We have undertaken a genetic screen to identify zebrafish mutants that lack or have a reduction in the number of enteric neurons in the intestine and have identified 6 ENS mutants to date. We are now screening for more ENS mutants using transgenic zebrafish that express green fluorescent protein (GFP) in all differentiated neurons and by screening for zebrafish that have defective intestinal peristalsis. 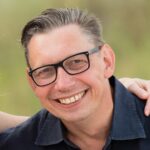