This week we are going to explore the correspondences between nostalgia and economic independence, and how historical memory begins to appear as cinematic pastiche in Spain.  The reading by Pavlović on Autarky and Papier- Mâché Cinema between 1939 and 1950, alongside the poem by Gloria Fuertes, “Off the Map” and the story by Rosa Chacel, “Chinina-Migone” will help us see how economics, independence, pastiche, and historical memory play critical roles in the development of the literature and cinema in the repressive frame of fascism.

By Saturday at 5PM at the latest, please post comments, questions, or doubts you have regarding this correspondence between economics, nostalgia, and historical memory, and how you see it represented in the cinema and literature we are going to discuss. 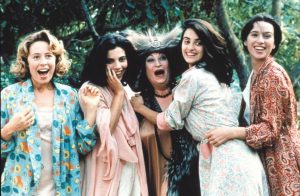 With Fernando Trueba’s Belle Époque (1992) we will see a post-Francoist representation of the first glimpses of economic independence during the good times of the Republic, the nostalgia that characterized historical memory of españoladas,  and the way in which cinematic pastiche points to the disasters of fascism to come after 1939.

.  On Thursday, we will hear Ms. Tate present the article by Benet, “Historical Films During the First Years of the Franco Regime and their Transnational Models” (31-41)

.  PLEASE, NOTE: The deadline for paper 1: Engagement and propaganda of fascism and resistance to it has been moved to Monday the 25 at 10AM.  Print version (NOT by email), in my mailbox at the Department of Spanish during business hours, or under the door of my office (515 South Callaway) after hours.