The Economic Value of Migrants

After the discussions in class and the readings for this week, I have realized that the economic benefits which migrants can bring plays a role in the granting of asylum. The strategic conditions by which certain countries allow refugees is closely tied to the economic relief they can bring the country. In recent years, the European Union has seen a decline in their economic benefits. With the exit of the United Kingdom from the European Union, who was the fourth largest contributor to the EU paying an annual fee of about 11.34 billion euros, and the threats of recession on certain countries, the European Union fears for their economic collapse.

As the European Union prepares to allow more migrants into the country, they are choosing to be extremely selective of who gets the privilege of being granted asylum. As the true definition of a refugee has been debated since the inception of the term, countries are able to twist the interpretation that best suits them in order to accommodate refugees with certain qualifications. The illegality of steps in which the EU takes in order to ensure that only the people they want receive papers is oftentimes not challenged as it is difficult for migrants to prove such injustices. By electing to not give legal papers to 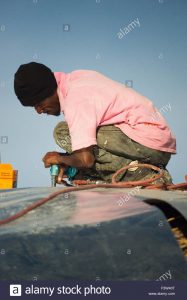 I predict that the European Union will have to adjust the way they handle refugees as many of the countries within the EU continue to have declining populations and face instability. In order to boost the economy of the EU, governments will have to give more migrants legal status in the country in order to increase the revenue potential of the countries. The hotspots will have to be reviewed, as not only do they break Article 14 of the Universal Human Declaration of Human Rights, but they limit the economic potential of countries which are facing a rapid economic decline without a population young enough to rectify generations of harsh immigration laws.

← Why keep trying?
Stopping the Stigma →