Something that struck me was how much the act of crossing can be explained as if it were an art form or an Olympic sport. It “takes both practice and strength to master” and it “is planned and trained for like a military mission.” These are things I could imagine being said by an Olympic athlete talking about their training regimen or a professional ballerina talking about the artistry and skill of ballet or even a surgeon talking about the time, effort, and work that goes into completing a surgery. It was interesting hearing the act of crossing—a treacherous, upsetting, and life-threatening human struggle—being described in the same way we could find ourselves talking about these certain talents and professions. But, clearly, the act of crossing is a means of survival. Training takes place not to perfect a talent but to escape over a 20-foot high fence and leave an intolerable world behind for a brighter future. Whereas for many of us, our heroes may be athletes, artists, or scientists, the heroes for many of these migrants and refugees are those who make the crossing and establish a better life for themselves, even if it is solely by working in the back of a kitchen. It is that tenacious act of crossing and those who have achieved it who inspire hope among those still waiting behind in the camps. Being selected to be in the first round of stormers is also considered an honor among these migrants and refugees, as it means you are one of the strongest and fastest among the group. It is striking how success and honor are defined for people in a world so vastly different from ours. 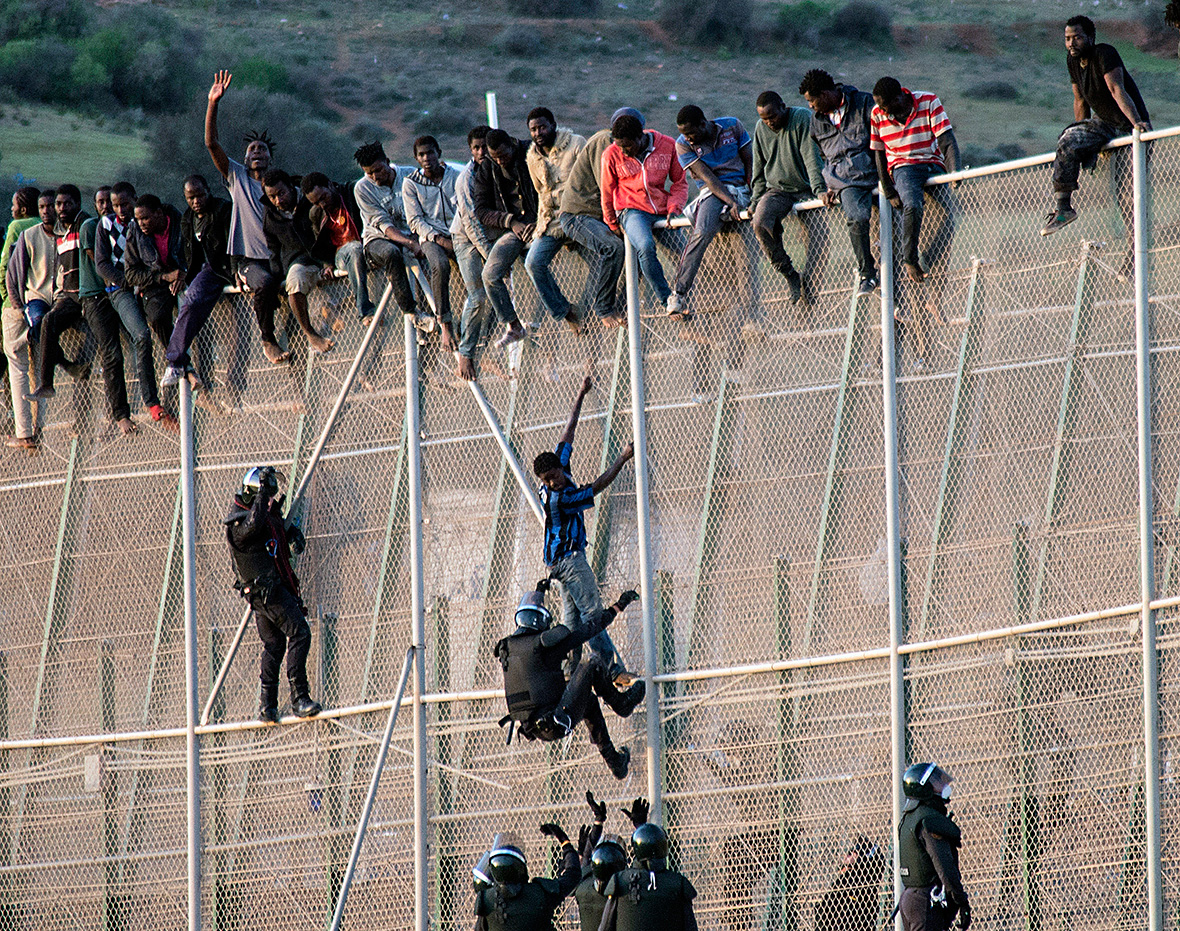 These men work diligently and prepare tirelessly for their crossing so that they may make it to the other side and have a chance at a better life. And although their chances are slim of making it all the way, if even to the second fence, it is that one glimmer of hope they tightly hold on to that keeps them pushing forward and believing in a better tomorrow. Even trying and failing is considered a success, as Dikembe states, “any crossing that we all escape alive, is a small success.” For me, this strongly emphasizes the danger and life-threatening aspect of crossing that these men take on. I admire and marvel at the sense of determination that comes from these migrants and refugees in spite of the struggles they constantly face.

Even so, many of those in the camps are, in fact, young boys still in their teens. As the article states, Beni, for example, looks “better suited for beginning middle school in the fall than crossing international borders on his own.” This put in perspective for me the unbelievably large burden that these young boys carry. These are boys the same age as many of our younger brothers, cousins, brothers of close friends, etc. Its incredible when you look at the lives of these boys and compare them to the lifestyles of young boys living in more privileged homes. In many ways, they are similar. They most likely share basic common interests such as playing sports, hanging out with their friends, and looking through their phones. However, at the end of the day, one set of boys must sacrifice their life for the sake of their families and a better life ahead—something I could never imagine having to tackle at the mere age of 14.