In Susan Sontag’s “Looking at War,” Sontag describes the way in which photography allows us to observe, consume, and relate to the pain of others. Photos, she tells us, provide powerful and moving sources points of connection through which we might better represent pain that is foreign and removed. However, even more importantly, Sontag reminds us that photos carve out exception impressions of suffering in our mind, offering neither comprehension nor identification. Photographs create visual spaces of exception in which viewers can witness atrocity in a way that is meaningful but still removed, perhaps missing entirely the way in which war causes banal, prolonged pain.

This week in class as we looked at war photographs, I was struck by one photo in particular as exemplary of the way in which photos might move us emotionally without providing narrative understanding to help us better untangle the causes and experiences of suffering through war. Eddie Adams’ photo of a Southern Vietnamese general killing a Viet Kong suspect exemplify’s much of what Sontag discusses. While the photo is gripping, portraying a man in palpable agony, seemingly living out his last seconds, it also offers no means to better understand the Vietnam War or why he was dying. While it catalyzes an emotional response, that emotional stimulation absent narrative guidance, offers sheer, raw opportunity to mobilize ideologies. Years after the photo was taken, Adams’ ended up apologizing the the general’s family, insisting that even if what he did was not right, it is important for us to put ourselves in his situation. 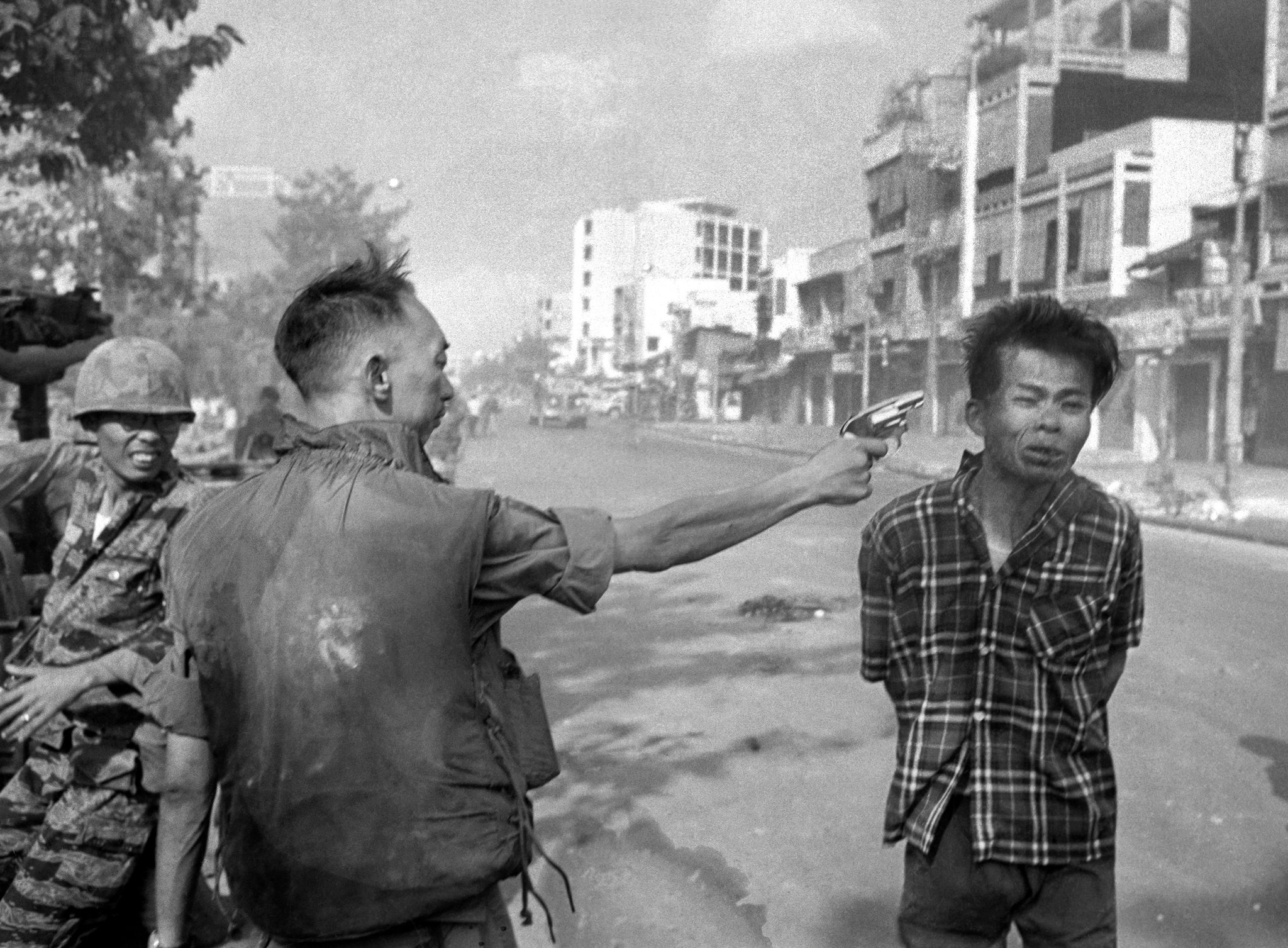 Eddie Adam’s Photo of a General and Viet Kong Subject

Adams’ words illustrate a critical reminder for our society as it consumes photos of war and suffering: that for those of us who observe the visual rendering of conflict, we ultimately cannot identify with the lived experience of war. While it is easy to criminalize men like the General in Adam’s photograph, his suffering in a war-torn state is unintelligible to us, as we relate to him through this iconic, frozen moment alone, not as a human living out a narrative existence. His pain, his life story, and his relationship to this moment are unknown to us. Adam’s photo serves to mobilize our own preconceptions of the war in Vietnam, but offers no means for understanding the general or the man murdered. As Sontag suggests, “harrowing photographs do not inevitably lose their power to shock. but they don’t help us much to understand.”

When thinking about photographs and the power they have to draw on human sympathies, Sontag clearly suggests that it is crucial to remember that photos do not offer us honest understanding into the experiences of wartime. They offer isolated and often exceptionalized representations of conflict that for the people immersed in them are far from exceptional or isolated. Thus, while me may see pain and suffering in a way that stirs us personally, it does not offer us any means through which we can truly identify with the experience of that suffering. And while our sympathies might be rallied, they are often rallied in accordance with our own preexisting beliefs, rather than in empathetic identification with subjects and places we cannot truly understand.

1 thought on “Reactions to Sontag’s “Looking at War””