In the 2008 documentary Food Inc., director and producer Robert Kenner explores the workings of the United States’ domestic industrial agriculture sector in order to uncloak the intricacies of one of the most secrecy-shrouded industries in the United States. Combining heart wrenching, vérité footage of concentrated animal feeding operations (CAFOs) with interviews from nutrition, environment, and agriculture experts, and narration from Michael Pollan, a leading author on food sustainability, Food Inc. is emotionally riveting and scientifically grounded. One of the highest budget and best received films of its kind, Food Inc. stands out in a sea of consciousness-raising documentaries about different parts of American agribusiness as a film-festival and box office success and a true inspiration for change in the diets of Americans everywhere.

Food Inc. is broken into three parts: one that explores animal confinement and the inhumane practices used to raise meat and dairy animals en masse, a second that documents the environmental and economic damage inflicted by subsidizing commodity crops like corn and soy for animal feed, and a final segment that investigates the legal and political apparatuses that enable the industry to grow unchecked by public or political restraint and oversight. It is in its detailed and broad-reaching perspective that Food Inc. finds its voice; its exposé is well-rounded, supported by data and expert testimony, and thorough in its review. It is both academically diligent and emotionally charged. Food Inc. is in every sense an excellent documentary.

Yet, like so many documentaries, Food Inc. falls prey to the perils of consciousness-raising as a political strategy, which becomes particularly apparent in the film’s exploration into agribusiness as an industry that thrives off of its ability to displace the burden of choice and responsibility onto consumers. As Food Inc. dives deeper and deeper into the multifaceted and well-crafted social and political contraptions that enable agribusiness to succeed, industry experts and interviewed farmers alike explain that the agriculture industry’s control over American diets is cemented by its ability to displace blame and shield itself from criticism. By promoting social messaging through advertising and the manipulation of federal and state laws and guidelines, the agriculture industry has created a trap for consumers. Government policies constantly lessen and deny the industry’s responsibility for the obesity epidemic and climate change while increasing costs and burdens on consumers through taxes and misdirected subsidies. With the additional promotion of salient social narratives that fault individuals for not making healthier choices, the food industry derives much of its power from its ability to constrict individuals’ choices by making unhealthy food the most cost competitive option and then blame those individuals for making “bad” decisions. It is in this process of shifting blame onto consumers that agribusiness turns critical eyes away from its practices and towards the dietary habits of the public, suggesting that things would be better and the world would be healthier and safer if only people chose differently. 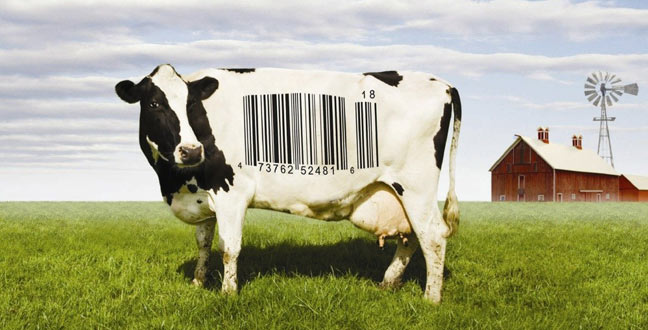 These narratives that fault consumers for mass environmental and health-related damage are toxic. Not only do they place the social burden of public health and environmental crises on low income and minority populations who are the least likely to be able to afford to use their limited purchasing power to “make healthy choices” in revolt against agribusiness, they also divert attention from the unsustainable and inhuman practices of the ever-growing agriculture industry itself. It is at the ends of such conclusions, that Food Inc.’s consumer focused approach to change seems misplaced. After a 94 minute testament to the danger inherent in investing the power of social change into a constricted and largely uninformed public (despite the film’s attempt to shed light on the secrecy that surrounds factory farming), Food Inc.’s final call for people to “vote three times a day” to change the system by making different consumption choices rings out uncannily similar to agribusinesses direction for consumers to do the same. Food Inc., ironically, pushes viewers further into the trap laid by factory farming in directing them to assert more agency of their choices, all the while acknowledging that those choices are limited and predetermined by agribusiness. Food Inc.’s call to action is nothing more than an impetus for grassroots efforts to work harder for demand-side reform of the food market, a market so large and politically protected that demand seems to have little to do with it.

While this dilemma is easily identified in Food Inc. and its associated impact campaign, similar complications in documentary’s efficacy as a tool for social change writ large are intrinsic to the medium’s form. Documentary can be powerful, moving, informative, and stimulating. But its power cannot stretch beyond its ability to move audiences. And while a vast, public audience may be a filmmaker’s dream and a necessary ingredient for broader change, it is ultimately insufficient if documentary cannot direct that audience’s efforts towards the heart of problems. While film may motivate people to act, to act in what way is an often unanswered or poorly answered question. In the case of Food Inc., the film paints the picture of a problem fraught with political protection, yet fails to answer the questions it raises about how to change the subsidy system, alter laws that restrict people from reporting on factory farm practices, or lower the costs of organic and sustainable foods. Food Inc. settles for the “do what you can with what you have” approach that agriculture relies – the very structure of demotivating the public that many exploitative and oversized industries like fossil fuel markets and pharmaceutical practices rely on.

While Food Inc. is an important contribution to the discussion about how to reform the food supply chain, it must be taken in critically, and with a cautious refusal to simplify the solution to a growingly complex problem down to “making better choices.” Until governments and markets start demanding differently subsidy and regulatory frameworks, agriculture corporations will maintain a monopoly over political power, even while consumers fight them with the full might of their spending power. Thus, in light of Food Inc., the public should reconsider not what the film demands of them, but what they should demand of those with agency over the supply chain. It is not enough to just ask the right questions to viewers. In response to Food Inc. and other documentaries that encourage us to change, we should ask ourselves the important question of what is within our power to affect and what is not. And with the knowledge that many decisions have been removed from our hands, we should be motivated to ask the right questions of the right people, forcing accountability onto those who should bear it, refusing to accept blame for a problem individuals alone did not cause.

1 thought on “On Food Inc. and Individual Accountability for Change”