Vik Muniz’s work in Brazil is inspiring in the social activist work documenting his efforts entitled “Wasteland.” Muniz himself is well versed in the poverty he captures in his art; he was born in one of the many slums in Rio De Janero and made it to America with less then 3 dollars to his name. Working in a department store, Muniz found he had a pashion for collecting the refuse that people threw out and making art with it. This unique approach to art got Muniz an immense popularity and following that rocketed him to high status in many art circles. Muniz took this fame with him to the trash heaps back in his native Brazil in an attempt to docuemnet the troubles faced by the residents there. I cannot say much on Wasteland past this point that wouldn’t spoil the amazing film, but I will leave this post with a great picture that shows the impressive scope of the social activist art that Muniz undertook. I highly encourage that anyone reading this post go and see this amazing film.

When Jared Callahan came to speak to us about his pieces, I found him to be the most relatable guest we have had thus far… at least in my personal opinion. He was very realistic about funding, where to begin projects, etc… and I also liked the fact that he told us which classes he took in college, such as production, and how they have been helpful… or not helpful… for him today. I think learning from him really put into perspective my goals in the near future, and what I should strive for as a senior at Emory.

I really appreciated Callahan’s sense of positivity that he implements in the films he creates, or at least the ones we have viewed. The fact that he always attempts to put his subjects in a good light is refreshing to see in documentaries, rather than just showing the audiences what all is wrong with the world. Like he said,

“the camera is a source of compassion.”

That really resonated with me, and I hope that I can use that idea in films that I create myself.

While watching Janey Makes a Play, it was easy to see that the filmmaker was emotionally connected to central subject, Janey. I feel like otherwise the documentary as a whole would have never been created. 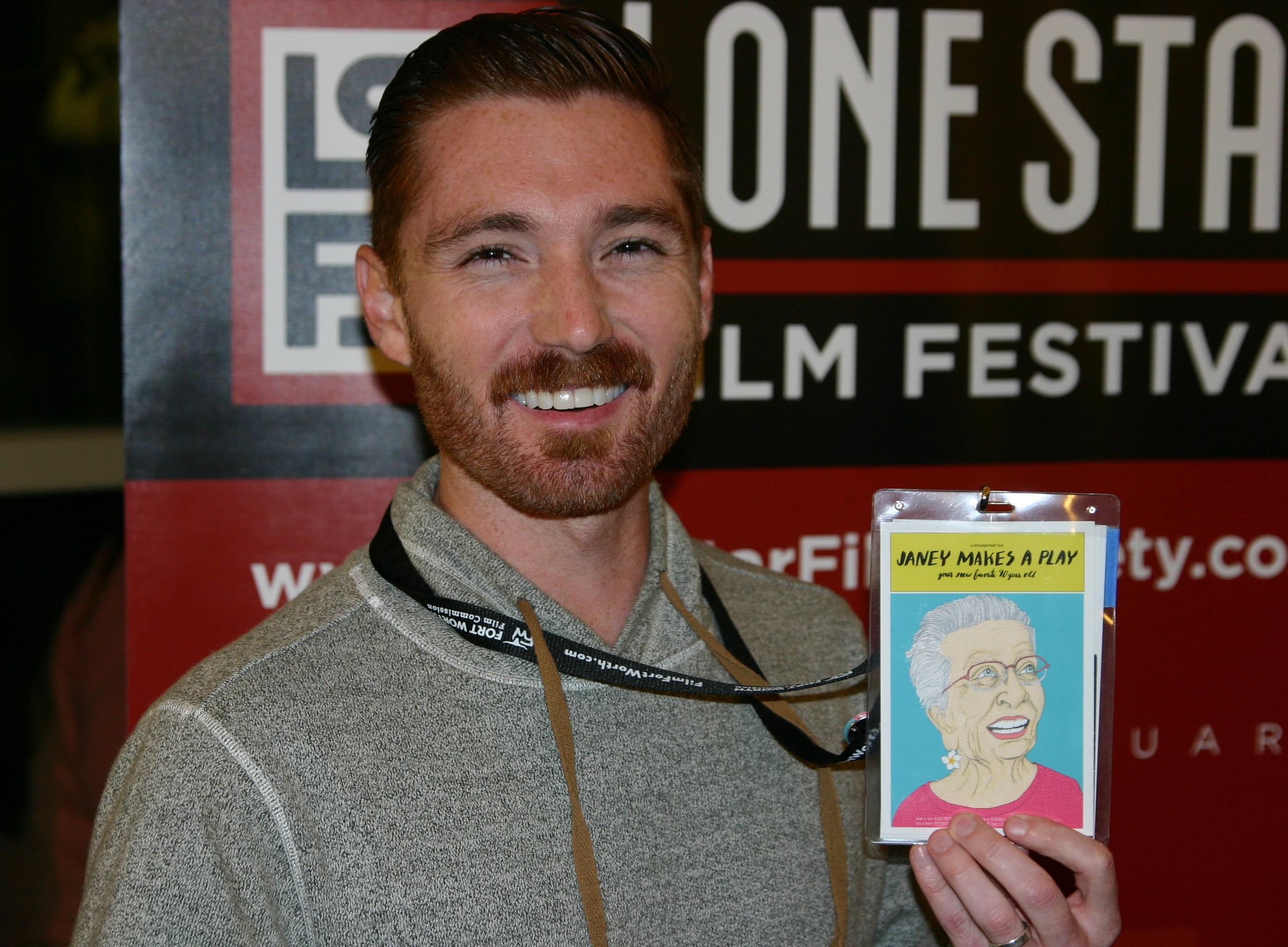 While watching, I admired Janey and found her entire story to be entertaining. However, I did feel a sense of a disconnect. It might have been because I have never met this woman, or simply because this community theater is a place I have never been to. I’m not entirely sure of the cause, but I did feel a lack of connection to this documentary, and found my eyes glazing over at times, maybe just because I do not know those people, and have no personal connection. I also wonder if because Callahan knows her and always wants to put a great face on his characters, if that this created a sense of falsity within the movie as well.

I think my favorite films of the three was definitely American Moderate. Being from Texas, a state that has a VERY large Republican background, I found myself relating to Liz’s character. My father is a die-hard conservative Republican, and my mother is socially Democratic. At times dinner had some heated conversations haha. Regardless, I think that Liz’s story is one that we can all relate to. This presidential campaign has had the most media involvement in history, and this fact definitely effects the polls, along with family, friends, etc…

In the documentary, I liked how we never found out who Liz voted for. This ultimate question is then sort of asked to the audience– who do THEY want to vote for? I also think that not having her say in the film who she voted for was interesting because it also expresses the idea that media (including films) should not effect one’s own personal ideas and political opinions.

However, after finding Liz’s twitter account that she spoke of so much, it is clear to me that she has indeed voted for a particular candidate, and I think her saying so on Twitter sort of diminished my delight while watching. I wish I didn’t know, because then the mystery question would have been for the audience to decide.

I found The Many Friends of Sommer Caffarella to be the most uplifting for any audience to watch. It could easily touch anyone’s heart and reach to a broader audience. I think it was a good decision of Callahan’s to not have a tone that just basically says “feel sorry for those with disabilities,” but rather shows them as people, in this case Sommer. In this way, Callahan was able to go into a much larger issue in society through Sommer’s personal life, and how she dreams of being a star.