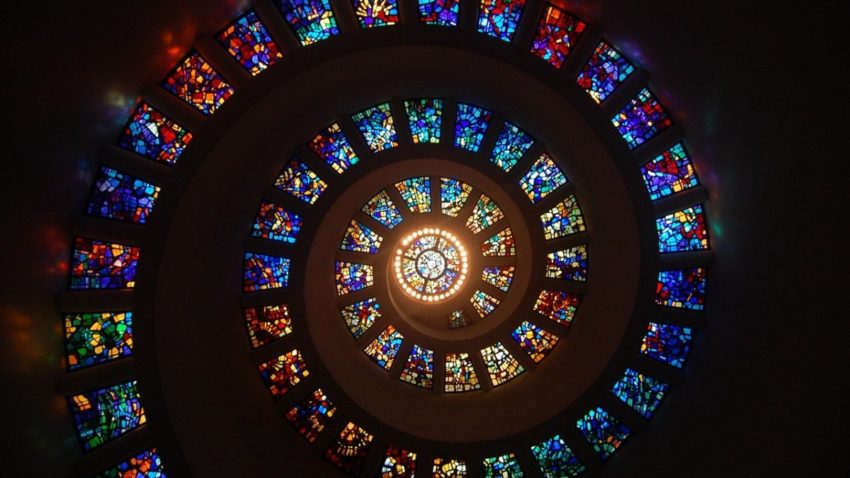 Image by msandersmusic from Pixabay

“Returning to the “still face paradigm,” we might ask: what lessons are inevitably learned by those currently struggling within a society that appears unresponsive to human need and suffering? How should we respond when the state is unresponsive? Contemporary Western societies are typically organized around values of individualism and autonomy and reflect a faith in free market “principles” to provide for the collective welfare.7 In its extreme form (as in the United States of America), the state is seen as mostly unnecessary to individual and institutional prosperity and urged to get out of the way. In this type of neoliberal market-oriented society, belief in privatization and efficiency have not only prevailed, but triumphed, over more socially attentive and responsive models of society. What happens to social cohesion and trust when the individual is held to expectations imposed by a regime of “personal responsibility,” tempered slightly by some recognition of “individual rights” against state excesses? It is a society built around competition, not compassion.

The primary concern of this chapter is the damage that occurs to the social fabric of a society when the failure to thrive is blamed on the individual, and the social institutions and relationships upon which we are all dependent have been drained of the resources they need to provide the minimum component of the constitutionally mandated equality of opportunity and access. It laments the incoherence in the related and contingent social institutions that populate the complex global and market-oriented societies that have been created in the past several decades. These are societies where the means for individual survival, as well as the possibilities for flourishing, are cavalierly assumed to be within an individual’s grasp, ideally not requiring any sustained governmental responses.

Rather than accepting this designation of individual responsibility, we should be asking ourselves, and those politicians and policy makers who shape our institutions, a bevy of hard questions; we should be demanding answers that reflect at least some recognition of social responsibility. To start this inquiry, let us ask those politicians obsessed with austerity to imagine what lessons children learn when the books and other materials they are provided in public schools are outdated and incomplete and the equipment required for even a modestly adequate technological education is both worn and sparse? What do these children understand as necessary for a fulfilling life when music and art are missing from the curriculum and physical education is deemed a luxury? How do children understand the value society gives them when the buildings in which they are “educated” are desperately in need of repairs and their local community refuses to generate the resources necessary to address the problem? How do these children understand their society’s sense of justice and fairness when, at the same time they are experiencing deprivation, they see a multimillion dollar sports complex or some other symbol of societal indulgence for the well-off being constructed with the assistance of public resources?

This is not just an exercise to engage from a child’s perspective. For everyone, the significant question should be: how do we understand and evaluate “justice” when the state acts (or fails to act) in seeming ignorance of the economic and social contexts in which its citizens find themselves? What lessons are learned by those who are ill, elderly, and disabled when they are abandoned to the whims of for-profit insurance companies or the degradation of a public system that views them as failures and potential cheats? How should we judge a society that allows its most-in-need citizens to suffer or die unattended because state protection is seen as “insulting” and a denial of “agency?” And, what lessons are learned from those dependent and needy family members (particularly children) when the state is cautioned not to interfere in that private family, even to protect some members against the neglectful, harsh, or abusive treatment of others except in extraordinary circumstances? What is the response of those abandoned to their assumed autonomy and liberty in a system that privileges privacy and valorizes profit maximization over a norm of welfare provision?

Even those who seem fully engaged with social institutions should question the allocation of responsibilities and rights those institutions have been constructed to contain. What lessons are there for employees and workers when their collective interests are undermined and fragmented into ineffectiveness by perversely named “right to work” laws? When attacks on unions are validated by governmental officials? Workers are left to grapple with the dictates of an increasingly remote employer in an “at-will” employment system; one where employment is the supposed source of welfare benefits, such as health insurance and retirement or social security. What recourse do they have when the legal system provides them little protection from the employer’s obsession with efficiency and profit and instead asserts a perverse and hollow rhetoric of equality of liberty which disregards the existing power inequality within the employment relationship? What is the recourse when the meager rules that protect worker health and safety are vilified by multinational corporations? And the politicians whom they influence argue such protections are an unnecessary interference with free markets and threaten to repeal them?

What recourse is there for all of us when those same corporations attack environmental protections, calling them inefficient and unnecessary restraints on a free market, leaving individuals alone to bear the health and other burdens that result in the name of “growth” and “progress” (but, which actually result in an obscene glut of profits to be held by very few while burdening the rest of us with economic and health consequences for which we will be individually responsible)? Who answers the question of why the Dow Jones index is considered newsworthy of hourly reporting, while the number of children without health insurance or going hungry and the very visible and verifiable consequences of climate change are ignored? Such social harms are reported (if reported at all) by those in positions of power as “aberrations” and “exceptions” to a market system we are assured is functioning efficiently and in the interests of all. The “private” market’s routinely generated negative social consequences are either ignored or justified by a government increasingly uncaring and unresponsive to individual circumstances and needs.

The list of social arrangements leading to individual and collective disillusionment with the promises of equality and justice could go on, but the central, overriding question – the question that begs for answers steeped in a sense of social justice and compassion – is: what are the lessons we inevitably all learn from our contemporary political system and its fixation on individualism steeped in an “ethic” confined to personal responsibility and  a political rhetoric that extolls the virtues of a restrained state and the primacy of market-based social justice? Such an approach to governance asserts and reifies (against realistic assessments of the human condition) the values and virtues of individual independence and liberty and ignores (and sometimes expressly either exploits or vilifies) the reality of human vulnerability and dependency. Ironically, at the same time as the modern state validates and facilitates the perceived needs, ambitions, and appetites of collective economic entities, such as the corporation and other contractual relationships, it fractures and diminishes the social dimension of collective life, isolating individuals and abandoning them to an empty and unrealizable liberty.

The compelling task in the twenty-first century is to address the seeming abdication of state responsibility to the individual that has emerged in modern societies, which seem  much more attuned to the  needs  of the market. What language and concepts can challenge the relentless rhetoric extolling individual independence and glorifying personal responsibility? How can we articulate a compelling argument for the recognition of a collective responsibility to the individual; one that does not revert to the illusion of a meritocratic and unencumbered market as the means to creation and just allocation of social goods? How do we demand that the state be both responsive and compassionate? How do we demand that the state and its laws responsibly appreciate and respond to the realities and limitations of the human condition and accept the attendant responsibility that, of necessity, confers on the state and the institutions it has created to govern our relationships with each other?”