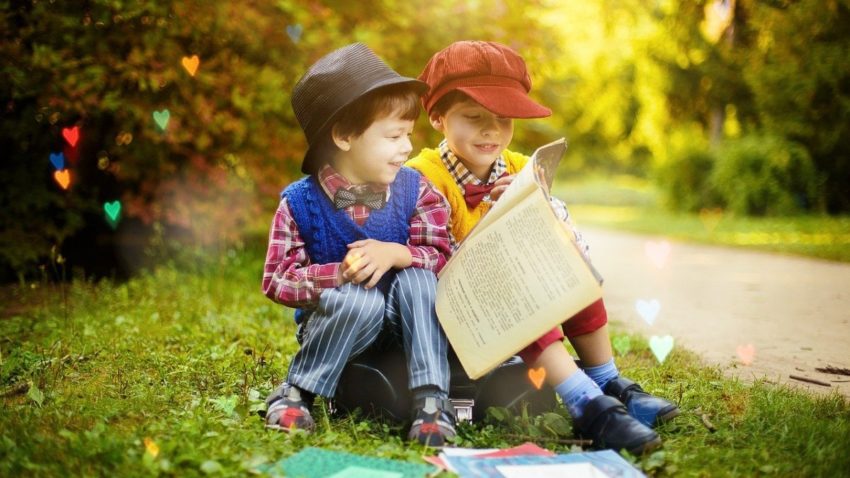 Because of the harms homeschooling causes to children and society, it should be prohibited. We reach this conclusion  recognizing that even if homeschooling is prohibited, parents would still be the primary influences on children.

A. Prohibiting Homeschooling to Protect Children and Society

One strong reason for prohibiting homeschooling is the harm it causes the child and society. It is an unreliable way to ensure children gain the necessary resilience they need to take advantage of future opportunities in both education and the workplace. It also may impair their sense of solidarity and citizenship by eliminating empathy-building encounters with people who are different demographically or ideologically.

Although these arguments for prohibiting homeschooling are not often heard in the United States, where homeschooling has unusual support, they are mainstream in the many countries where homeschooling is prohibited. For example, the European Court of Human Rights used similar reasoning when it held that the CRC made homeschooling illegal in Germany. Germany is not alone in prohibiting homeschooling. Many other countries similarly prohibit or do not legally recognize homeschooling, including Argentina, Brazil, Bulgaria, Croatia, Greece, Kenya, Malta, Netherlands, Romania, South Korea, Spain, Sweden, and Turkey.  In  many other countries, homeschooling is legal but heavily regulated, often requiring home inspections and yearly exams. Such countries include Aruba, Czech Republic, Estonia, France, Hungary, Iceland, Malaysia, Norway, Portugal, and Slovakia. Even in the countries that do permit homeschooling, the number of children who are homeschooled is much smaller than in the United States, both as a fraction of total students and in total numbers.

B. Parents Would Still Be Children’s Primary Influences

Note what we are not saying. We are not arguing that parents should have no influence over their children’s views and development. We are not saying that the government should usurp  the parents’ role and completely take over their children’s education. Parents can legitimately attempt to shape the views of their children, but children should also be exposed to other views. Regardless of whether parents homeschool, parents are a major influence on their children’s development; they generally have more access to their children during their formative years than anyone else. Even parents with a child in public school still have the opportunity to influence the child’s development hugely. The child may attend school for thirty-five hours a week, but for the remaining seventy waking hours each week, plus vacations and fifty-two weekends each year, the child is subject to the parents’ influence. Children attend public school only a total of approximately 1260 hours per year, out a total of 5475 waking hours.  That is, a child who attends public school  is there for only 23% of her waking hours. The parent controls the remaining 77%. The European Court of Human Rights made this point in its decision to prohibit religious-based homeschooling in Germany.

A prohibition of homeschooling and other means of intellectual isolation of children will appropriately balance the interests of  parents with the responsibility of the state to ensure access to resilience-building institutions. Such a prohibition allows parents the opportunity to be a primary influence on their children’s development, while also permitting children modest exposure to alternate views, particularly democratic values of tolerance and inclusion. This exposure helps provide children with the ability as adults to assess and eventually choose for themselves among competing values.

Even this balance heavily favors the parents’ influence on value formation. Even if a child attends public school, the parents still control more than three-quarters of the child’s time. This is why, in adulthood, even children who have attended public school often share their parents’ values. But the exposure to influences other than their parents, even for a small time each week, offers the child at least a chance to choose independent values.

C. Regulating Homeschooling Would Be Ineffective

Some might argue that, instead of prohibiting homeschooling, it could be regulated and monitored heavily to prevent homeschooling’s harms. Parents could be monitored to ensure that they exposed their children to a diverse group of people. The curricula that homeschooling parents taught could be watched and controlled so that the parents neither taught falsehoods nor neglected the child’s education.

One can imagine that attempts to control the content of the materials parents used in homeschooling would raise serious objections from its advocates. There might even be some First Amendment concerns: the government would be telling parents what they could, and could not, tell their children, and the government would punish parents who violated the requirements. At a minimum, content regulation is inconsistent with the ideas of parental privacy and rights espoused by many homeschooling advocates.

An example from Canada is instructive. In 2012, the province of Alberta enacted a new Education Act designed to address hate crimes. Section 16 reinforces the Albert School Act, which makes schools “reflect the diverse nature” of the province in their curriculum and provides that schools must “honour and respect” the Alberta Human Rights Act—a law amended to add as an explicit purpose the protection of the LGBT community from discrimination. The Education Ministry interpreted the School Act to prohibit homeschools, private schools, and Catholic schools from teaching students that being gay is a sin. As Donna McColl, Assistant Director of Communications for the Education Minister put it, “Whatever the nature of schooling—homeschool, private school, Catholic school—we do not tolerate disrespect for differences.”

The response by Paul Faris of the homeschooling group HSLDA about the message the Ministry of Education sent is instructive: “[The government] is clearly signaling that they are in fact planning to violate the private conversations families have in their own homes. A government that seeks that sort of control over our personal lives should be feared and opposed.”

Homeschoolers’ outrage over the possible effects of minimal government regulation of homeschooling within the home is a strong argument as to why homeschooling should not be permitted to displace public education. If a homeschooling parent can be  compelled neither to teach civic virtue and respect for law nor to submit to the most basic monitoring and regulation, then the only alternative is to prohibit homeschooling, so that the child will be exposed to those lessons in a school setting.

There should be some concern about whether a privatized educational system—including homeschooling—as it is loosely and relatively unregulated today, can adequately meet the public need. Specifically, there is serious doubt that a privatized system can  ensure the public or social benefit that was a main justification for public education initially.

This line of questioning involves not only concern with the specific substance of instruction—whether it includes lessons on the virtues  of toleration of difference and the wisdom of political compromise— but also the informal messages delivered through institutional culture, diversity, and operation. If the concern is merely with formal  content, perhaps the development of state requirements and regulations can provide a means for the public need to be incorporated into private education.

This raises an additional, more fundamental question: Is it possible to separate out the nature or qualities of the good that an education provides from the method and location of that education? Traditionally, private education is conceptually distinguished from public education. Indeed, private education is often organized around perceived differences; it is “elite,” “religious,” “ethnically- based/values-oriented” education, or is directed to the special needs of differentiated students, such as those who are bullied or disabled. The nature of the modifications to education certainly communicates a sense of specialness, exclusivity, and superiority in these alternatives that distinguishes them from inclusive, non- distinction-drawing public school.

Regulation of private content would probably be insufficient to eliminate the problems that abandonment creates. When entire demographic groups abandon a public school, the benefits of diversity decline in the public school, regardless of what the abandoning groups study in their new enclaves. Moreover, as we discuss elsewhere, the abandonment sets in motion economic forces that may destroy the public school because of the loss of the resources—in money, time, and influence—that the abandoning groups control.

A stable and democratic society is possible only with widespread acceptance of some common set of values and a minimum degree of literacy and knowledge on the part of most citizens. Public education contributes to both. In consequence, the gain from the public education of a child accrues not only to the child or to his parents but to other members of the society; the public education of my child contributes to other people’s welfare by promoting a stable and democratic society. Conversely, when families abandon public education by homeschooling or other forms of choice, they harm everyone else. This simple insight underlies what economic analysis shows: in the market for education, choice and competition are harmful, not helpful.

Contrary to the arguments of conservative economists, allowing homeschooling and private schools to compete with public schools does not improve public schools. Instead, the competition inevitably causes public schools to deteriorate. While in the free market this competition might be expected to produce a stronger system, public education occupies a particular niche in our market economy where the opposite occurs. Students did not originally move from inner-city schools to suburban schools and private schools primarily because  the inner-city schools were defective: “Before Brown [v. Board of Education], many white urban public schools were excellent, among the best in the country.”

Instead, choice and competition with public schools caused the urban public schools to decline. After Brown, the availability of choice allowed white families to abandon newly-integrated urban public schools. For example, during the “Massive Resistance” following Brown, many white families, to avoid keeping their children in public-school classrooms with African-American classmates, moved their children to private-school competitors; many new private schools had opened to offer whites a haven from blacks. Others exercised geographic choice, moving to schools in all-white suburbs. Some others homeschooled. The end result was that urban public schools declined. The cause of the decline was the  availability  of educational choice.   That is, competition harms public schools, not helps them.

Public schools do not benefit from the competition created by homeschooling and other forms of choice because of special characteristics of the market for education that create so-called “market failure.” In normal markets, such as the market for  groceries, competition can usually be expected to improve products by disciplining the producers and forcing them to strive to meet consumers’ needs. However, schools are not tomatoes. As shown in greater detail elsewhere by this Article’s authors, special characteristics of the market for education create conditions that guarantee that competition will harm public schools, not help them. In such markets where market failure exists, standard economics suggests that government intervention is appropriate—such as through prohibition of competition.”