It is that time of year again where rainbows, glitter, parties and celebrations of love will be colorfully displayed around the city. You may be asking, didn’t Pride just happen in June? Yes, yes it did. A little context: The first Atlanta Pride (unofficially named) originally occurred in June 1970 at Piedmont Park to commemorate the Stonewall Uprising in 1969.  However, in 2009, due to park and drought regulations, Atlanta Pride was moved to October. Conveniently, the celebrations coincide with National Coming Out Day on October 11. 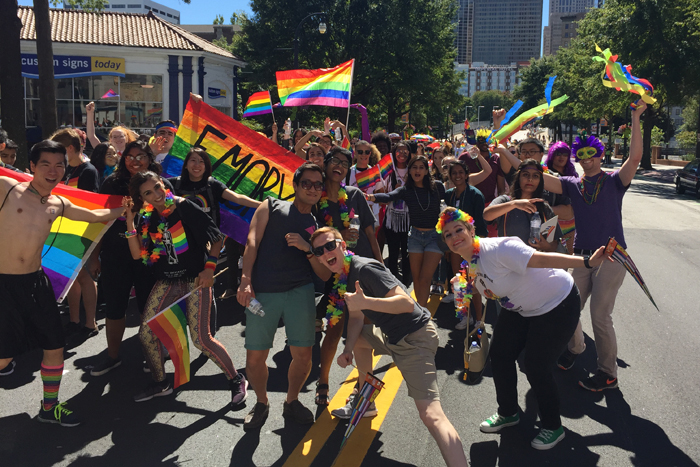 The Emory contingent at the Atlanta Pride parade in 2016.

So, if you still have some glitter, your flags, and other Pride paraphernalia, I have a few events and lists of events for you to check out in the month of October!

It’s going to be crowded, so plan your transportation accordingly. Have fun and be safe!