“Who are you? What do you care deeply about in the world?”

These are the questions posed by photographer Dawoud Bey to members of the campus community when he commenced The Emory Project in 2010. This project followed his highly regarded exhibition “Class Pictures” that featured profiles of individual high school students from three very different schools in Chicago. Instead of distant or unusual places, he seeks to “take a closer look at ordinary surroundings.” 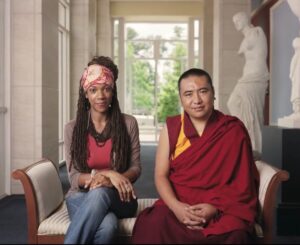 Commissioned by the Visual Arts Department, and supported by a cross-disciplinary cohort of programs and centers, “The Emory Project” focused on bringing together members of the community who ranged across categories of age, ethnicity, and roles. The 40 pairings included maintenance staff, athletic directors, faculty, administrators, and students. Selecting people from “different social segments of the Emory community to sit together momentarily,” each photograph demonstrates the diversity of the Emory community. Individuals might not ordinarily cross paths during a regular day, but they inhabit related environs.

All participants contributed a statement in response to Bey’s questions regarding how they see themselves beyond their Emory identities. Thus he explored the “inner person,” beneath the surface, through photography.

Videographer Hal Jacobs, who documented the campus visit of Dawoud Bey (https://vimeo.com/28812211), comments on “how ritualistic and almost solemn the process was.” In fact, “the large-format camera lent such formality to the proceedings, elevating the simple act of taking a photo, especially when he disappeared behind the black curtain.”

The project came at the conclusion of the five-year Transforming Community Project, which delved into Emory’s experiences of human difference, past and present. This work illustrated shared meaningful moments. 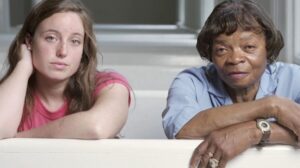 The photographs from “The Emory Project” were originally on display in the Visual Arts Gallery of the Atlanta campus in 2011. After that, 18 were acquired by the University, and they were exhibited and maintained in Language Hall on the Oxford campus until 2021 when they were put into storage for a time and then subsequently transferred to the Rose Library to become part of its photography collection.

Since his time at Emory in 2010, Dawoud Bey has continued to create new art and is now considered one of the most influential photographers of his generation. In 2020, the San Francisco Museum of Modern Art (California) and the Whitney Museum of American Art (New York, New York) co-curated a major retrospective of Bey’s work. His work is also part of the High Museum of Art Collections.

When we look at the Emory photos today and read the responses that participants gave to the questions posed, we see that “The Emory Project,” remains relevant and touching. 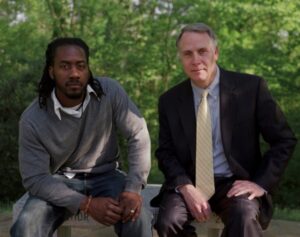 Discussions are underway regarding a future exhibition to share these moving double portraits again with the Emory community. Since his time as an artist in residence at Emory, Dawoud Bey’s work has reached further international recognition. As well, the portraits of individuals on campus provide a portrait of the entire Emory community.

In October 2021, the Dawoud Bey photos were removed and temporarily placed in storage. Shortly thereafter, they were formally transferred to the Stuart A. Rose Manuscript, Archives, & Rare Book Library in order to be maintained and available to future generations of students, faculty, and scholars. Somewhere along the way, in these various moves and transfers before arriving at the Rose Library, two framed photos went missing. We are asking members of he Emory community to join with us in locating them. While we don’t have good image documentation of the missing images, there are some important signifiers:

In one, then-professor Von Mueller is wearing a patterned brown short sleeved shirt and his signature hat, while undergraduate Michael David is wearing a turquoise tee shirt. They were filmed in the lower level of the Schwartz Center for Performing Arts.

In the other, Margaret Dugan, director of financial services at Oxford College, and Saba Kabir, undergraduate, were filmed sitting in historical white church pews. Margaret is wearing a teal top and Saba a white tee shirt.

If you have any information about these two artworks, please contact the Emory Police Department at their dispatch center, 404-727-8005.

Rose Library has published a finding aid for the 16 remaining Dawoud Bey photographs and library users are welcome to request to see the material in the Rose Library reading room. We are hoping the portraits will be on exhibit again soon. 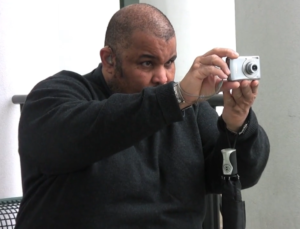