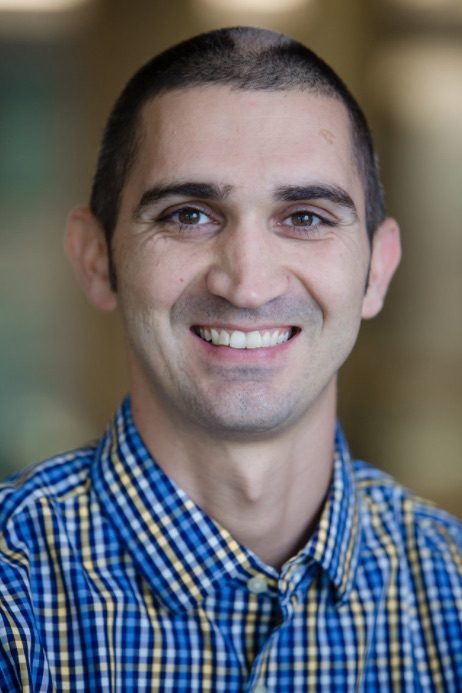 Bill was born on Long Island, NY in 1981. He received his B.S. magna cum laude in Chemistry/Business from the University of Notre Dame in 2003. As an undergraduate, he investigated intramolecular hydroamination reactions under the tutelage of Professor Paul Helquist. Bill then moved to Philadelphia, PA to begin his graduate studies at the University of Pennsylvania working with Professor Amos B. Smith, III. His graduate work focused on both the total synthesis of peloruside A and the development of Anion Relay Chemistry (ARC) culminating with a Ph.D. in 2008. Bill then traveled to Harvard Medical School as a Ruth Kirschstein-NRSA Postdoctoral Fellow in the laboratory of Professor Christopher T. Walsh, where he investigated unusual enzymatic transformations in the construction of non-ribosomal peptide natural products.

In July of 2011, Bill began his independent career as an Assistant Professor at Temple University,  was named the Daniel Swern Early Career Professor of Chemistry in 2016, and received tenure in 2017. He moved to Emory University as an Associate Professor of Chemistry with tenure and also as the inaugural Georgia Research Alliance Distinguished Investigator that same year. In 2021 he was promoted to his current position of Professor of Chemistry. His research focuses on the modification of natural products through total synthesis in an effort to develop innovative, pathogen-specific therapeutics. Bill is the recipient of a number of awards including the NIH ESI Maximizing Investigators Research Award (MIRA), NSF CAREER Award, the 2017 ACS Infectious Diseases Young Investigator Award, the 2020 David W. Robertson Award from the ACS Division of Medicinal Chemistry, the New Investigator Award from the Charles E. Kaufman Foundation, the Thieme Journal of Chemistry Award, the Young Investigator Award from the Center for Biofilm Engineering at Montana State University, and the Italia-Eire Foundation Distinguished Teacher of the Year Award from the College of Science and Technology at Temple University. He has also been selected as a Leshner Fellow by the AAAS and a Scialog Fellow by the RCSA.

Bill is also very entrepreneurial in spirit and strongly believes that scientific research should have some translational benefit. As evidence of this viewpoint, he founded the startup company NovaLyse Biosolutions focusing on developing next generation antiseptics while at Temple University and is also the holder of a number of patents on antibiotic scaffolds. Since arriving at Emory he has also founded the Emory Biotech Consulting Club, which partners with the Office of Technology Transfer, to engage graduate students in early stage consulting experiences with startup companies at the university. Most recently, he has been involved with a number of innovation initiatives around campus and at the medical school.

Bill is an avid sports fan, with allegiances to the NY Yankees, NY Giants, and his alma mater, the Notre Dame Fighting Irish. Outside the lab he enjoys spending time with his wife, Liesl, and sons, Max and Simon.